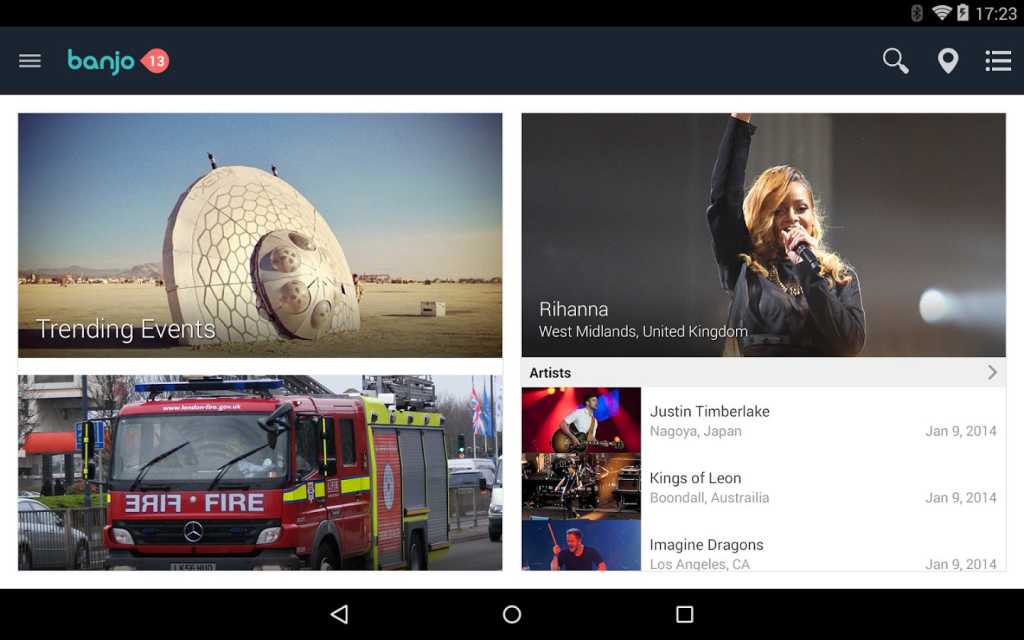 In my last column, I made the point that viewing cloud computing as merely providing greater agility – that is, faster access to computing resources – fails to grasp the full potential it provides. What cloud computing supports is far more valuable than the capability to do the same stuff faster. Its true value lies in its capability to enable innovation – doing different stuff that couldn’t be done before.

To illustrate this, I cited the example of Opternative, a company that has just had its online eye examination technology approved by the FDA. Opternative uses cloud computing to innovate the eye correction value chain in two ways:

Far from the madding crowd

I found the comments to my column quite interesting. Several commenters were dismissive of Opternative; some noted that Opternative was not capable of identifying serious eye conditions, while others seemed to more or less be proclaiming that the existing system couldn’t be improved upon.

The first set of comments focusing on Opternative’s inability to diagnose medical conditions are quite correct. You still needs to visit an optometrist to evaluate eye health, but that can be done less frequently, with Opternative being used for vision acuity evaluation.

The second set of comments are fascinating. They reflect an inbuilt human tendency to identify with things as they stand, and a complementary inability to envision anything improving the current practices. This sort of attitude was on display at the time of the first iPhone launch, when people dismissed it and claimed that nothing could improve on the then-market leader, Blackberry.

From eyes to feet (maybe even inches)

In this column, I want to discuss another company’s offering and how it leverages cloud computing to disrupt current industry methods of operation, but also discuss its potential to disrupt market leaders and remove their current advantages. Moreover, this company has the potential to disrupt several industries, a couple of which are significantly larger than eyewear.

I came across this company called Banjo by accident. Its offices are located on a side street near a movie theater I often frequent. I saw the name and wondered what the heck the name Banjo might mean. An uber-specialized music store? A digital agency, since they all seem to sport unusual names used to exemplify their zany creativity?

I did a Google search and found out that Banjo – the brainchild of Damien Patton – is, in fact, a social media data-mining company that, rather than tracking an individual, tracks a physical place, through all the social media streams that emanate from it.

In other words, it’s a “where,” not a “who” system, and it automatically mines those streams to identify important events that subscribers are interested in. Banjo has subdivided the planet into football field-sized grids and established baseline social media streams for each (e.g., Times Square has lots of info on big billboards and pictures of the Naked Cowboy). The information these streams present may be text (a tweet that contains the word “fire”), photos (Banjo has image recognition capabilities) or video.

If the baseline stream changes significantly, Banjo identifies the anomaly and alerts customers who are tracking that grid location. By grabbing information posted by users on the spot, Banjo can identify important events far faster than traditional mechanisms (e.g., police radio transmissions from first responders). An example of this kind of speed advantage was how quickly Banjo identified a campus shooting, well before any “official” information became available.

Early subscribers to the Banjo system are news organizations, who use it to identify breaking news locations. These organizations also use Banjo functionality, which presents the events in a timeline, to create broadcast montages of different posts, as well as contact individuals who have posted information.

Why do I say it’s disruptive?

Well, as I noted, early subscribers are news organizations that integrate information turned up by Banjo into their existing news offerings. However, I think that is only the first, incremental use of Banjo. After all, what the existing organization does is feed Banjo information into a system laden with expenses associated with physical locations, filming and sound equipment, and high-priced talent. There’s nothing stopping a couple of individuals from doing reporting based on Banjo feeds from the comfort of their spare bedroom.

Moreover, right now the feeds have to be mined to fit into the constraints of the new organization programming – topic type, time limitations and so on. An innovative “two person and a dog” organization could focus much more in-depth on specialized topics it has expertise in, and broadcast it over real-time YouTube, paid for by online ads.

A small news organization could find such an operation profitable enough to build a business. All of a sudden, the advantages of the establishment news organization – size, physical assets, high-priced talent – become liabilities, high-cost activities with little advantage over the cheap-and-cheerful online operation. And this isn’t even to mention opportunities further afield – real-time reports on music events, conventions, etc.

But I think the opportunities associated with news pale in comparison with where the really big opportunity lies – finance. In a field in which milliseconds mean money, Banjo’s ability to identify important events 30 or more minutes before anyone is aware of them offers enormous opportunity for financial firms.

To show the power of getting important financial information early, recall the seemingly apocryphal tale of how the Rothschilds profited from Napoleon’s Waterloo defeat by learning of it via pigeon before everyone else got the news. In fact, a feature in Inc. magazine piece gave an example of Banjo learning of an oil fire well before oil traders; someone monitoring Banjo could evaluate how the fire will affect the oil market and move early to benefit from price moves.

Compared to the financial services industry, the news business is an accountant’s rounding error. Finance is a multi-trillion dollar industry that thrives on how events affect asset values. Banjo holds the potential to provide early insight and will be worth an immense amount of money for anyone seeking temporal advantage for investing opportunity.

Naturally, Banjo runs all its technology in the cloud. The volume of feeds, and the computation to analyze them, is enormous. As you can imagine, the feeds associated with an important event can spike the information flow of a particular grid location by a factor of 10,000 in a matter of minutes. Trying to accommodate that with a fixed pool of infrastructure would be completely unworkable. So cloud computing turns an unworkable technology into something that can be implemented, and allows the innovator (Banjo) to focus on creating a new offering, and thereby disrupting an established value chain.

What I found most interesting about Banjo is how it has assembled an innovative solution from existing resources – social media, cloud computing, mapping – and very clever algorithms that analyze the data feeds. This is a solution that literally couldn’t have existed five years ago but, by leveraging resources that have recently developed, Banjo has created an innovative solution that holds real potential to disrupt very large, long-established industries.