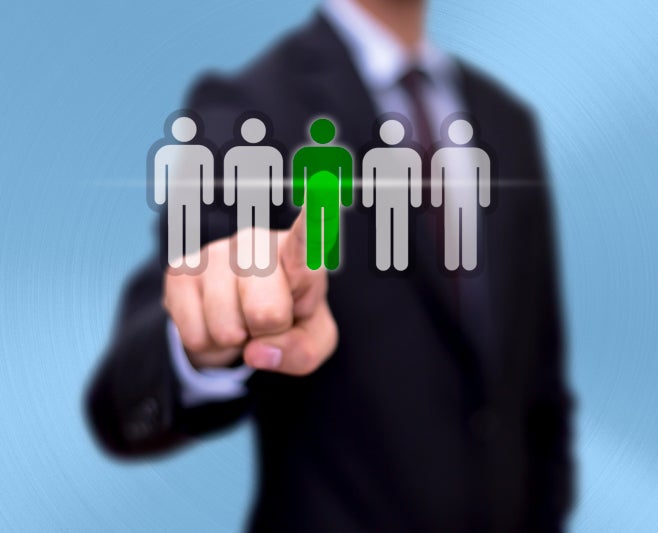 As technology becomes increasingly woven throughout the fabric of business, it’s incumbent on CIOs to build a deep bench of IT leaders that includes one or more candidates who can step into should they move to a different position or retire.

Ideally, these CIOs-in-training will make the organization stronger, helping companies meet their fiduciary responsibilities to shareholders. But CIOs say identifying candidates can be challenging at a time when talented professionals can make good money using technology to drive innovation without the hassle of the board looking over their shoulders.

“It’s every leader’s responsibility to plan for his or her eventual departure,” says Jay Ferro, CIO of the American Cancer Society.

Succession planning may seem like common business sense but it wasn’t always a requirement for corporate IT departments, historically tasked to make sure the computers worked. More organizations now look to technology as an engine for business growth and must have a succession plan for the CIO. “IT used to just keep the lights on, but now they’re using IT to create a competitive advantage,” John Reed, senior executive director at Robert Half Technology, says. “In many organizations today, the IT group sits with the business group and is very involved in strategic decisions.”

Ferro, who joined ACS in 2012, says that he has about five candidates who will be capable of doing his job in one to two years, with proper mentoring. Preparing the company in the event something happens to him is good corporate responsibility. “It mitigates the risk to the organization that if I get hit by a bus or win the lottery we’ll be in good shape,” Ferro says. That might create a sort of tension for some leaders but Ferro says that CIOs who feel threatened by talented subordinates might not be the leaders their companies need. “A players hire A players,” he says. “B players hire C players because they feel threatened.” He also says he challenges his direct reports to identify three people that can take their role, further buttressing the company’s IT ranks.

Succession planning starts at the top

Succession planning is often driven by the board of directors and CEO. Ferro says that while he learned about succession planning while working at insurance company AIG, ACS’ board is “very keen” on the work because it mitigates risk. But, generally, he says a good succession plan is vital for CIOs who want to cultivate a good legacy for when they leave. “You don’t want to disrupt a company that is meaningful to you,” he says.

[Related: Are You Ready to Replace Yourself? ]

Owens Corning CIO Steven Zerby, whose succession plan includes both external and internal candidates, says the work requires the delicate balancing act of finding time for candidates who typically have “big jobs” as heads of infrastructure or application development to learn the CIO role while still performing their daily duties. For example, a CIO might invite his mentee into a weekly meeting with a CISO to learn how CIOs interact with other business partners. He says it’s crucial that CIOs make the time to let candidates see what they do so they can learn how to prioritize tasks, and when to purchase technology or build solutions internally. “The trick is carving off time for them to be watching and learning,” he says.

Not every organization looks inward for CIOs. In fact, a quick perusal at CIO hires of Fortune 500 and larger organizations over the last few years suggests companies simply went out and bought a CIO. Marc Cecere, a Forrester Research analyst who has helped the likes of Disney, Capital Group and NASA redesign their IT departments, says that some companies look at external candidates when they don’t feel they have the staff on hand to accomplish a crucial project. Cecere says knows of one company that hired an external candidate to consolidate seven application groups into one. “They needed someone who could manage the applications, as well as work with the business leaders, so they targeted someone from outside the organization to take over the group,” he says.

Most organizations don’t have succession plans at all, says Reed. Of 1,400 IT leaders Robert Half Technology surveyed in 2012, only 20 percent had such plans in place. He says that one reason is that most companies simply don’t have time to cultivate understudies in the IT department because they’re so focused on growing the business. It’s a battle everyday just to keep pressing forward, they don’t have the time, strategically, to think that one day someone will take their place,” Reed says.

Another reason is that most CIOs don’t want to feel as though they have to look over their shoulders at someone who could take their job one day. “Most CIOs are not real comfortable developing somebody who can come in and take their jobs,” he says. The problem with this thinking, he says, is that it encourages talent to leave because they feel as though there is no path forward for them. He urges CIOs to cultivate potential successors. “People see movement and progression so they don’t need to leave to achieve their goals,” he says.

Regardless of whether CIOs groom within or their CEOs go CIO hunting, succession planning can be difficult, particularly at large companies, where there is a shortage of CIOs who are prepared to manage IT for multi-billion-dollar corporations.

Why are CIOs for Fortune 500 and larger organizations so hard to come by? One reason is that technology has diversified so much in the last 20 years that that candidates who may be talented enough to be CIOs may not want the jobs because they can forge high-paying careers in IT without the administrative responsibilities required of the CIO role. “Unless you’re deeply motivated by crafting an organization and running an organization” other IT positions may be more liberating because you can work “under the radar” without the watchful gaze of the board or other senior managers, Zerby says. “I kind of get it.”

Ferro agrees, noting that the proverbial “seat at the table” CIOs at large companies earn today comes with a strong focus on operations and administrative overheard that may not appeal to technical people who want to live on the “bleeding edge” and would rather lead an innovation hub versus sitting in performance reviews, board meetings and audit committee meetings. Even so, he says, it’s important for CIOs to try to cultivate the best talent they can to step into their shoes. Not just for the welfare of the company, but for the rank-and-file staff whose livelihoods depend on a strong IT leader. “They’re working their butts [off] and you owe it to them to minimize the disruption in their lives.”