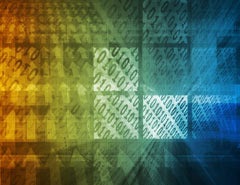 Windows 10 represents a significant evolution in the relationship between deploying the Windows OS and licensing the Windows OS. We’ve already seen other major changes to Windows licensing: the introduction of the user-based subscription, the ability to purchase an upgrade license to Windows Enterprise without the need for Software Assurance—and there are more changes to come. One of the most significant changes specific to Windows 10, however, is the way you’ll be consuming updates. Until Windows 10, there’s always been something of a dividing line between security updates and features updates. Security updates are quick and ongoing, while the features updates are rolled into big groupings—and deploying those is usually a heavy lift for IT.

Windows 10 takes its cue from consumerization of IT trends, mixed in with a little of what we’ve seen behind Office 365: no more dividing line between features and security. Just the ongoing push of all updates as they are developed and rolled out. This is fantastic for consumers, who don’t generally worry about application compatibility and helpdesk issues. However, most businesses are more circumspect about their updates. They need time to test, time to make sure end-users don’t have their workflows interrupted by a new feature they weren’t expecting. There’s a balance that needs to be struck between the pace of change and the demands of the infrastructure.

Enter Windows 10 “current branch” and “long-term branch” update methodologies. Microsoft is trying to thread the needle between the needs of cloud-first, mobile-first computing and the more traditional environments that must prioritize stability and minimize the disruption of change. Both environments exist, often must co-exist, and so Microsoft is doing their best to accommodate both at the same time. So what does it mean? In a nutshell, current branch is the “give me the updates as they come” version. It’s designed for systems that can handle that pace—think BYOD and non-mission critical systems. You set them up, the updates happen, end of story. You will, however, have the ability to delay these updates for a time. This is a nice balance as well—perhaps you have some systems that you’d rather be current branch but you just need to make sure they work with that one critical legacy application that everyone uses. Otherwise they’d be a perfect candidate. Put them on the current branch and delay the updates and prioritize your testing so those systems can be checked out first. Bear in mind the practicalities, however. If you can delay updates, but they happen on a frequent basis, it’s still going to mean that you’ll eventually be doing updates on that regular basis. Each batch of updates will land in succession, even with a delay – which means that no matter what – you’ll have to be prepared.

But what about long-term branch? That sounds a lot like business as usual in terms of Windows deployment, and it should be, but with a huge exception. Long-term branch will only be available as part of Windows Enterprise. There are many enterprises out there that upgrade their OS with new systems, using the Professional version of Windows that comes with those systems. But, they use a long-term branch deployment methodology, even though we didn’t call it that until now. Under Windows 10, these two things become incompatible. You can’t do Windows Pro with long-term branch anymore, and that means you’ll have to make a big decision: change the way your infrastructure works to support a current branch methodology or make a big investment in Windows Enterprise. Neither of those are easy choices, and both mean a strategic-level investment either in the way you operate IT, or the amount of money you’re spending on Microsoft licensing. While both have costs, both have significant potential benefits as well.

Many IT leaders I’ve spoken with in recent months expressed a strong desire to get out of the upgrade business, but realize it will be a big challenge. Windows 10 may be just the thing to kick-start that heavy lift—a rallying point with a clearly defined set of rewards for successful transformation. If current branch just isn’t going to work for all your systems, then you’re looking at a major new investment in Windows technology. If that’s the case, it means you’ll be deploying Windows Enterprise for the first time—and I would encourage you to look hard at all the features that come with it. Don’t just swap what you’re doing for a more expensive version of what you’re doing. Use it as a transformative moment to see what new things you can accomplish for your end-users with Windows 10 Enterprise. If you have to spend the money, do everything you can to get your money’s worth.

Either way, I believe Windows 10 will require transformation for most enterprise-sized organizations. We look forward to exploring these new avenues with our customers. This is just getting started, and it’s a big change so we’ll be writing on this a lot, especially when we learn new tricks and best practices begin to emerge!

Windows 10 is here. It’s the Windows you know, only better. Be more productive with a familiar Start Menu, stay safe with new security features, and get more done across multiple devices. Experience the operating system of the future. Our experts can offer expert advice and ensure your Windows 10 Migration success.