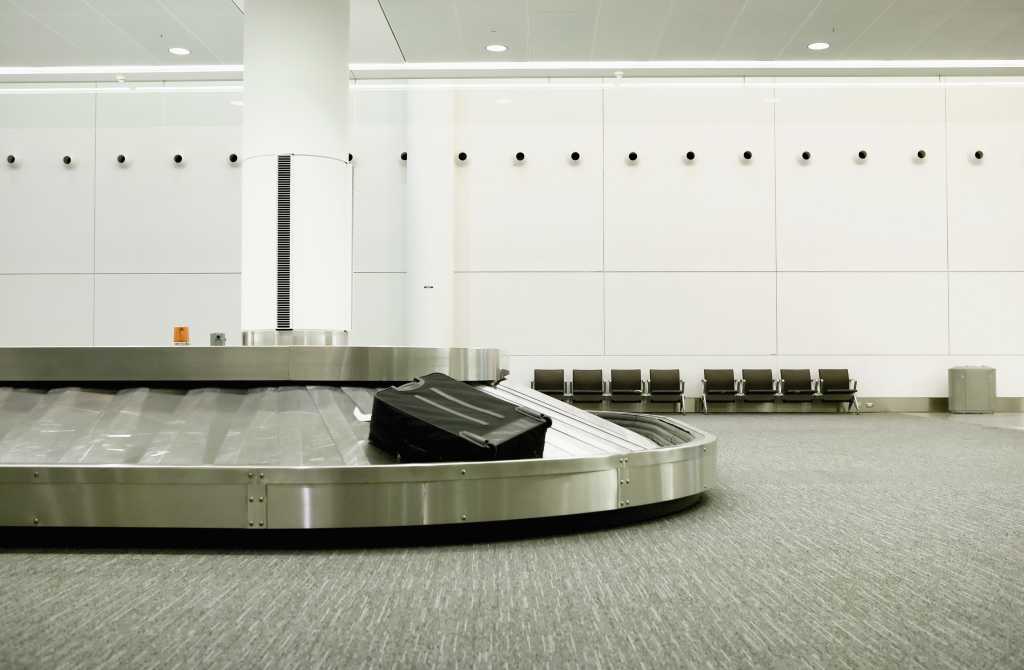 (Editor’s note: This post has been updated to correct an error related to the expiration period for LugLoc “traces.” Changes are marked below in bold.)

Smart luggage is coming — bags equipped with GPS, Bluetooth, and SIM cards for tracking purposes, among other things. I’m particularly interested in Bluesmart’s upcoming smart carry-on, due in December.

In the meantime, I’ve been testing LugLoc, a $70 gadget that slips into any suitcase. LugLoc uses Bluetooth, as well as the GSM cellular network, to locate your bag and display it on a map within the LugLoc Android and iOS mobile apps.

SFO to JFK, and back, with LugLoc

I recently used LugLoc on a trip from San Francisco to New York, and back. The app and device worked as advertised, so I knew on both legs of the trip that my checked bag had made it to the right destinations. Both flights were non-stop, however, and my separation anxiety was less than it would have been had I needed to change planes.

One of the best things about LugLoc is that it gives you an unlimited number of “traces” for free, for up to 15 days after you activate it. From then on, you pay for a block of traces instead of a monthly fee, and there’s no activation fee: five traces cost $7; 10 cost $10; and for $30, you get unlimited traces. On Aug. 31, I chose the $7 option but was quickly disappointed to learn that the traces expire in less than a year, on Jan. 9, 2016. All traces, including those included in the unlimited package, expire one year after the purchase date.

At first, I was concerned that the TSA would blow up my suitcase because it contained an active, wireless device within. But that didn’t turn out to be the case. The company says LugLoc’s “triaxal accelerometer” deactivates the gadget when in flight, so it does not interfere with airplane avionics. LugLoc turns back on when a plane comes to a full stop. The device is FAA, TSA and FCC compliant, according to the manufacturer.

I was also worried that LugLoc’s battery might expire before my cross-country flights were over, but upon arrival the device had plenty of juice left. LugLoc says the battery can last for up to 15 days between charges, partly because LugLoc doesn’t use GPS technology, which can quickly drain battery life.

You do need to remember to charge the device before you leave home, of course. And LugLoc is yet another device to pack, carry, and recharge. It’s also worth pointing out LugLoc’s competition: Trakdot, which at $50 costs less than LugLoc but requires a $20 annual subscription.

Don’t try to track other items with LugLoc

In my experience, LugLoc also isn’t ideal for other uses besides baggage tracking. For example, I placed a fully charged LugLoc in my car one night in San Francisco and then walked about two blocks to a restaurant. While dining, I performed a trace on the device. LugLoc’s location, as displayed in the app’s map, was off by about three blocks. In other words, you probably don’t want to use LugLoc to help remember where you parked your car.

A LugLoc spokesperson said the location accuracy issue relates to how the device uses GSM tech, and it isn’t always as accurate as, say, a GPS device. But as noted, GPS would quickly zap LugLoc’s battery. For me, the tradeoff is worth it, because the GSM network worked just fine in locating the LugLoc device in my bag at JFK and SFO.

If you frequently check a bag and make connecting flights, and you’re quite ready to shell out cash for a newfangled “smart bag,” LugLoc is worth a look.