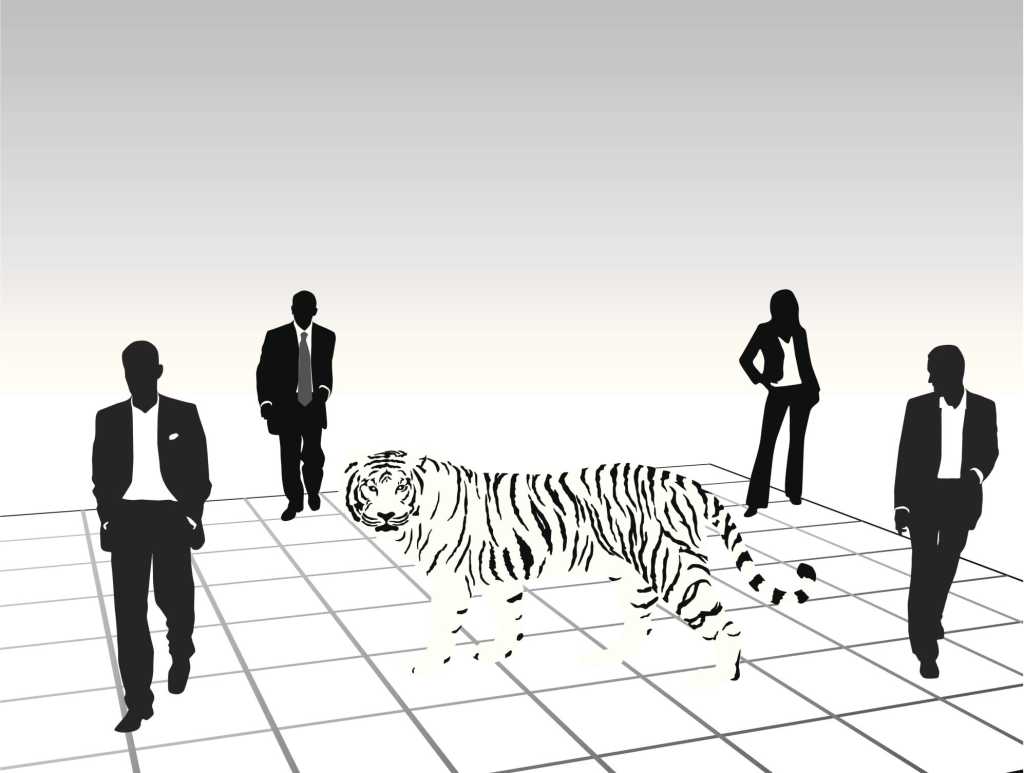 I often think the entire U.S. industry is on a death spiral due to stupid decisions. But then I get a call that gives me hope. I’ve been involved in two transformational efforts at ROLM, the Great Place To Work department, an organization solely focused on making the company a great place to work, and the Internal Audit as a Tiger Team.

I’m still looking for another Great Place To Work department (I’ve seen some companies come close), but last week I heard of another firm, NIC, that had created under Liz Thomas an Internal Audit Tiger Team and it is paying huge dividends. You can read the .pdf report here.

Let me walk you through the amazing things Thomas, vice president of Internal Audit, and her team at NIC are doing.

A Tiger Team is a team of highly paid experts typically sent in to solve impossible to solve point problems. The problem with the concept in execution is that these teams are often made up of folks with great skills but even greater egos who parachute into a company, act like they already know everything, and then provide advice that may have little to do with the problem or that the company either can’t or shouldn’t follow. It wasn’t that the idea didn’t have merit, it worked rather well for the space program, it was the execution that sucked. You needed people who understood what the company was capable of and knew that if their advice didn’t actually work they’d be held accountable.

Internal Audit, if properly staffed and motivated, can become a permanent Tiger Team and we proved this could work years ago at ROLM. Done right there isn’t another organization in the firm that knows how that company actually works, but often they fall into two traps. First they simply become a compliance organization that focuses only on assuring rules and polies regardless of how stupid those policies may be, second they will often learn over time that it is far better for their financial well-being and their careers if they don’t look that hard at anything and simply look busy, that way they don’t piss off powerful executives who will make their careers hell now or far later.

But there is a third path and that is the one we were on at ROLM (before IBM blew it up) and the one that NIC is on with Liz Thomas. Internal Audit becomes more than just compliance, they become the firm’s trouble shooters. Rather than blindly auditing to policy, their goal is to improve efficiency and operations, they can challenge policies that are stupid, and they are missioned to actually make things better not just assure they are in compliance.

This is a ton more fun, but also the end result is that rather than hiding from an Internal Audit team executives ask them for help particularly in situations where the executive is over their head or spending so much time fighting fires, and so worried about being fired that they can’t even see a fix for the problems they are experiencing. This also builds in a certain amount of empathy as often all Internal Audit seems to do is find a scape goat and help them get shot when the problem may not be the person but the situation. A Tiger Internal Audit team focuses on the problem not who to blame for it and, as a result, is more likely to actually make things better rather than just swapping one overwhelmed executive for another.

This process has a better chance of leaving an executive who has learned from an expensive mistake in the job rather than replacing them with someone else who will repeat it because they have yet to learn whatever hard lesson it was that caused the issue in the first place.

As Liz Thomas confirmed, the lasting benefits are policies and processes that are both better aligned to the business and are more likely to help rather than hinder those operating it. The result is a problem resolution, not blame, focused culture that spends its time making things better not just finding people to fire or punish.

Fraud becomes less likely because individuals in areas of financial responsibility don’t feel they are being unfairly treated as often and the overall environment is friendlier making the crime harder to justify. Operations people feel that Internal Audit is part of their team not an Internal Affairs organization, which exists solely to find blame and hurt them simply because they weren’t given the resources they needed to do the job right.

Thomas has a considerable amount of operational power as a result as her recommendations to increase staff or funding will generally carry substantial weight both because she sits outside of the organizations that need these resources and because she doesn’t abuse this power.

Stupid controls and policies are either fixed or hunted down and destroyed because the goal is to make the company better not just check a bunch of boxes that often have little to do with reality.

In the end this is a win/win because not only is NIC better, but so is Internal Audit as the staff gains experience as valued consultants rather than rabid accountants.

Advice on how to set up an Audit Team like NICs

One of the last things I asked Liz was what advice she would give someone who wanted to set up an Audit Team like hers? Her response was that she’d have it led by someone qualified to run operations and clearly hire people that knew compliance. This is because that while a Tiger Internal Audit team still must do the compliance job, their real benefit is making the firm better.

In the end taking a group like Internal Audit and making it strategic is not only best for the company, it makes the company a far better place to work. I’ve worked for both successful and troubled companies and let me tell you, the successful ones are far more fun. So, in a way, a Tiger Internal Audit organization also helps make the company a great place to work and effectively kills two of my birds with one stone.

It makes me feel good that companies like NIC and people like Liz Thomas are out there, now let’s see if we can learn from their example.