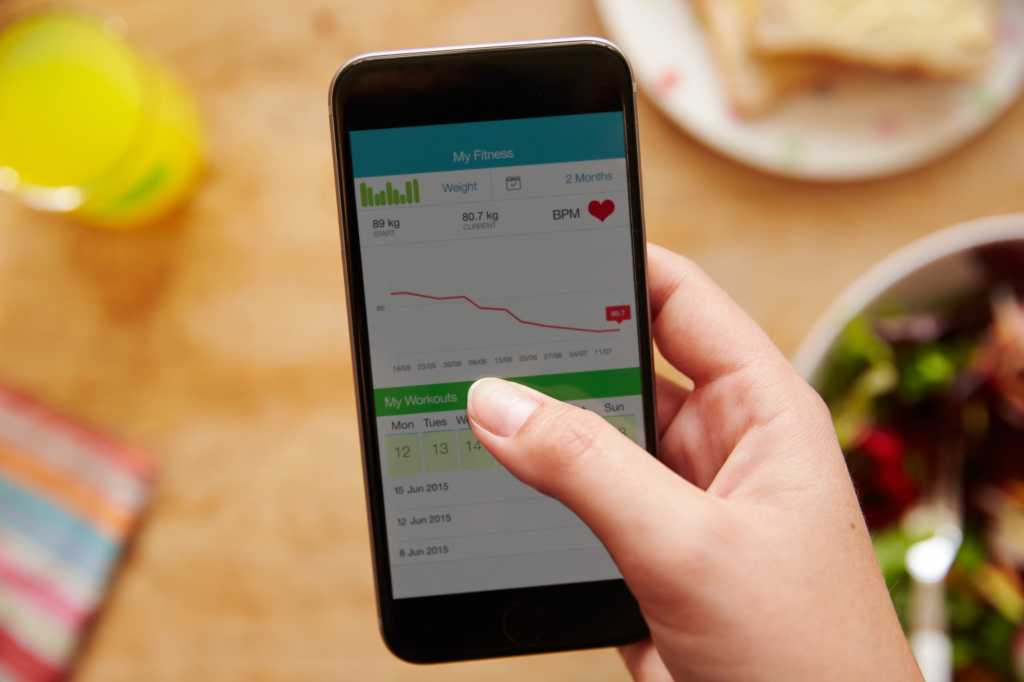 Your smartphone can bring a car to your door, connect you with loved ones around the globe and help you order pizza without talking to a single human being in the process. But then, you hear reports of a company hack or major credit card breach at a store you frequent, and you’re quickly reminded of the risks you take with technology.

As technology has progressed, it has altered more than our takeout habits and communication preferences, it’s also redefining our health. With fitness trackers and medical devices that can plug into your smartphone, more people are able to track their health in a way they never could in the past. But there are dangers lurking in the seemingly innocuous wrist bands and health apps you find in the Apple App Store and Google Play store.

The concern isn’t really centered around apps that let you track your calorie intake and weight, but ones that claim to have legitimate health benefits, but no FDA approval to back it up. In an editorial, Nathan Cortez, associate dean of research at Southern Methodist University Law School points out in a study in the New England Journal of Medicine that in 2013, mobile health — or mhealth — apps made $2.4 billion, but by 2017 that number is expected to jump to $26 billion. Cortez points out that it’s an unregulated market, and although some of these apps are pretty low risk, there are other apps that promise certain health benefits that aren’t evaluated by professionals in the healthcare industry.

Related Story: 10 startups that are disrupting healthcare IT

There are certainly legitimate apps that can help you track serious medical conditions, but these apps are often designed in collaboration with lawyers and professionals in the healthcare industry. For example, in February 2011, the FDA gave approval to a healthcare app for the first time. The medical app is designed to let doctors view X-Rays on a smartphone or tablet.

However, for every mHealth app approved by the FDA, there are a large number of apps that aren’t. And that’s what is prompting more awareness around the need for regulation in the realm of mHealth. “The FTC, for example, can look at the various medical claims made by these wearables to determine if there is substantial evidence behind the claims. Unsubstantiated claims can mislead device users and potentially cause harm,” says Anura Fernando, principal engineer of mHealth at UL; a company focused on helping develop safe and secure wearable products.

Which medical apps can you trust?

While there are certainly dangers lurking in app stores when it comes to mHealth, not all of these apps should be avoided. “Medical wearables can be used to gather data under prescription and provide it to remote clinicians. That data is trusted, as it is generated under controlled conditions and seen as highly beneficial,” says Fernando.

But that doesn’t mean you should print out your FitBit data to bring into your next doctor’s appointment, says Fernando. “While the data can be very useful, it can also be less reliable, perhaps more prone to error and not as trusted. The trust aspect of data and how clinicians can actually use this data is still under a lot of scrutiny and there is a lot of discussion happening around how it should be regulated to generate greater trust.”

The biggest pushback against FDA regulation of mhealth comes from, not surprisingly, tech companies. Combined, Microsoft, McKesson, Siemens, Dell and Intel spent over $20 million in lobbying efforts in 2012. These tech companies are concerned about delaying progress on wearables and medical mobile apps, since involving the FDA could hamper release dates in the future. As Politico points out, this means that Apple can allow an mHealth app into the App Store that connects with a diabetic user’s glucose meter to monitor their blood sugar. And it didn’t stop in 2012, in 2014 Apple spent $1.2 million lobbying against FDA regulations, while Intel spent another $1.5 million on lobbying efforts.

What to look for in mhealth apps?

This means that consumers need to become aware of what they are downloading onto their mobile devices, or what they are strapping to their wrists. Without FDA intervention, it might mean you are getting faulty data or inaccurate medical advice. There are some things you can look for, however, to help make an informed decision when downloading an mhealth app or buying a connected device that promises certain medical benefits.

For Charles Settles, who has written numerous articles on the topic of health IT, it’s more than simply reviewing an app maker’s guidelines and practices. He personally wouldn’t even use an app that didn’t connect him directly with his doctor in his home state. “I also would be wary of any app without 510(k) approval, but that sort of information is hard to find and even more difficult to understand for the average consumer.”

While our technology has certainly brought major advancements in the realm of healthcare, including affordable 3D printed prosthetics, electronic healthcare records and even telemedicine, it certainly doesn’t mean you should trust every mHealth app or device. Without FDA regulation, it’s important to ensure that the apps you download aren’t making false medical claims, and to consult your physician before relying on the data from an mHealth app or wearable.