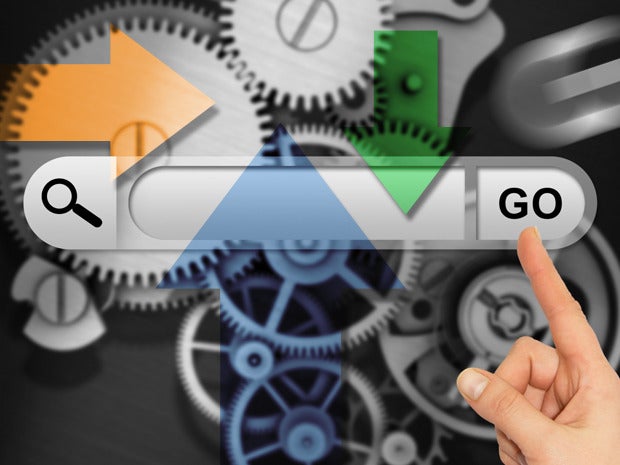 Many companies aim to get as much nonpaid website traffic from Google search results pages as possible. But is that putting all the eggs in one basket? Is there an ideal percentage of organic traffic you should seek from Google? What are some other traffic referral sources brands should target in an effort to diversify?

CIO.com asked these questions of search engine optimization (SEO) experts (via email), and each answered with best practices and real-world advice on how to diversify website traffic referrals.

Is it a real risk to depend on for Google search results for organic (nonpaid) website traffic?

Google is continually updating and refining its search engine algorithms, says Brett Bastello, SEO manager, Inseev Interactive. “By investing too heavily in Google, all it takes is one mistake, penalty or algorithm update for [all of] your organic traffic to crash.”

Google algorithm updates, including the Panda and Penguin changes, and most recently, tweaks to its mobile-friendly algorithm, adversely affected companies both large and small.

In 2014, for example, Google hit eBay with a “manual penalty,” meaning a human being (as opposed to an algorithm) decided eBay needed “some type of slap,” according to Search Engine Land. The Panda update also apparently affected eBay. “Because eBay was relying so heavily on organic traffic from Google results, the company estimates the [penalty] cost it around $200 million in lost revenue,” says Scott Knox, director of search marketing, Fruition.

“Organic traffic is extremely important when it comes to a successful online enterprise,” Knox adds. “But the eBay case shows how drastically a shift in Google’s algorithm, or a manual penalty, can affect businesses.”

However, some SEO experts say that as long as websites play by Google’s rules, they shouldn’t worry too much.

If sites strictly do white-hat SEO, or above-board, by-the-rules SEO, to increase search engine result page rankings (SERPs), “there’s no such thing as relying too heavily” on traffic from Google, according to Ronald M. Sinai, principal and vice president of business development for SEO and website promotion, Nova Legal Funding. White-hat ranked sites have little chance of being penalized by Google, he says, and those that rely on black-hat techniques are more susceptible “to a penalty and a sharp drop in ranking.”

What percentage of organic traffic referrals should come from Google?

SEO experts have different opinions on this subject. Many say there’s no real sweet spot and the percentages of organic traffic referrals sites should receive from other Web entities, such as Facebook or Twitter, depend on the business.

“This is a difficult question to answer because it can vary based on so many different things, like the type of industry you’re in, the competition, your location, the age of your website and so on,” says Kiyo Wiesnoski, SEO specialist, adlava. For example, a retailer may expect about 40 percent of its website traffic to be organic “because the competition is usually fiercer and paid ads are the norm. Meanwhile, a toddler dance class or daycare center may get 70 percent or more in unpaid traffic, since these types of businesses see so much traffic from social sharing, tagged posts, and reviews on platforms like Yelp.”

Other experts say a company’s percentage of organic traffic referrals from Google should be comparable to other referring sources. Tom Smykowski, CEO of Websoul, says ideally, website referrals should be evenly distributed among five sources: Google, social media, non-social referrals, paid ads (including display and search ads), and direct traffic (e.g., visitors arrive by directly entering a site’s URL or by clicking on link in a newsletter).

[Related: How to prepare for Google’s next major search update ]

Others search gurus say organic traffic referrals form Google shouldn’t be higher than Google’s own share of the search engine market, which was 64 percent as of July 2015, according to comScore.

For example, JotForm, an online forms design site, receives 50 percent of organic traffic from Google, according to Chad Reid, the company’s director of communications. Another 10 percent comes from Google AdWords; 2 percent from Facebook; 5 percent from Twitter; Medium (a blog platform) drives 5 percent; Bing another 5 percent; and 3 percent comes from other social media networks, such as Google+, Instagram, and Pinterest. The remaining 20 percent of referrals come from online media articles in which JotForm is mentioned.

Chuck Sharpsteen, founder of marketing firm Whiskey Neat, studied referral numbers from his firm’s top 10 clients looking for patterns. Google referrals ranged from 73 percent to 96 percent of the clients’ overall organic search traffic, with an average of 82.4 percent, he says.

Ultimately, somewhere between 60 to 80 percent of organic traffic referrals from Google is about right, according to Anthony De Guzman, SEO specialist, Saatchi & Saatchi Canada. That’s because the organic traffic sites receive from Google search results is often targeted and comes from motivated visitors (or “low funnel,” in marketing terms). That type of traffic is more likely to result in lower bounce rates and “a better quality of targeted exposure,” Guzman says.

Getting journalists and bloggers from authoritative websites to write about your company, product or service is an excellent way to earn quality links for your website. Google tends to give high rankings to media sites, because they’re typically considered credible sources and are frequently updated, well-categorized and long-established, according to Sharon Geltner, business analyst at Palm Beach State College‘s Small Business Development Center.

“A strong PR initiative also increases social signals from a variety of sources, which can amplify your messages 10-fold,” says Matthew Stumm, principal of creative and media strategy, BBK Worldwide.

2) Use email newsletters to draw people to your website

Several SEO experts extol the virtues of good email newsletters and say they provide another valuable source of organic traffic. “Email marketing should always come before social media, as the out-of-pocket cost (for email marketing) is close to zero, it can be easily automated and most companies do it poorly, so being even moderately good at it means you’ll stand out,” says Brendan Tully, principal consultant, The Search Engine Shop. “Generally, there are still more eyeballs and time spent on inboxes than on social media.”

Google’s Matt Cutts famously dissed the practice of guest blogging for SEO. However, many SEO experts still believe that, when done right, contributing a guest post to a relevant, well-read blog is a great way to increase exposure and draw targeted, motivated traffic to your site, according to JotForm’s Reid. “That’s been the case with my company. There are a few long-standing guest posts written years ago that today are still our top referrers.”

Nova Legal Funding’s Sinai suggests posting long, detailed, and thorough answers to user questions on advice websites such as Quora, Ask.com, and Yahoo Answers. “This sets you up as an expert and gives you a big boost credibility-wise,” he says. “Not to mention these sites are really popular, and posting a link inside your answer is a quick and easy way to drive more traffic to your site.”

Leveraging LinkedIn’s blog platform can helpincrease exposure within your network and with others who may not know you, according to Sinai. However, if you’re going to be successful blogging on LinkedIn, your content must be “amazing” and worthy of sharing, he says.

6) Get reviews on sites such as Yelp

Online reviews can be just as important as good SEO. “Even if your SEO is air-tight and people can find you, that doesn’t mean they will hire you, buy from you, or request your services,” says Miné Salkin, senior digital strategist, Absolute Mobile Solutions. “Reviews coupled with search engine visibility give you credibility to grow quality traffic.”

The effective use of social media is also a key component to an effective diversification strategy.As such, you should”understand each platform and invest your time creating content that’s native to that platform,” says Salman Aslam, CEO, Omnicore Healthcare Marketing Agency.