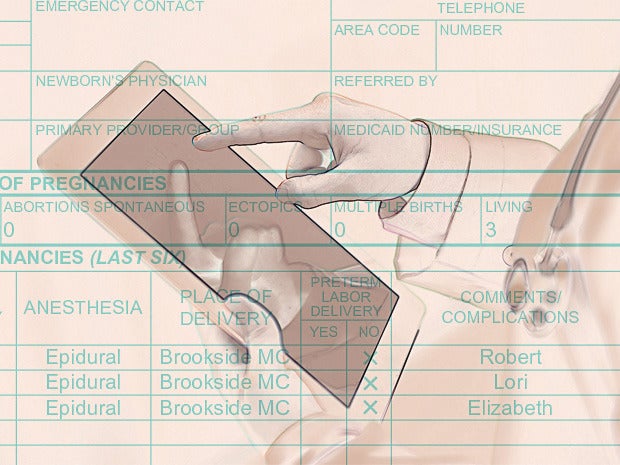 The healthcare industry stands poised at the brink of a momentous change – one of which the general public is almost totally unaware. Starting on October 1, the entire industry will shift to a new set of diagnostic codes that will have to go on all claims for payment and on every other healthcare document that requires diagnostic codes. The seismic shift that this is expected to precipitate has been compared to Y2K, only with real consequences.

The new International Classification of Diseases, Version 10 (ICD-10) has 68,000 codes, compared to 13,000 in the ICD-9 code set that has been used for decades. These codes not only cover more diseases than their predecessor, but are far more specific and require more detailed documentation by physicians. The government and other supporters of the new code set predict that ICD-10 will contribute to quality improvement, facilitate international communications (other countries use ICD-10), and provide grist for research down the line. But the transition to ICD-10 is expected to be bumpy, and physicians see little upside in it for them.

Medical groups, including the American Medical Association (AMA), have long opposed ICD-10 and tried to derail it. Independent practices have dragged their feet on preparing for the transition, and a recent survey found that nearly half of physician offices wouldn’t be ready for ICD-10 by Oct. 1 or weren’t sure whether they would be. That lack of readiness could result in widespread disruptions of payments to practices when claims bearing ICD-9 codes are rejected.

Hoping to make it easier for doctors to get onboard, the Centers for Medicare and Medicaid Services (CMS) in July announced that it would provide a one-year grace period in which physicians will be able to submit ICD-10 codes to Medicare contractors without the required degree of specificity. However, this grace period for professionals applies only to traditional Medicare, not to Medicare Advantage plans. Humana, a national insurer that has a lot of Medicare Advantage business, intends to follow CMS’ example, consultants say. But other big health insurers have said they will expect specific ICD-10 codes on claims from day one.

David Zitter, a healthcare consultant in Mechanicsburg, Pa., notes that quite a few physician practices are just now waking up to the ICD-10 challenge. Most physicians in this fix just assumed that their vendors or their billing companies would take care of the situation, he says. They didn’t recognize how much training and testing would be required to comply with the government mandate, which affects all parties covered by the Health Insurance Portability and Accountability Act (HIPAA).

According to a survey done in June, just 17 percent of physician practices had conducted tests with payers and claims clearinghouses; 41 percent had trained their staff, and 36% had done technical system upgrades to support ICD-10.

Hospitals are further ahead. The June survey found that 65 percent of hospitals, for example, had trained their staff on ICD-10. Another poll, by the Workgroup for Electronic Data Interchange (WEDI), indicated that nearly 75 percent of hospitals and health systems had started or completed external testing, and almost 90 percent expected to be ready by the Oct. 1 deadline.

“Overall, we see that the vast majority of hospitals are taking this seriously and have spent a significant amount of time and resources in preparation,” notes Edward Hock, a director at the Advisory Board Co., a consulting firm based in Washington, D.C. “They’ve considered how ICD-10 will affect their business and have taken steps to mitigate it.”

That includes training not only their staff and the physicians, but also the doctors in their employed practices, he says. While the AMA and the Medical Group Management Association (MGMA) have forecast a sharp drop in productivity because of ICD-10, Hock points out that well-trained physicians can document ICD-10 codes with only a few more clicks than are required for ICD-9 codes.

Zitter doesn’t dispute this, but says that the amount of training that employed physicians have received varies greatly by hospital. One hospital practice that is a client of his firm hasn’t received any training yet. The doctors were concerned about it and contacted their billing firm, which called him to see what could be done.

Zitter believes there will be a minimal drop in physician and staff productivity in practices that are well prepared for ICD-10, but that leaves out a lot of groups. Also, there may be a dip in productivity within hospitals during the transition period.

Bill Wyman, vice president of revenue services at Lowell General Hospital in Lowell, Mass., says that his hospital has worked hard to train its coding staff adequately. “We feel they’re very competent in ICD-10. But they have to make sure there’s enough specificity in the documentation, which is going to slow them down. We’ve done a time study, and we think there’s going to be a 20 percent impact on productivity for coding.

“We’re also a little concerned about the impact on physicians, especially on the inpatient side,” he adds. “As the coders query the physicians for clarification and more specificity, we’re concerned that they’re going to be overwhelmed by those numbers of inquiries. We’ve tried to mitigate that with a lot of education.”

Lowell General has also trained its 50 employed physicians and their staffs in ambulatory care offices, and he thinks the process will go more smoothly there. Based on observations of a few doctors documenting ICD-10, he expects it will take them no more than 30 seconds extra per code. But physicians who dictate operative notes in the hospital may have difficulty adapting to the new documentation requirements after dictating the same way since residency, he points out.

[Related: Can you trust your healthcare app?]

The CMS grace period, while good news for physicians, may create some problems for hospitals, Hock says. If doctors don’t have to document to support specific ICD-10 codes, as long as they’re in the right code family, it will be more difficult for hospital coders to complete the technical portion of hospital claims, which must be more specific. This is not a theoretical problem. Lowell General is also concerned about this issue, Wyman says.

Lowell General has done internal testing to make sure that ICD-10 changes in one system don’t create problems with downstream systems, he notes. It has also performed external tests with payers and clearinghouses. Most of these have been “end-to-end,” meaning that the testing encompassed the revenue cycle process from claims submission to receipt of electronic remittance advice.

The hospital’s technology vendor, Cerner, updated its EHR for ICD-10 more than a year ago, Wyman reports. The company has continued to supply more updates as it discovered bugs in the program. “Those finished up within the past 60 days,” he says. “But we’ve been on ICD-10 compliant codes for a while.”

Although Lowell General is well prepared for the transition, Wyman sees some risks in the external environment. That might include “payers who are editing claims in a different way that we didn’t anticipate or that wrote more stringent edits or rules,” he says. Some payers, warns Zitter, might use the confusion over ICD-10 codes to deny more claims than usual, and he notes that some plans have hired extra auditors to check documentation.

Wyman is also worried that if other hospitals and physician practices aren’t prepared for ICD-10, “they’ll flood payers with claims that are getting denied and appealed, glutting the appeals process.”

Overall, Hock says, the Advisory Board Co. doesn’t expect chaos in October, having trained hundreds of hospitals and thousands of physicians on the new code set. But the company does anticipate “a lot of little paper cuts,” he says. The organizations that will thrive in the coming months, he says, are those that have the right management structure in place and the ability to identify where those small cuts are occurring and fix them. Other organizations, he predicts, may see more denied claims and longer waits for payment.