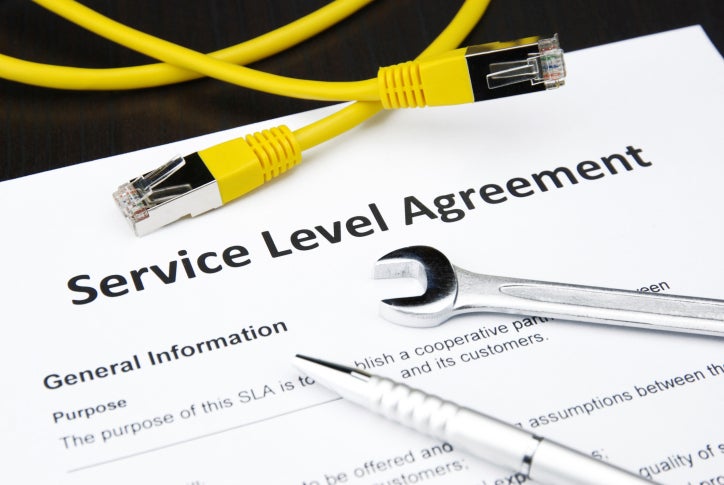 I’ve attended countless cloud presentations discussing vendor relationships and contract agreements. A common feature of these presentations is a discussion of the Service Level Agreement (SLA) and how to define, negotiate and enforce it. I’ve always found this curious, but felt it was a relatively harmless, if not terribly, useful topic.

No longer. If you invest significant effort on a contractual SLA you’re not only wasting time, you’re focusing on the wrong thing. The SLA, if it ever made sense as a key contract topic, does so no longer. The traditional SLA is dead. Here’s why:

People spend time on SLAs because they think they’ll make the cloud provider pay attention to availability. Guess what? They already spend time on availability and work really hard at it. Believing that your negotiation smarts are going to generate something above and beyond that from the provider is wrong. Outages happen and cloud providers respond as quickly as possible.

In any case, cloud providers recognize outages will occur, no matter how hard they try. So their standard contracts abjure responsibility for outages and never, ever promise anything beyond best efforts to restore availability as soon as possible. And your negotiation won’t change that. I remember seeing one presentation, where, after spending over an hour on negotiating SLAs, the speaker took a question: “How flexible are cloud providers on SLAs?” His response: “It depends. The larger providers refuse to make any changes and the smaller providers will sign anything to get the business.” In other words, all your negotiating prowess will be fruitless, in the end.

In any event, the penalties associated with SLAs won’t make you whole. They offer a refund of fees due the provider for the outage period. Not what you lost because your website wasn’t available. If you want to be compensated for that, they’ll steer you to an insurance company for continuity insurance. And guess what? That’s expensive and not easy to obtain. So thinking that there’s an easy legal solution for availability is just plain wrong.

The biggest problem with a focus on SLA is that it frames the issue incorrectly. It addresses a problem — infrastructure failure — with the wrong solution — legal. Now, don’t expect your legal or finance people to tell you this. As the Sage of Omaha, Warren Buffet says, “Never ask a barber if you need a haircut.” If you ask your lawyer if you should spend time on the SLA, he or she will — of course — tell you yes. That’s their haircut.

Your world is changing — dramatically. This is an IT-forward economy, and failing to arm yourself with the right tools puts you at an enormous handicap. Spending time seeking a legal solution means time not spent on creating innovation, and every day you lose is a day you’ll never recover.

So if the SLA is the wrong solution, what’s the right one? In a word, technical. You have to engineer your applications to provide availability and recognize what characteristics your solutions need:

The entire concept of an SLA is offloading risk, transferring responsibility to another party. In the new world of applications, unfortunately, that’s not feasible. I believe the next few years will be extremely challenging as practitioners come to grips with designing and operating applications to fit the new paradigm of redundant, partitioned components. Trying to avoid this, or worse, resist it via an insistence upon ever-more stringent vendor SLAs is, at best, misguided, and, at worst, irresponsible.