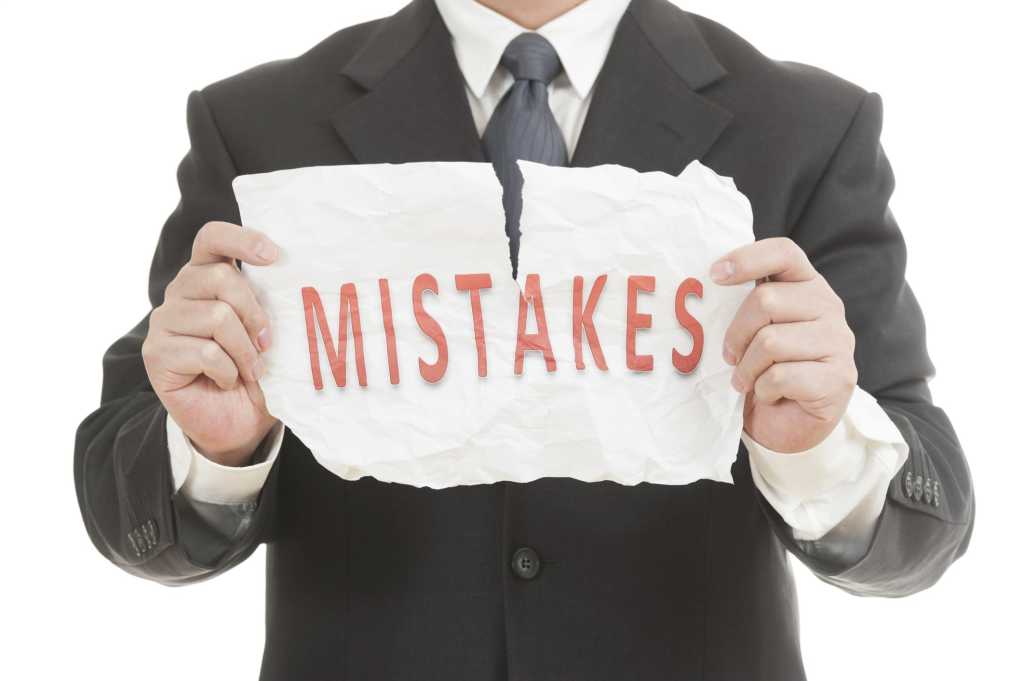 All too often I have seen businesses repeat catastrophic mistakes when implementing strategic initiatives. Here are the five most common mistakes that companies regularly make thinking they are best practices.

Integration mergers where one company gets slammed into another at speed forcing the weaker firm to accept the rules and regulations of the stronger and generally destroying any value you thought it had. There are two obvious reasons this is favored, it puts the acquiring firm’s managers in a superior position because they already know the rules and regulations and it puts much of the stress on the executives that were acquired.

This practice alone is why most mergers fail, yet it remains the most popular way to do an acquisition.

2. Not Doing the Hard Stuff

You can accomplish anything if you know what needs to be done and you are willing to do it. Years ago a friend of mine wanted to do an Iron Man race, which requires swimming, running and biking, but he hated swimming so he figured he’d just work on the running and bike riding, which he was good at. He nearly drowned. Typically, to accomplish a complex task there are a number of critical steps and several are often identified as being nearly impossible.

In the 1990s IBM knew what it would have to do to beat Microsoft with OS/2 and actually had better resources, it just didn’t want to do it. Then a decade later Microsoft knew what it would need to do to beat the Apple iPod and it decided it didn’t want to do it. Both projects should have been killed at the start and instead wasted hundreds of million dollars because they couldn’t succeed because neither firm was willing to do what it had identified needed to be done. For IBM, OS/2 had to be spun out of the company because peer vendors didn’t trust IBM, and for Zune, Microsoft’s iPod competitor, it had to migrate the iPod playlists seamlessly.

3. Not Learning From the Past

This comes up a lot in Internet of Things (IoT) conversations. Working on smart connected devices goes back to the 1960s and the area is littered with the bodies of failed companies. Yet many firms are approaching this new opportunity as if these old experiences didn’t exist and therefore, will undoubtedly repeat many of the same catastrophic mistakes.

This is kind of like trying to navigate a new city without using a map or GPS device, it rarely ends well. George Santayana’s famous quote says it best, “Those who cannot remember the past are doomed to repeat it.”

Learning from the past can be scary but it can also point out landmines and provide a much more inexpensive way to learn a new area than by trial and error. At the very least, you can often hire people that have been through some of these painful mistakes and use them kind of like you’d use a canary in a coal mine, to identify a problem before you run head on into it.

4. Keeping Marketing Out of Development

This is kind of a technology company tradition. You develop a product without any consideration for how it will be sold and then at the last moment toss it over to marketing with the mission of developing demand for it. When demand doesn’t develop you look dumbfounded because all of the developers were sure it was going to be a winner and end up blaming marketing.

The worst experience I had was while working at IBM in marketing and being given the task of developing a marketing program for a product when the product owner couldn’t identify a single real customer that had defined the offering. After being escalated and having $20,000 spent on a marketing study it was determined that this product, which cost $20 Million to create, had no market — in fact was no one that was even remotely interested in buying it.

Chances are that if marketing isn’t involved in the front-end of product creation, setting the actual specs, then the customer isn’t either and the end result will be a product that doesn’t sell well or at all.

The goal isn’t to get a product released, it is to sell the damn thing, yet more effort goes into assuring development dates than in assuring there is a market for the result. Not getting marketing involved early in development is not only a losing strategy it is unfortunately an almost universal practice.

This is scary stupid yet it is an extremely common practice. The first response when something goes wrong is often to identify the person responsible and then fire them. Often this becomes kind of a game of musical chairs where the person with the poorest connections is the one left standing when the music stops. You particularly see this behavior when you have repetitive CEO firings. CEO A fails, CEO B is hired, CEO B fails, and CEO C is hired and so on until the company itself fails or is sold.

The focus should be on why the problem occurred in the first place, then on coming up with a plan to correct the failure and assuring it does not recur. Firing should only occur if the person needed to carry out the plan is unable to do so, but often the person fired is also the one best suited to fix the problem they just weren’t given adequate resources or support. This is particularly true of CEO firings, the problem lies with an inexperienced board or an entitled executive team that doesn’t follow orders, and the CEO can’t get rid of them, which is why you have successive failures in the first place.

Put another way, if you have three CEOs who failed maybe the problem is not the CEO. Isn’t the definition of insanity doing the same thing over and over but expecting a different outcome? Blame takes the focus off fixing the problem and puts it on replacing the person, but if the person is only a part of the problem and all other factors do not get addressed the failure won’t be mitigated.

The above are five of my favorite bone-headed moves, but I’m sure you can think of many more. Here is something to leave you with in the meantime. How often do the executives of your firm get together to identify institutionalized decisions that turn out badly and collectively pull them out of the play book? It might not be a bad idea to make doing this a regular occurrence because institutionalized stupidity is uncomfortably close to corporate insanity and corporate insanity never ends well.