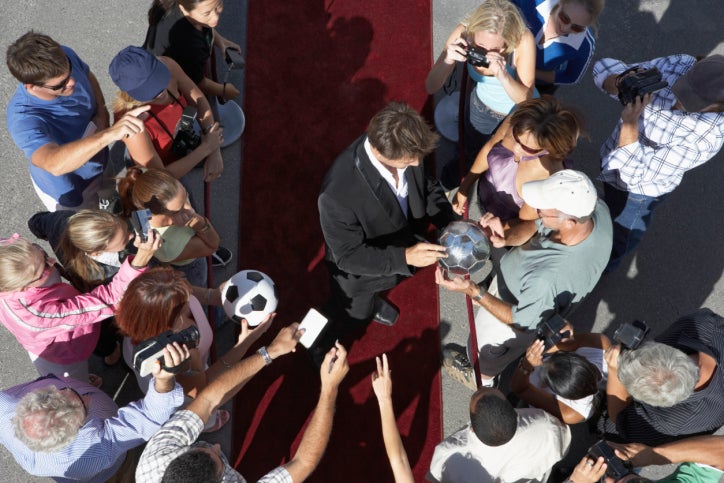 “First of all, I’ve always believed analytics was crap,” said former National Basketball Association player and basketball pundit Charles Barkley, adding, “All these guys who run these organizations who talk about analytics, they have one thing in common — they’re a bunch of guys who have never played the game, and they never got the girls in high school, and they just want to get in the game.”

Barkley isn’t known for biting social commentary, yet he speaks the truth. Unwittingly, Barkley’s words underscore a cultural shift happening across the country. We’re witnessing bullied nerds rising up and kicking sand in the face of popular jocks. ‘Tis the meek inheriting the earth, science over salesmanship, math men over Mad Men.

So where does this put the CIO, the geekiest of them all?

The CIO is the only person at the executive table who understands this stuff. In today’s digital world, marketers must trade in their black art for data analytics, in order to reap online sales. A company’s venerable reputation can be destroyed in seconds by a security breach revealed and amplified over Twitter. Tech-savvy companies wield social, mobile, analytics and cloud services — follow the acronym — to SMAC the competition.

There’s no question companies need to be masters of technology. Every department, from marketing to sales to customer service to finance to human resources, is undergoing a technology facelift. Every department head is woefully unprepared to handle tech on their own. Every company needs an assist from the CIO.

Specifically, the CIO has to help business leaders broker cloud service contracts and service level agreements, balance risk and speed when a department wants to adopt technology, gather and stitch data from various places, integrate tech initiatives across departments, tweak the systems of record to become a systems of engagement so that, say, marketing can respond to customer needs quickly.

[ Related: CIOs Have to Learn the New Math of Analytics ]

“The next step is a Chief Connections Officer” to gather and oversee data culled from Internet of Things devices, says Nicholas Lee, head of global offerings for end-user computing at Fujitsu. “How effective is our data gathering and driving real time analytics? Are we connecting to the right sensors?”

“We’re in the midst of one of those evolutionary times,” Briggs says.

How CIOs Can Win the Game

If you’ve been keeping score, that’s a lot on the CIO’s plate. Not every CIO will succeed in helping his company and department heads shift to the digital era. Not all CIOs can embrace such rapid change themselves. Not every CIO will be able to make the transition to the role of, say, integrator and peacemaker.

“If we fail, it’s going to be hand-to-hand combat [with] every company and every leadership team figuring out how to boldly go down that path,” Briggs says. “There’s certainly another end of the story that says the CIO does get relegated down to be a utility. That would be a shame.”

That’s also when the bullies win.