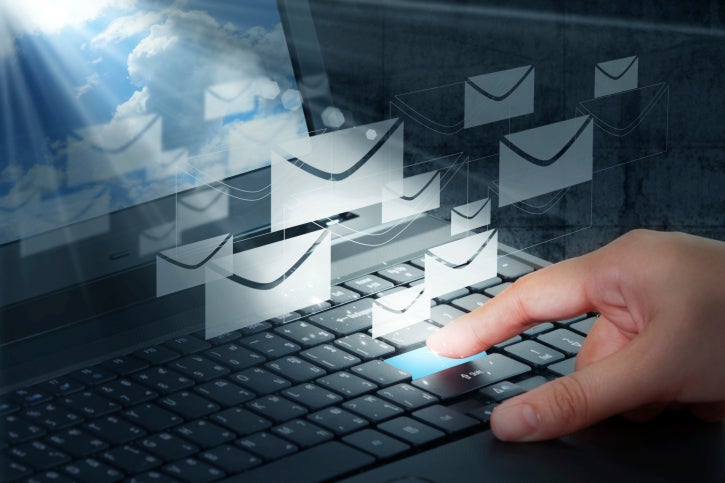 There’s little competitive advantage in running your own mail server anymore; that’s one reason Office 365 is growing so fast. But with tools like Delve and Clutter, Microsoft is keen to position it as a way to get more value out of communications — especially as the anti-email movement gains credibility from the popularity of enteprise messaging services like Slack.

Dropping email entirely isn’t realistic for most companies, and stunts like “no email Fridays” are usually about publicity. At best, they may raise awareness about how to use email more effectively. The abuse of email fills inboxes with everything from unwanted newsletters, to routine status information that belongs in workflow systems, to endless discussions about where to have the team lunch.

[Related: Delve, Office Graph Must Transcend Office 365 to Be Revolutionary ]

Can you reclaim email as something useful for your business by investing in services that filter messages to highlight what’s important and mine discussions to find what people need to know?

Over the years, plenty of tools — from wikis to SharePoint to Yammer and Slack — have claimed to unlock information that would otherwise be trapped in email, making it easy for new team members to get up to speed on projects because all the communications about them are public. The technology here matters less than the discipline of getting people to keep those communications in one place. (Consistent archiving is also key for compliance and ediscovery, which is more difficult when staff adopt ad hoc messaging systems.)

Enterprise messaging and enteprise social networking — whether it’s Slack’s IRC-like channels or Yammer’s Facebook and Twitter-like fast updates — are often adopted by employees trying to find a faster way to pass information around. The bigger impact comes when all that visible, public communication cuts across traditional hierarchies and workflows, sparking organizational changes.

One problem is that unless everyone switches, you now have two parallel communications channels. Yammer tries to bridge the gap to people who still work through email: Join in a conversation on Yammer and you’ll get it all mailed to you as well, and you can reply without ever visiting the Yammer website or loading up a Yammer client, with mail attachments getting loaded into the Yammer document store automatically.

The other problem is that even if you get everyone on a new messaging system like Yammer or Slack, the same bad habits carry over from email. You soon start seeing inappropriate messages about badly parked cars and charity sponsorship showing up in companywide channels, the same as in a company-wide mailing list.

The Office 365 services Microsoft is building on top of its Office Graph take a different approach, trying to filter and curate communications, whether they’re email, Yammer messages, spreadsheets and presentations, or even video and voice conversations. The Office Graph mines the pattern of communications and the relationships they imply; who you email, who replies to you — and how quickly.

If you always respond very quickly to messages from a certain person, that sender is likely to be important to you — and is probably your boss. If you leave messages from another sender for three weeks and then delete them almost as soon as you open them, that person is probably not very interesting to you. The Clutter service in Office 365 uses that to filter those less-interesting messages into a folder (which automatically shows up as a favorite folder in Outlook so it’s easy to spot when messages have been filed there). If the Office Graph figures out who your boss and your direct reports are, Clutter never filters out mail from them.

You can train Clutter by marking messages as clutter or not clutter — or just deleting and ignoring messages you don’t care about and dragging messages you do care about back to the inbox. Clutter can cope when you reply to the wrong message or ignore something that’s important (perhaps because you make a phone call instead — which Clutter might one day know about if you use Lync).

The danger with automated systems is that if they get things wrong, you stop being able to rely on the systems they’re trying to enhance. False positives mean spam filters still block legitimate messages sometimes — but recommendation algorithms are good enough that we rely on them for Web search and shopping on Amazon and picking movies on Netflix.

Perhaps because it’s not too ambitious and tends to err on the side of caution, Clutter is proving popular, especially with users who don’t already have strong email management systems. And unlike clients like Google’s Inbox or Microsoft’s new mobile Outlook tools, which also try to highlight interesting messages, it doesn’t mean asking users to change their mail tools — or asking companies to feel comfortable with email and credentials being in cloud systems they don’t control. Users have to use Outlook Web Access to opt in to the system (and it’s not available for any users you’re keeping in on-premises mailboxes), but they can still see Clutter messages in iOS Mail or whatever mail client they prefer.

Microsoft says it’s working to unify Clutter and the mobile Outlook Focused view, so this looks like a useful tool that will continue to be developed.

Getting people to put documents in repositories rather than keeping them on their own PCs solves the retention and security problem but replaces it with a discovery problem. The Office 365 First Release program includes a more ambitious and more experimental system, Delve, which also builds on the Office Graph to find documents users would otherwise have to dig for. It’s a portal on the Office 365 site that shows you either the documents you’ve shared with people and when they’ve made changes to them, or the documents other people have shared with you.

If you could see the documents your colleague was preparing for a meeting before you got to the room, you might have a much better chance of having a useful conversation. And being able to find the documents for the meeting you were at last month, by seeing what the people who were there have shared with you, can save a lot of time.

Initially, the drawback was that Delve worked only with documents in SharePoint and OneDrive for Business, so it only helped teams who shifted to online document sharing. But most people still exchange most of their documents through email, especially when they’re working with someone at a different company. Delve just got a lot more useful because it now finds documents that are email attachments. When you open the document, you also get the conversation you’ve been having in email on-screen (using the Office Online and OWA Web apps), so you see things in context.

However, Delve doesn’t show you all your email attachments — just those from people you’ve recently been in conversations with. That’s useful, as long as you’re having those conversations somewhere the Office Graph can find them; Microsoft says Delve will soon look at Yammer and “additional content from across Exchange.”

Delve can also find videos, as long as they’re in the Office 365 Video service. When it first came out this service looked like a very niche system for organizing company video content. It seemed that it would only really be useful if people started using Microsoft’s new tools like Office Mix and Sway to create things that are more like apps and websites and videos than documents. Actually, it’s more of a proof of concept for the “next-generation portals” that Microsoft is hoping will replace some of the clunkier options in SharePoint.

To organize the content they find and share in Delve, without going back to SharePoint, users can create Pinterest-style “boards.” Curating information in a board will turn into building a portal, and this is where only the most enthusiastic employees are likely to find value. So far, Delve works best as a personalized search system, and only if you can get people to search on a cloud service rather than in their familiar email client. And changing user behavior is hard.

Clutter, Delve and services like these also only work if you’re adopting cloud services. It’s not just that they’re branded Office 365 services; the Office Graph and the machine learning tools that drive it need too large an infrastructure and too frequent updates to be feasible to run on your own servers. If you’re making the shift to Office 365 already, however, you now get the side benefit of making email more useful as well as well as making it cheaper and more reliable to run.