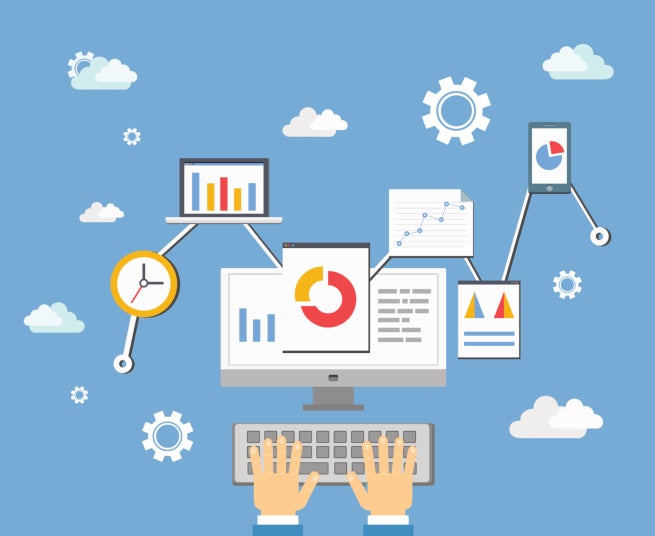 A couple of years ago, Unionwear, a clothing and accessaries manufacturer-based in Newark, N.J., employed a patchwork of systems to run its business.

“We were running a number of different systems — and leaving a lot of gaps,” said Mitch Cahn, president of Unionwear.

Calculating Costs for Each Run

One such gap was the lack of a perpetual inventory system. Unionwear updated its inventory balance periodically rather than continuously. As a result, the company needed to conduct a cycle count every time it wanted to begin a production run, Cahn says. In addition, the manufacturer didn’t maintain a database of costing information, so cost calculations had to be done over and over again.

Duplication of effort was one issue. Integration, or the lack of it, was another. The absence of enterprise automation meant that shop floor scheduling didn’t take manufacturing capacity into account. And there was no integration with Unionwear’s Salesforce.com CRM system.

Against this backdrop, Unionwear decided to deploy an ERP system. The company looked into an on-premises approach, but determined that such a move would require a significant hardware upgrade. Cloud-based ERP became the solution of choice. In addition to the upgrade cost avoidance, the idea of having a system that would be updated regularly instead of annually was another selling point, according to Cahn.

Unionwear’s experience with Salesforce — the company went live on the cloud-based CRM in 2013 — was another factor.

“One of the main things that sold us on cloud was the Salesforce Platform,” Cahn said.

The company’s next step was to look into ERP offerings built on that platform. Unionwear selected Rootstock Software’s manufacturing cloud ERP and went live on the software in January 2014.

“Building your application infrastructure around those records makes logical sense for a lot of people,” Pelz-Sharpe said.

Made in The USA

Unionwear manufactures and embroiders caps, backpacks, workwear and other items in the U.S., bucking the general trend of off-shore textile manufacturing. The company launched in 1992, when Cahn purchased the assets of London Cap Co., a Jersey City, N.J.-based baseball cap contractor. Unionwear has since brought on board the machinery and personnel of other failed garment manufacturers, most recently acquiring the assets of a backpack and bag manufacturer in 2007.

Nate Herman, vice president of international trade at the American Apparel & Footwear Association, said Unionwear isn’t alone in its domestic focus, noting that a few apparel companies now concentrate all their manufacturing operations in the U.S.

“There has been, in the last three years, a small resurgence in domestic manufacturing in apparel after many years of decline,” Herman said. “We see the trend continuing.”

Unionwear, for its part, has adopted a regimen of continuous improvement and lean manufacturing to make a go of domestic manufacturing, cultivating a niche in small-batch customization. The ERP system helps enable this strategy.

“The automation is critical,” Cahn said. “Every dollar of indirect labor that automation replaces is savings that goes right to the bottom line.”

Herman said companies such as Unionwear that specialize in short-run production can be much more responsive to customers if they make their products in the U.S. as opposed to Asia or other offshore locations.

But cost efficiency in this line of business can be hard to achieve.

“Small-batch customization comes with a high level of overhead and that overhead is basically order processing and all the paperwork associated with an order,” Cahn said.

The amount of paperwork to process an order is the same, whether an order is for 12 units or 12,000 units, Cahn noted. Automation, however, reduces the paperwork burden, increasing efficiency and making smaller orders economically feasible.

Cahn said the task of creating a bill of materials might take one hour of time for a $50-per-hour engineer to complete. Automating the bill of materials creation process eliminates that cost. And while saving $50 is not a big deal on a $50,000 order, the impact is much greater on a $500 job.

“I probably wouldn’t touch the $500 order before the automation,” Cahn said.

Cahn said most of the Rootstock components it has rolled out thus far, along with some Unionwear-built features, have made small-batch customization more economical.

Specific areas of ERP impact include stock control. Rootstock has imposed a structure on the inventory management task, according to Cahn. The software’s inventory feature gives Unionwear a “really good grasp” of inventory levels and needs in real time at any point in time, according to Cahn.

As for financial impact, Rootstock has contributed to a $225,000 reduction in inventory in its first year of use, Cahn said. He said apparel manufacturers tend to order more material than then need to ensure that they don’t run out of fabric when filling an order. The danger, however, is that a manufacturer will order far too much material, which will turn up in the year-end inventory count. At Unionwear, the Rootstock inventory module helps the company keep a close watch on the materials it orders.

“We have a much tighter control over all aspects of our business,” Cahn said.

ERP also provides a greater degree of flexibility. Raw material data in the Rootstock database lets Unionwear tap into existing resources rather than purchase new supplies. For instance, if a new order requires a certain color of thread that Unionwear lacks, it can search the database for a close match.

“In the past, if we didn’t have it we would order it,” Cahn said. “Now, we can look through raw materials and make substitutions.”

Unionwear continues to rollout Rootstock modules as well as its own Salesforce-built features. Cahn said the company is easing into Rootstock’s scheduling and capacity planning module. That capability will let the company look at new orders and, based on existing capacity, determine whether the orders can be produced on time. If the timeframe can’t be met, Rootstock’s “drag and drop” visual interface lets planners move capacity around from one production line to another or reschedule earlier orders to meet the delivery target, Cahn said.

“I can keep moving orders around until we are confident we can produce everything we have sold on a timely basis,” he said.

Also in the works: a mobile technology deployment for production floor workers. The plan is to let workers use any Wi-Fi enabled device to report production data including yield estimates and actual fabric usage. In addition, shop floor personnel will be able to view work instructions, scheduling, and other information on the mobile apps, Cahn said.