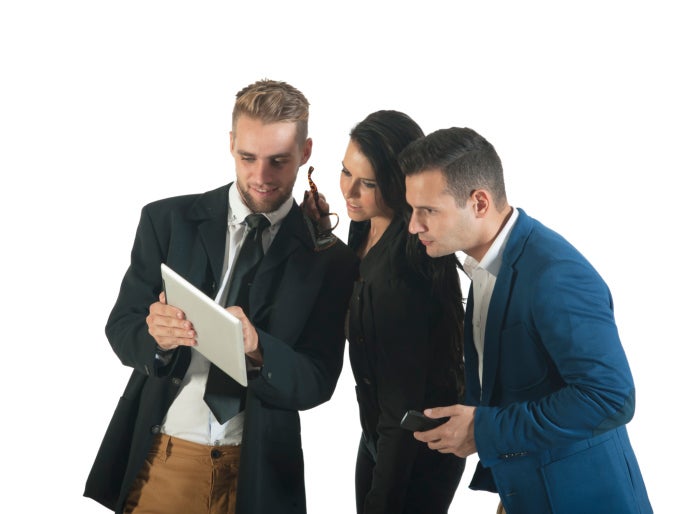 Millennials—once regarded as the job-hopping generation—may be shifting their attitudes on tenure in the workplace. With about half in established careers today, more are looking to settle down within their company.

“If you believe in what you’re selling or doing, I think that’s got a lot to do with it, regardless of age,” said Krista Smith, a millennial and communications coordinator at Texas A&M University.

According to a 2014 report from the Bureau of Labor statistics,the median tenure of workers ages 25 to 34 was three years. But that could be changing: Eighty percent of millennials believe they’ll stay with four or fewer companies for their entire career, according to Bentley University.

That’s good news for businesses, which reportedly spend between $15,000 and $25,000 in time and resources to replace each millennial employee that leaves. But while more want to stay put, businesses need to make it happen. Here’s a look at what millennials value most in workplaces, plus strategies to keep them from moving on.

While the laid-back office environment and fast-paced work culture at startups appeal to some millennials, others have gravitated toward stable and established employers.

[Related: How to Help Millennials Shine in the Workplace ]

Jacob Lillard, an application developer at Atmos Energy said that the state of the economy when he graduated college in 2011 motivated him to find a job at an established company rather than a startup.

“Everyone wants to be a rockstar. But going out to a startup is not worth the risk personally. Startups fail,” he said. “I‘m ok with staying at a stable company and working my way up the corporate ladder. I view job security as pretty important. I want to be a CIO one day even.”

[Related: What Kind of CIOs Will Millennials Make? ]

Lillard, who has been at Atmos since 2011—longer than the national average of his counterparts—said that working on projects where he can see the impact of his contributions have kept him there. In this case, that’s been coding applications for technicians to use in the field.

“What made me want to work at [Atmos] is that I could jump in on a project. It was risky, but they told me I was going to be able to start writing [code]. Their attitude was, ‘We’re going to expect that you’re good until you prove that you’re not,’” he said.

Working on exciting projects has kept Texas A&M’s Smith fulfilled in her role, too. She says she’s not only proud of her job because she’s an alum, but because she contributes to big projects at the university, including the switch to a new athletic conference a few years ago.

“We have gone through some pretty historic moves at the university,” she said. “A lot of things I’ve had the opportunity to work on are big things we talk about [in terms of] the history of the university. That’s been really fun.”

Even though more millennials may want a stable job at a stable company, they aren’t there just to punch their time card. They crave growth opportunities and stretch assignments to help them learn and gain recognition across their organization — which ultimately keep them at employers longer.

Leadership opportunities are important to millennials, too, according to a recent survey from leadership training firm Virtusa. It found that 96 percent ultimately want to be leaders in their careers.

For example, Smith now serves as an adjunct professor at the university, an opportunity she got through a connection. She leads classes on social media, a subject matter that’s an extension of her job as the manager of Texas A&M’s social media accounts. “If you express interest in something, my immediately feeling is to go for it if that opportunity exists,” she said.

Evan Chan, a millennial and manager of the Web and mobile application development group at NASA’s Jet Propulsion Laboratory, started at the company as an intern and was given an opportunity to contribute to projects right off the bat. Being involved in those assignments, “made me valued to them,” he said. “JPL had no choice but to hire me. Keeping people challenged, that’s what keeps us.”

Beyond their roles in the workplace, millennials find value in networking and participating in events and trainings outside their day-to-day work in order to broaden their horizons.

Ronald Vaughn, a millennial and IT director at Jacobs Engineering, has been at the company in various roles since 2006. He attends monthly meetings with cross-departmental employees to network. He says these are “folks I never would have spoken to and I have a relationship with them now.”

Millennial Megan Butcher, an analyst in IT resource planning who has worked at Hyundai Capital North America for three years, participates in the company’s mentor program. She paired up with an IT strategy worker with 25 years’ experience, which she said has given her perspective and a valuable connection inside the company. Her advice for managers: Give millennials change, opportunities for growth and the ability to network inside and outside the company. “When each day is a little different, it keeps you engaged.”