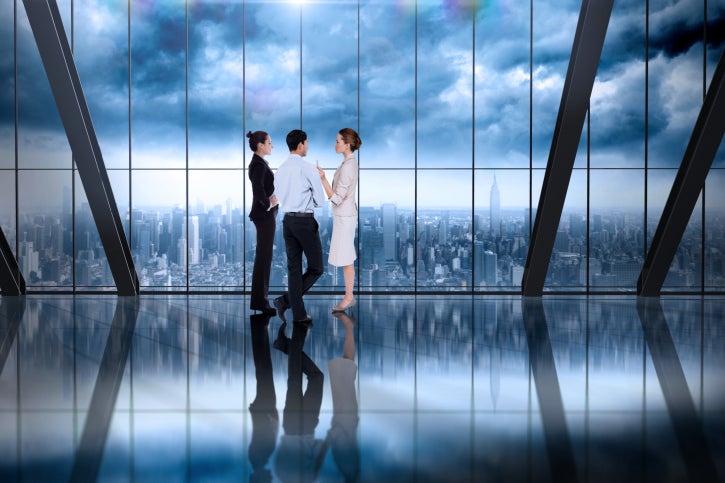 If you are not running at least one service in the public cloud, you must either work for a financial institution or you’re lagging far behind the technology curve. While not every cloud service is right for every organization, they have come a long way since their introduction in the mid-2000s.

Today, there are service for nearly every need. Here’s a look at three major public cloud providers, their current position in the marketplace and what we can expect from each of them this year..

Amazon Web Services is the behemoth in the cloud marketplace and is considered the backbone of many major companies today, including Netflix and Amazon’s own Web superstore. Amazon Web Services is ostensibly the standards bearer in the cloud provider space: It has tremendous support for platform-as-a-service and infrastructure-as-a-service applications, handle a variety of operating systems and workloads, and offer a high level of fault tolerance..

In 2015, we could see Amazon pushing further into the cloud market to allow it to offer feature-comparable alternatives to Microsoft products. For example, in early January we saw Amazon enter the corporate hosted email space with their Amazon WorkMail product as a direct competitor to Office 365 and Exchange Online, and an indirect competitor to Microsoft Exchange Server. This is clearly a direct play against Microsoft. Many customers are concerned with the direction Microsoft is going when it comes to enterprise products and, in particular, its pricing.

We could also see Amazon enter the document management and collaboration market with a cloud service that competes with SharePoint. The company will likely continue investing in Amazon Web Services to make it a good choice for hosting a virtual desktop infrastructure (VDI) deployment, and we might see more head-to-head competition between the two Pacific Northwest software giants in 2015 — a win-win for us all.

Microsoft has always run a competitive service even though it lagged behind Amazon in introducing its cloud platform. Microsoft continues to lower prices and provide even more support for all kinds of workloads, from individual websites on its Azure platform to virtual machines running all sorts of operating systems like SUSE, CentOS Linux and windows.

Microsoft also created mobile services that work for developers while removing all the administrative tasks that everyone hates. For Windows shops, Microsoft is the default choice because its service pricing generally includes Windows licensing, and you can choose to use your existing licenses for most Azure services and pay a reduced cost.

In 2015, we can expect to see Exchange directly supported on Azure. For a variety of reasons, organizations may not be ready to turn over direct management of their e-mail service to Microsoft in the form of subscribing to the various flavors of Exchange Online or Office 365. For the customers who do not mind having the actual service or workload off premises but demand absolute control over its management, hosting Exchange within Microsoft Azure is a good middle ground. This has not been supported thus far, mainly due to the way Exchange writes data to the disk, but I think Microsoft can overcome these problems and Azure will support Exchange at some point in the calendar year.

We might also see further networking improvements. The ExpressRoute service, which lets connect directly from your corporate network or data center to an Azure data center, is pretty much free right now, outside of telecom company costs. I would not be surprised to see this promotion extended — after all, it is in Microsoft’s interest to get companies directly connected and embedded into Azure in order to make them more “sticky”customers, resistant to switching.

Finally, we may see more from Azure RemoteApp. Think of Azure RemoteApp as taking VDI and making it a PaaS-type app. To create a VDI infrastructure, you would spin up a lot of virtual machines, cluster them together, load balance them and then manage software deployment and usage. In other words, a lot of administrative work.

Azure RemoteApp takes an application you want to run in the cloud, then sets up the platform and makes sure everything is configured correctly. In the end, it spits out Remote Desktop Protocol links that let you launch the apps on your own systems. Right now this works with Office 2013, but expect to see other applications supported in 2015, potentially with a way to package your own line of business software for use with Azure, in addition to a way to make sure these applications can reach back inside your network for connections to on-premise databases and systems as necessary.

Among the cloud giants, Google is a distant third in terms of marketshare, pricing generosity and general usefulness to the enterprise. Google, at least in the medium-to-large business segments, has trouble in two respects: shaking off the notion that they cannot be trusted due to advertising and user data mining, and the simple fact that their offering has fallen behind those that Microsoft and Amazon offer, especially with respect to running Windows client and Windows-Server-based workloads.

Only recently has Google added support for Windows Server 2008 R2 and the Microsoft Licensing Mobility program. This lets organizations move their paid licenses around for on- premises and cloud without re-buying copies. This support was added in December, well after both competing cloud giant services offered it. For these general reasons, Google has the most ground to make up.

What can we expect from Google in 2015? I think we can assume that they will continue to play catch-up. I think they want to expand support for the latest Microsoft operating systems running on their service, like Windows Server 2012 and Windows Server 2012 R2.

We will see Google continue to invest in the network experience and offer direct connections, better support for VPN connectivity for those who do not want to lease a line into a Google data center, and better support for running public services.

I also think we can assume that they will either stay aggressive in their pricing or perhaps cut their prices, relative to the other players in the market. When you have a product that is less capable and powerful as others, an easy way to gain market share and customers — if you have deep pockets, as Google certainly does—is to lower your price.