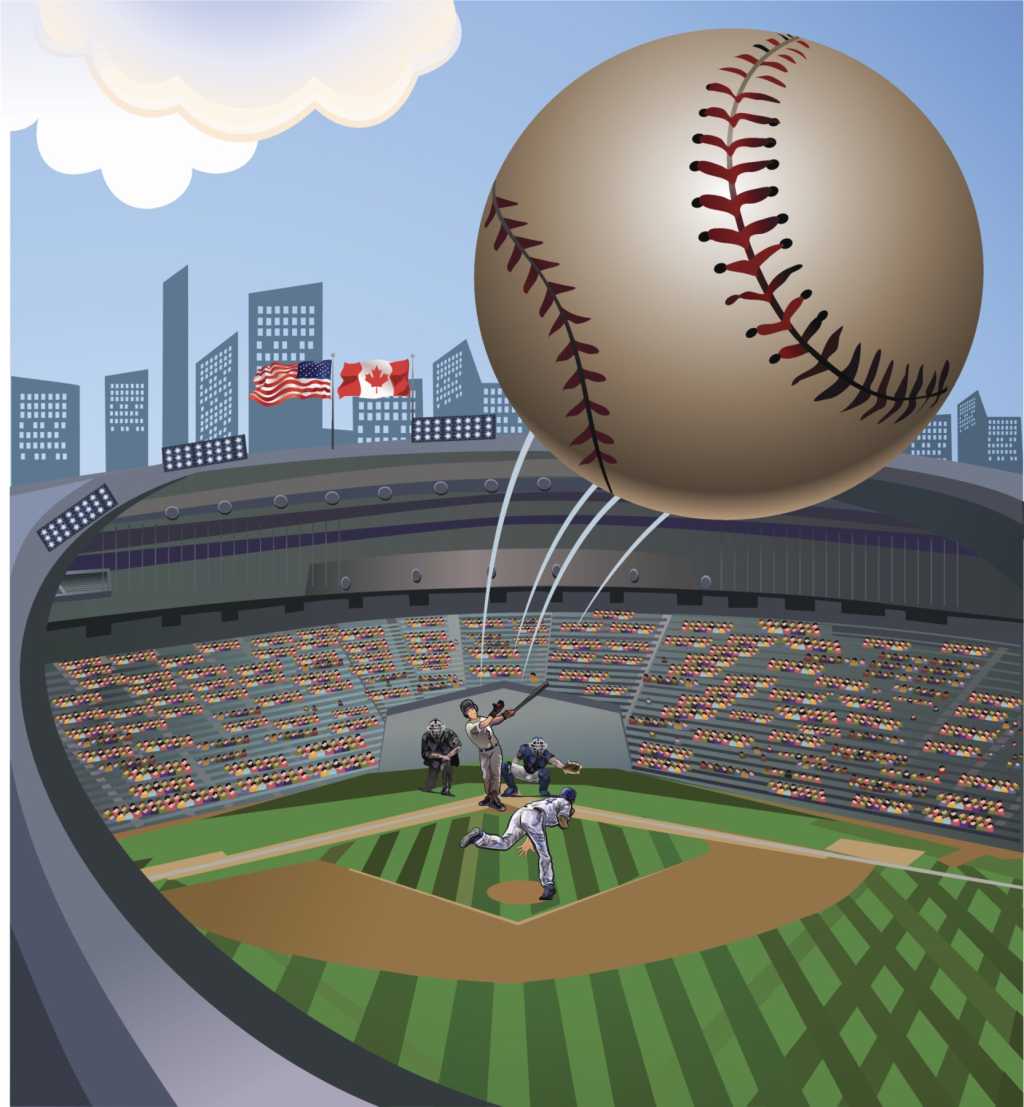 What’s more exciting to a baseball fan than the start of a new season? To many, it’s the start of fantasy baseball season. Indeed, some might argue (and have) that fantasy baseball, where individuals manage hand-picked teams of MLB players and compete against others using player statistics to score points, has become more popular than Major League Baseball.

So with fantasy baseball about to get underway, CIO.com went behind the scenes at one of the most popular fantasy baseball sites, ESPN Fantasy Baseball (which debuted in 1996), to find out how the site (and the game) has evolved technologically over the last 19 years.

CIO.com:  How many users does ESPN Fantasy Baseball currently have? How many of them are mobile?

Jason Waram, vice president, product development, fantasy games and social media at ESPN: I think it’s fair to say more than a million. [ESPN does not release Fantasy Baseball subscription figures.] It’s nowhere near the range of football [which has over 6 million subscribers]. And I’d say that three-quarters of the users are using our mobile products. That’s been a focal point of ESPN, how we approach mobile users.

CIO.com:  How often are stats updated?

Waram: Hundreds of times a day. Every time a stat happens, it’s there. As soon as something happens in the ballpark, we’re privy to the MLB feed. It’s processed by our stats and information group. Then it trickles down to power things like the live box scores and game recaps on the [ESPN] site. Then it goes into our fantasy system where people’s stats are updated probably within a 5-to-10-second range of the event happening.

CIO.com: How many people work with you on ESPN Fantasy Baseball? Do you have a dedicated tech team?

Waram: I would say directly there [are] 14 [people]. To put it in perspective, though, Fantasy Baseball, Football, Basketball and Hockey all run on the same core platform here at ESPN. And that’s a different platform than for March Madness, Streak for the Cash, things like that.

But we have a dedicated staff for what we call our League Manager games. [In addition,] there’s probably another dozen people who look after overall infrastructure, data infrastructure, and stuff like that, who come in and out of these games depending on where we are in the development cycle.

CIO.com: What platform/software do you use to run the site?

Waram: We’re a core Java shop, and we use Microsoft’s database products. Then we have a front-end open-source templating language that we share with the rest of the Walt Disney Company that powers the front-end presentation layer.

CIO.com: Do you have servers on site, or somewhere in the U.S., or do you store data in the cloud, or use some combination?

Waram: We have our own data center that we share with other properties at the Walt Disney Company that’s located in Las Vegas, in a colo facility down there. [We use] the cloud for some things, like the new scoreboards that we have coming out with our redesign. But for the most part, the high- availability, high-throughput system is all run through our data center in Las Vegas.

CIO.com: Have you ever had an issue with the system going down, even just for a few minutes? Ever had any problems with statistics?

Waram: We’ve had outages, absolutely. But we’re very vigilant. [ESPN has a disaster recovery plan in place.] And we’re [made] aware of small issues very, very quickly, especially statistical ones. A lot of people play these games very closely. We’re listening to fans on Twitter and on Facebook. When they see problems, we react to them very quickly.

CIO.com: Do you have people arguing with you about statistics?

Waram: Oh, absolutely. Less so in baseball, because there’s more of the concept of the official scorer. In [fantasy] football, there are debates that rage for weeks. There are some legendary plays, like fumbles at the back of the end zone where the defense touched it but didn’t get credited with a touchdown. They were credited with a safety. Things that swing people’s head-to-head games in one direction or the other. And [people] have a very strong opinion of what statistically should have been the outcome.

CIO.com: You’ve been with ESPN Fantasy for 15 years. What have been some of the major changes to the site over that time?

Waram: In the early days, it was us trying to use as much of the statistical content that was available to us and put that in front of fans. We wanted to have a really robust, configurable system, and that’s what we worked on a lot in those early days, to make as many different ways for people to play.

You know, the amount of customization that a league manager can do is in the hundreds of thousands of different ways to play Fantasy Baseball. We wanted to be able to accommodate that.

Then when we moved into the mid-to-late 2000s, everything was about making sure that people could be mobile with this stuff. That’s been the big one.

[More recently], it’s about alerting fans and making sure that fans are plugged into what they want to be plugged into – more personalized content around the games themselves. The games have remained largely stable, in the game play aspect of it, at least on the league manager front. But we want to be able to get people information about the players on their team in a timely fashion.

No one wants to sit down to watch a ballgame that night to find out that their starting pitcher was scratched six hours earlier and they had no idea. People want to be alerted about that.

And again, [I] don’t want to overstate it but their ability to make changes and do anything they want on mobile. That’s been our goal since the first day that we came out with our app six years ago is to be able to do everything you need to do without the aid of a desktop.

CIO.com: What about predictive analytics? Has that played a role?

Waram: It certainly [has]. We’ve patented a bunch of the analytics that we’ve done. And our analytics are different than [some of] the other sports analytics. Ours is more around helping people draft better and understand what players in what position are better values. Maybe there are eight third basemen that are going to be really good this year, but there are only three first baseman.

We’ve got some guys who are particularly adept at looking at how leagues start and how they end and who’s done a good job of drafting and making adjustments throughout the year and then trying to model some of that stuff.

CIO.com: So has it become more technologically challenging to manage the site, or easier, over the years?

Waram: It’s significantly more difficult now. Early on, around 2000, all we had to make sure of was, is our signup process correct? What is our live game experience going to look like? And is it going to work in IE4 and in Firefox … and Safari?

Now when we build a game we have to account for apps on multiple operating systems. We have to account for multiple different tablets. How are we going to treat things on, say, a 10-inch screen and above, a 10-inch screen and below and connected TVs? How does it work on Xbox and Roku and [other] devices? It’s much more complex than the earlier days.

CIO.com: So are you a baseball fan? Do you actually play ESPN Fantasy Baseball?

Waram: Both. I grew up playing baseball. I am a baseball fan. [However,] it’s debatable how good I am at Fantasy Baseball. Thank goodness the job here doesn’t require me to be good at these games. Just to make sure that they work.