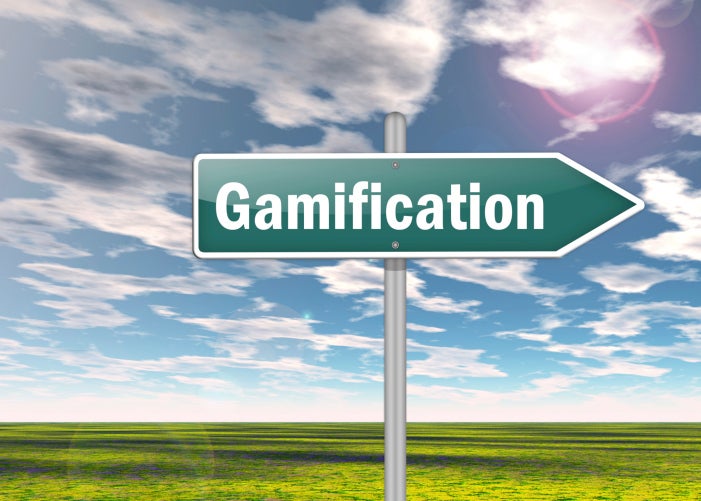 Scientists have learned quite a bit about the brain lately.

For example, a team at Harvard Medical School found that humans tend to learn the most when they are exposed to small pieces of information. Gamification, a technique of learning and motivation that involves rewards and entertainment, employs this concept.

Many large companies, including Xerox, Allstate and Hyatt Hotels, use gamification to teach employees processes and procedures, improve productivity and even to pump up sales and reach revenue goals. Here’s a look at their different approaches to engaging employees in unusual ways.

At Xerox training is trivial

Sitting an employee down in a two-day training session is often a recipe for disaster. Apart from the boredom and stale conference room donuts, this type of old-school training often won’t register with new hires or sales teams since it’s difficult to absorb that much information. Three months later, you might not even remember if you took the course at all.

[ Related: How DirecTV used gamification to overcome the fear of failure ]

Kerry Hearns-Smith is a senior learning strategist at Xerox. Her team uses an app called Qstream, which is similar to the popular trivia game, Trivia Crack. Instead of a formal training seminar, employees use the app throughout the day or at team meet-ups and compete with one another by answering questions. The idea is to instill best practices in employees who are on the go and too busy for formal training seminars.

Because of the unique format, the gamification element received mixed reviews by employees. It may have been too out-of-the-box or creative for learners who were more familiar with our more typical training experience. Lyn Scrine, ethics director for Allstate Enterprise Business Conduct

“Xerox uses a more informal and experiential approach that adds some enticement and fun,” says Hearns-Smith, who is part of the Learning Services group. In some cases, her team will use a leaderboard in a room to show who is answering the most questions correctly. At a sales event, they might also give away prizes and other incentives.

Research shows that games have a unique way to motivate people in business. More than 94 percent of Xerox sales people participate in the Qstream games, says Qstream co-founder and CEO Duncan Lennox. In a large company, about 100 to 20,000 employees can participate in mobile games, usually in teams of 30-80 people, such as those in regional offices, he says.

“This is about engaging the salesforce and also about educating and driving behavior the company wants,” says Lennox. “People look at this and see how this could be knowledge-rated product information, such as learning about the speeds and feeds for a new computer.”

One of the most interesting gamification programs comes from Allstate. The insurance company wanted to teach employees about information privacy, and created an online course that involved a superhero and a villain.

Lyn Scrine, ethics director for Allstate Enterprise Business Conduct, says the goal was to teach employees about the risks of stolen information. Instead of just handing out literature or links to a corporate website, it designed the course to be entertaining and instructive. She says about 80 percent of the company’s 70,000 employees participated. After the course, another 4,500 employees completed an online survey to find out if the gamification program worked.

[ Related: Gamification pitfalls and how companies are avoiding them ]

Scrine says the findings were enlightening. Younger employees, those who might play Xbox or PlayStation on the weekend, responded favorably to the course —but older employees did not. “Because of the unique format, the gamification element received mixed reviews by employees,” she says. “We feel it may have been too out-of-the-box or creative for learners who were more familiar with our more typical training experience.”

That said, the company tracked courses that did not include a gamification element and found that more employees participated when gamification was involved. “Feedback we received showed that some felt the format and storyline was not serious enough for such an important subject,” says Scrine. “Others recognized that it was a new way to reinforce information they had been educated on numerous times before.”

Not all gamification systems are intended to teach a company process or instruct salespeople through an entertaining trivia game. At Hyatt Hotels the goal is to reward employees and provide incentives. As Denise Pullens, the assistant director of operations at the Hyatt Reservation Center, explains, it’s all about establishing on-the-job goals.

For example, once a new customer service rep makes a certain number of calls or new enrollments in a rewards program, he or she will receive virtual tokens to play in a game created by Snowfly, a game developer based in Laramie, Wyo. One game might involve unlocking a treasure chest or throwing darts. Rewards range from a simple gift card at a local restaurant to a vacation getaway. Pullens says the gamification occurs at all levels of the process, from completing work objectives to playing the games and then choosing a prize.

There’s a reason why this works, says Brooks Mitchell, CEO and founder of Snowfly, who also is a professor of management at the University of Wyoming. One study he mentioned involved giving people a set reward of 10 points or letting them compete for up to 10,000 points. He says 99.6 percent of participants chose to compete.

“The main key to success is to identify short-term and measurable accomplishments,” says Brooks. “In sales, while the ultimate goal is the sale, there are many smaller sub-behaviors which, if accomplished and rewarded, will lead to the end goal of the sale.”

Hyatt employees can compete in the games between phone calls or on breaks. The reservation center uses Snowfly games for all 500 employees. Recently, a few of the hotels have started experimenting with using Snowfly as an incentive program as well.

In the end, gamification can work in the enterprise. Gartner analyst Brian Burke says companies like DirectTV and NTT Data use gamification to teach employees about company processes. The key, he says, is to make sure the gaming elements are tied directly to company goals.