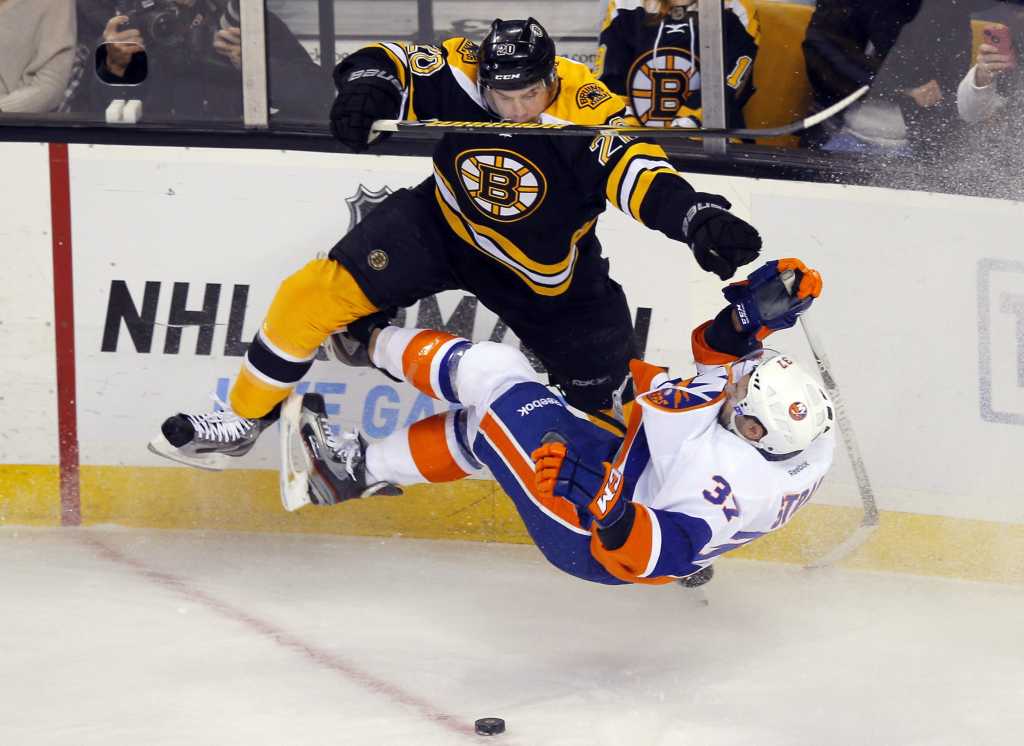 Case in point: The National Hockey League (NHL), which is digitizing and repackaging its statistics — some of them going back nearly 100 years — to create a new enhanced statistics offering that it hopes will appeal to hardcore hockey fans while drawing in more casual fans.

Last month, the NHL announced a multi-year North American partnership with SAP SE, which will help it provide fans, broadcasters and media the ability to analyze official NHL, team and player stats that will include advanced visualizations that will “tell stories,” as Steve McArdle, executive vice president of Digital Media and Strategic Planning at the NHL, puts it.

“There is fan appetite to be able to derive insight around what happens on the ice as computing power increases and fans are starting to understand more about the strategy and tactics and action on the ice,” he says.

Analytics are changing on the fly

Hockey has always been an old-school sort of sport, and many clubs and coaches have been slow to embrace analytics — much like baseball before Sabermetrics exploded into the wider public consciousness. And it has been argued that hockey’s rapid and fluid nature, with players entering and leaving the ice on-the-fly as play continues, makes it resistant to the sort of modeling that can be done on baseball with its stately pace and one-on-one matchups.

But as with baseball’s Sabermetrics, a niche core of devoted hockey fans embraced the challenge of modeling hockey and created their own language to describe it. You don’t have to go very far down the rabbit hole to encounter some of their metrics:

There are others as well. While McArdle notes that fans who argue about these stats online are extremely engaged, he says the obscure jargon can be impenetrable to more casual fans and the conversations are happening away from NHL.com

A new way to analyze the game

“Goal number one is to put these stats on NHL.com,” says Chris Foster, director of Digital Business Development at the NHL, who is leading the charge to digitize all of the league’s game records going back to its first season in 1917-1918. “We know that’s where the majority of casual fans come to find us. We know there’s going to be a learning curve, but we want to teach our fans a new way to look at the game and analyze the game.”

“There will be quite a bit of commentary about how or what these statistics are and how to interpret these statistics,” McArdle says. “We’ve given a lot of thought, even to the names we’ve given to these statistics, to kind of chip away at the mystique. We want to make sure that the casual fan understands what the stat is, to be as descriptive as possible.”

That’s part of the first phase of the NHL.com/Stats redesign, along with more than 30 new extended statistics like first and second assists (1st A, 2nd A), goals by time (G/20), penalties (taken and drawn) by time (Pen/20, PenDr/20) and average shot length (ASL).

Phase 2 is planned to roll out in time for the 2015 Stanley Cup Playoffs. It will feature analysis for every Stanley Cup Playoffs game and series using an algorithm that incorporates 37 variables, including road record, goals against, special teams statistics, etc. Advanced filtering will allow users to do game, season and career comparisons between players, teams and games delivered in dynamic line graphs.

Phase 4 will come in 2016 to coincide with the NHL’s Centennial Celebration. It will feature the entire official statistical history of the NHL, including every box score dating back to the league’s inaugural 1917-1918 season. With 100 years of stats fully integrated into the package, the NHL will roll out new tools and functionality, including advanced filtering and visualizations that can be applied to the entire history of the league.

“The historical data is certainly not as in-depth as what we’re collecting today,” McArdle says. “What the data going back to 1917 allows you to do is really tell stories.”

For the first time he says, you will be able to have that argument at the bar about whether Gordie Howe, Wayne Gretzky or Sidney Crosby is the greatest player of all time and use visualizations to back up your claim.

“You’ll be able to do team comparisons across eras,” he says. “You’ll be able to ask ‘who was better at X, Y or Z. It will allow fans, broadcast partners, bloggers, analysts and commenters to tap into that data.”

The package will leverage the SAP HANA Enterprise Cloud service, along with various SAP solutions and technologies.