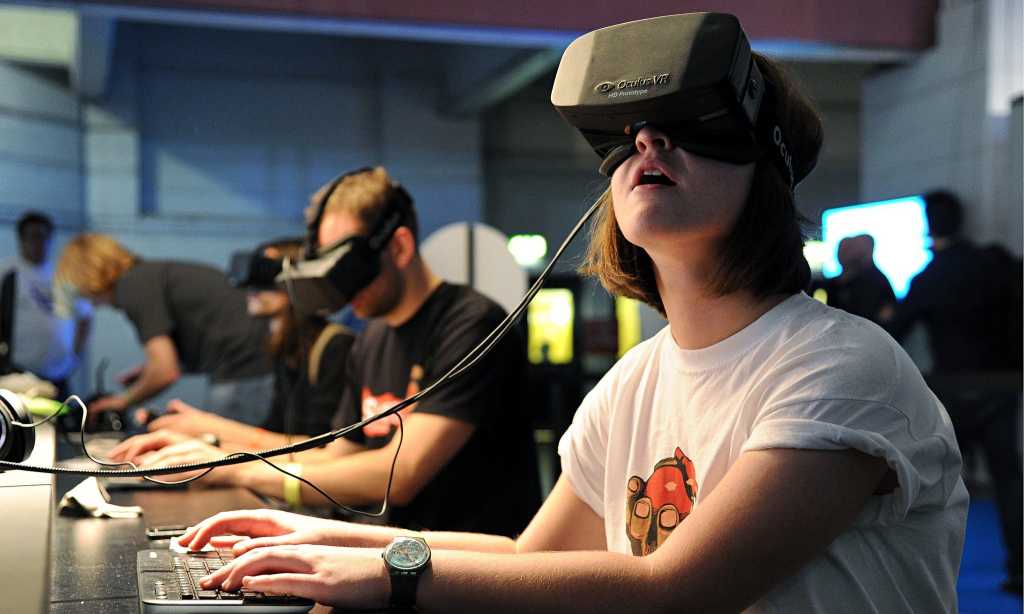 Facebook’s version of reality — virtual, social or otherwise — is perhaps even more futuristic than most people imagine. What is real to Facebook might not seem so realistic to anyone else. The company is betting big on its vision for how people will communicate and consume media in the decades to come.

By 2025, Facebook expects virtual reality (VR) and immersive video to be the dominant forms of media on its platform. It’s a head-scratching prediction that requires some perspective before you brush it off. It’s hard for many of us to remember, but using the Internet on a mobile device is still a relatively new concept. Forget about hailing a driver with a ridesharing app, splitting a bar tab with a couple of friends by using your phone or pulling up Google Maps directions midway through a journey on a display that fits in your pocket.

New technologies take time to gain interest and longer for mass adoption, sometimes significantly longer than expected, but when the crossover happens it’s often difficult to remember the way things were just a few years earlier. The reality is that the challenges of VR embody much of what makes new technology exciting.

Facebook says reality is only what our brains tell us is real. The company suggests that “all reality is virtual” and somewhat cautiously proclaims this will become a universal truth “maybe not today, maybe not tomorrow, but someday and for the rest of your life.”

Despite Facebook’s unparalleled power and influence over all things media, it can’t make VR succeed on its own. The market for the technology, technological advances and other forces that are beyond its control will largely dictate Facebook’s success, or lack thereof, with VR. Facebook also knows it must inspire developers to tackle VR, and this was its prevailing objective at the recent F8 conference in San Francisco.

The advances required to make VR real won’t happen until the industry forms a deeper understanding that spurs radically new technology, according to Michael Abrash, chief scientist at Oculus, the VR company that was acquired by Facebook last year.

“VR is good enough today to create experiences, but just barely,” Abrash said at F8. “Lots of important pieces aren’t in place yet.”

Facebook has many reasons to be bullish about the future of VR, and it is undoubtedly aware of the mistakes others made in the past by introducing new, futuristic products before they were ready.

Google Glass might be the most obvious and timely parallel because both devices put an immersive screen in front of users and look like props from “Star Trek.” The prototypes for Oculus and other VR headsets are even more obtuse and awkward looking than Google Glass. Google’s foray into augmented reality (AR) quickly captured the attention of developers and consumers, but today the platform is in a state of relative uncertainty. And though Google may not readily admit it, Glass was a half-baked product that launched too soon.

Facebook might not be able to get away with launching its VR play too early, so it must be careful not to lose momentum in a similar fashion.

[Related News: At Facebook, a sharpening focus on virtual reality]

“We know we are just on the cusp, just getting there to get that sense of presence where for a moment your conscious brain is overruled by your subconscious,” says Facebook CTO Mike Schroepfer. “So we know we’re just getting to that minimum bar of presence this year with what we can build with VR technology.”

Abrash says VR was dead and buried as recently as three years ago, but good consumer products from at least four major manufacturers will ship in quantity during the next year or two. Developing better VR technology is hard, and it requires a long-term commitment, Abrash says. He also notes that Facebook’s $2 billion acquisition of Oculus a year ago was important because it gave VR some time to fulfill its potential.

Focus should be on the reality, not the virtual

Most people focus on the virtual part of VR, but Abrash says the emphasis should be on the reality.

“We, our conscious minds, never actually interact with the real world,” Abrash says. “Instead we interact with signals from sensors in our eyes, in our ears, in our skin, on our tongue, in our nose, in our…organs and throughout our body. We only know what those sensors detect, interpret and signal to the brain, and that’s actually a very small subset of the real world.”

[Related Opinion: How virtual reality will impact the enterprise]

Take vision, for example. Humans can’t see infrared or ultraviolet, they have only three color sensors and can see only a two-degree circle in high resolution. People have blind spots in each of their eyes and can only see a fraction of the 360 degrees around them at any time. There’s a large blind spot straight ahead of them at night, and anything but the plane they focus on is blurry, according to Abrash.

“The fact that reality is whatever your mind infers from the nerve impulses sent by your sensors, based on its model of the world is at the heart of what makes VR different and more powerful than anything that has come before,” he says.

Reality is whatever you believe it is

Good VR can replace rather than augment the real world, according to Abrash. “VR is more than just another platform. In the long run it has the potential to create the whole range of human experience. and while it will be a very long time before all of that potential is fulfilled, the process is well underway.”

Facebook’s Schroepfer says consumers will be able to experience the latest state of VR when Oculus ships later this year.