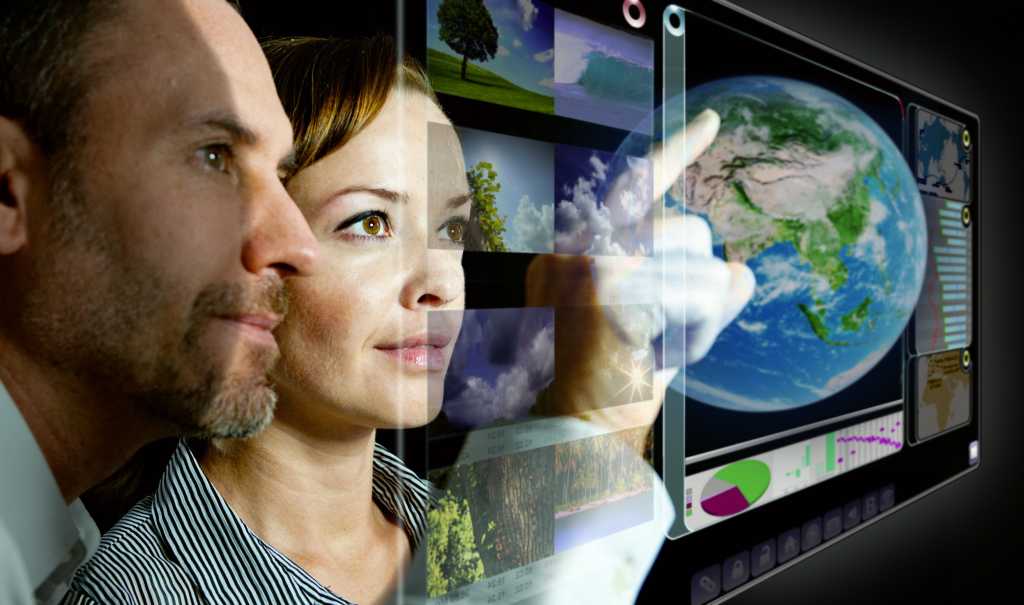 I used to be a business and technology competitive analyst for IBM. Back then we spent millions on studies attempting to better anticipate future events. It was fascinating work, and it’s that type of work makes China different than the U.S. today. That country has institutionalized this process across the nation, which is why it seems to be advancing more quickly than the U.S. is at the moment.

EMC is one of the few companies that both does this work and shares what they learn with the outside world. That was the reason behind a dinner I had with them and the Institute for the Future, the think tank that spun out of the Rand Institute focused on helping decision makers better anticipate the future.

It used a split methodology to capture this view of the future. To establish a baseline it used traditional surveys through Vanson Bourne looking at 3,600 leaders in 18 countries across 18 manor industries. (For more on the report, see “Why digital transformation is a make-or-break proposition.”)

Survey can’t see the future, but ….

Surveys are lousy at predicting the future but they are valid for setting baselines or to document historical events. The reason they aren’t predictive is that people tend to live tactically and in the present. Given their future decisions will be based on future events they haven’t yet seen,  they generally suck at predicting what they will do without heavy coaching. This can’t be done in a survey.

The Institute for the Future used a derivative of the Delphi method that came out of Rand (the Institute for the Future spun out of Rand Corporation). The updated method is aggressively moderated so that the selected pool of executives can be framed into a future mindset so they are virtually living in that future and can then more accurately predict what they will do in that future and what will be important. Sustainable (Tesla), Connected (Nest/Google/Twitter), and Convenient (Netflix) are some of the companies they used to exemplify the core concepts that surrounded this future focused effort.

It isn’t a crystal ball but it is about as close as you can get short of coming predictive AI analytics engines which may be able to do this better.

Based on survey results companies are currently focused on having technologies like cloud computing, mobile devices, data analytics and social media help them in one of three ways. Predictively spot new opportunities, demonstrate transparency and trust, and innovate in an agile way. Unfortunately, they also mostly feel they suck at these things as only 34 percent thought they were good at spotting new opportunities, 35 percent thought they were demonstrating transparency and trust, and a lowly 25 percent   thought they could innovate in agile ways. And looking across the company only 29 percent thought they were able to properly secure their firms or provide the unique personalized experience that customers wanted. Heck, apparently only 9 percent thought that their companies could innovate in an agile way across their entire company (the higher score related to individual departments. It is interesting to note that this is kind of like saying “everyone else in the company sucks, buy my group is doing a great job!”

To net this out it appears that the majority of respondents know what their company needs to do but can’t or don’t do it, which is kind of scary It’s even scarier when you look at the geography statistics: Only China, as a country, stands out (and almost alone) as being deeply focused on fixing this.

Respondents identified massive changes in customer expectations with more than 90 percent reporting significant change. China and Switzerland, as geographies, were the most outspoken about needing faster and better (24/7) customer access and more personalized experiences. The respondents in general plan to significantly increase the number of platforms they use (time for some updated BYOD limitation policies). But only 24 percent of firms said they were good at most of this.

China was by far the most aggressively looking at mobile devices changing business (82 percent) followed interestingly by Brazil (77 percent) South Africa and Switzerland (75 percent each).   China again leads with data analytics as well (suddenly I’m getting kind of nervous about China) 78 percent, followed by Russia (62 percent), and Brazil (61 percent). It’s interesting to note that both cloud computing and social media had a far lower average impact than you’d have thought with only 45 percent showing impact from the cloud and 40 percent reporting an impact from social media. Underneath this, however, China was at 77 percent for cloud and 55 percent for social media again showcasing that China may be leading the world in all of these megatrends (which doesn’t bode well for everyone else).

In short, today not a lot of folks are feeling very secure or even adequately capable of facing the present let alone the future but China appears to be kicking everyone else’s butt.

Looking to the future, according to the report, we are looking at yet another huge directional shift with the tools and technologies in use five years from now looking and acting far differently than they are today.

Machine learning will shorten current training times for analytics systems and dynamically adapt to changing conditions. Specifically they forecast that we will increasingly be in an information economy where information is the new currency and companies that control it the new power brokers. Ecosystems will be not only increasingly more connected but more aware and responsive.

AI will more aggressively support decision making. The resulting information will be presented in a way that it can be absorbed through multiple senses. OK, that’s new (I’m thinking a skunk like smell if the customer satisfaction scores suddenly drop).   Privacy will increasingly be a problem/opportunity and while this will likely vary greatly across age groups, consumer-directed tools should help close the gap on privacy fairness.

To net out much of this, the future will require a vastly changed set of tools and skills and only by focusing on remaining agile and keeping your eye on the trends, problems, and related technology advancements will you have a hope of keeping up.   Good news is that most clearly won’t be able to so if you can keep up you’ll stand out sharply in a crowd of under performers.

The big takeaways for me were that China is really kicking butt. This is the second event this week where I’ve been told that China is approaching technology far more aggressively than any other country on the planet and that this is being driven as much by the government there as it is the companies.

It is also clear that most companies are aware they are out of step with today and will be even more out of step tomorrow, which suggests some massive competitive changes are coming as younger, more agile, firms more aggressively adopt and use the technologies that most everyone feels are important for today and tomorrow.

Regardless of who is still around in five years, as consumers our information will increasingly be a currency that other firms’ trade, our experiences will be more personalized, and our life far more automated than it is now. And many, if not most, of the brands we’ll know and love in five years probably don’t even exist yet.

That’s kind of scary but it does suggest that pretending this won’t happen will likely be a great way to fall off this list of known and loved brands and drop onto the list of forgotten ones.

Right now it looks like China is aggressively working to take center stage for the next big technology wave. If that doesn’t change, the odds are pretty good you’ll be working, or thinking of working, for a Chinese company five years from now.