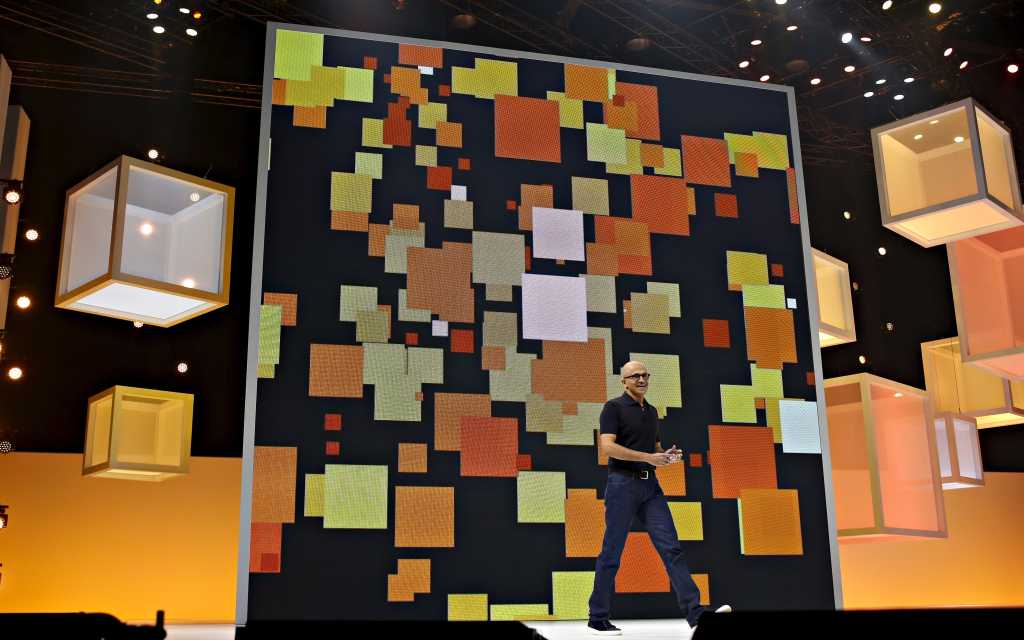 Microsoft kicked off the Ignite conference yesterday. The event is the combination of its IT pro-oriented TechEd conference along with the smaller Exchange, SharePoint and Lync conferences it had run at various points over the past decade. Here some initial thoughts and impressions of the keynotes and product announcements.

A sleeper announcement yesterday started off the keynote: Windows Update for Business, or a cloud-based version of the Windows Server Update Services that has formed the basis of corporate patch management everywhere.

Windows Update for Business sort of sits in the middle of these two and supports the branches and distribution rings that are a part of the servicing plan for Windows 10 in the future. (Remember that Windows 10 is the last major version release of Windows, and future updates to the operating system will include new features and capabilities and will be delivered through an update process, as opposed to today’s system of relicensing and reinstalling or upgrading to newer versions of Windows.)

Windows Update for Business is meant for smaller shops without a dedicated patch management process, or perhaps departments that operate somewhat autonomously such as in university settings, but that desire to control updates without letting Microsoft just spray and pray patches and features into their systems. Windows Update for Business will be free as long as you already have Windows Pro or Windows Enterprise licenses. It is not meant for consumers who will continue to use the revamped Windows Update interface built into Windows.

Why Windows 10 makes sense for enterprises

A large portion of the keynote was spent unabashedly attempting to make the case for Windows 10 in the enterprise, especially after the dismal reception Windows 8 (at least initially) received. The main points here were the following:

A bit on Continuum for phones

Continuum is the Windows 10 feature that handles the responsiveness of changing form factors while continuing with a session — if a tablet user attaches a keyboard, the UI adjusts to the traditional Windows interface, and when the keyboard is detached, the interface readjusts. But extend Continuum to phones and it really gets interesting. Continuum for Phones lets a phone drive an HDMI compliant monitor and Bluetooth mouse and keyboard seats while still operating the phone screen.

Since Windows Phone runs Universal apps, you are running the same code everywhere so your experience is basically a PC. We are finally at a point where phones can be that powerful, and road warriors could just bring a phone along and use any monitor they choose along the way, no laptop required. Much more to come on this, but it is fascinating to see this develop.

On the SharePoint/Lync/Skype for Business front, we have the Office 365 Workmap, a new feature that lets you view how your team is working — how many e-mails, how many meetings, when they are working and answering emails, and so on, so you can easily swap priorities, bring new people into a project, and shuffle around to make sure all of your human resources are used efficiently. I am not sure how useful this will be in practice, but it is an interesting dynamic.

OneDrive for Business integrates tightly with Office 2016 so that we are not sending attachments back and forth. It also intelligently adjusts permissions — if I own a file and “attach” the pointer to that file to a message destined for someone who does not already have access, Office 365 (and perhaps SharePoint on premises) will figure out the permissions and automatically add what’s necessary. No more screwing around trying to get rights to view a document even though someone sent it directly to you.

All meetings scheduled in Office 365 will automatically become Skype for Business meetings that support video collaboration and co-creation and editing using Word, Excel, and PowerPoint Online. The full fat desktop clients in the Office 2016 suite will also support real time coauthoring, pixel by pixel exactly what is happening within the document and who is performing what elements.

I could write this section solely with these words: “I want one.” 84-inch 4K display, a full PC, touch sensitive, designed for collaboration. As Microsoft’s Julia White put it, “this is a conference room device that will actually get used.” It’s a whiteboard, a video conferencing solution, a full computer with Office and all sorts of connectivity, and the ability to work with Skype for Business nee Lync to ad-hoc add and remove participants and in general collaborate more effectively. Heck, even the “I’m Done” feature which takes everything that is happened, saves it to OneDrive for Business, clears the whiteboard, and gets the device ready for the next meeting to happen in that very conference room could save five minutes per meeting and ensures no data is lost and no idea or action point that was captured during the meeting does not get sent out to everyone.

This was Microsoft’s moment to speak directly to IT professionals and CIOs to show them that while the cloud is here to stay, what really matters is how you empower your users to get work done in new and exciting ways. The company did an excellent job of showing how these new scenarios, powered by modern architecture and modern devices, will really take business forward. There is a lot to like here in principle. Now it remains to be seen how well the pathway forward to this modern architecture is laid out, how much it will cost, and what its limitations are. We will learn this in the days to come.