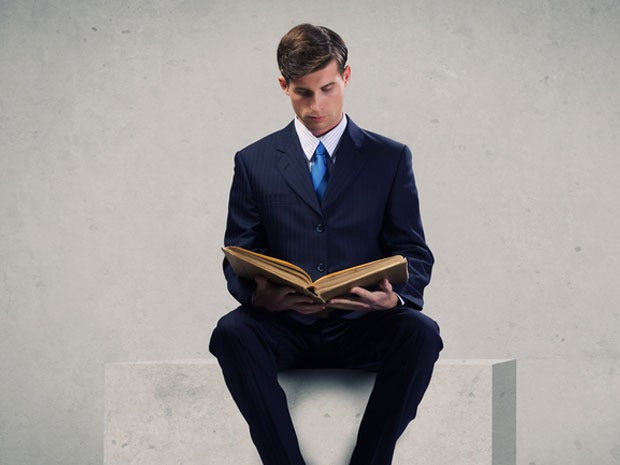 You have your pick of hundreds of books on business, leadership and creative thinking in business. But which ones are really worth your time? These hand-picked books from 2015 address some of the most important IT leadership issues of our time, including how to analyze data more effectively, how to hire in our current “everyone is an expert” culture and what it really means to lead in the face of widespread adversity and economic upheaval.

‘Data-ism: The Revolution Transforming Decision Making, Consumer Behavior, and Almost Everything Else‘

Data discovery is transforming how IT operates, but it is also transforming how we think about problems and how we resolve them. That’s the key insight from this seminal book on the data analysis explosion happening in just about every major company. As more IT leaders hire chief data scientists and invest in the future of big data, Lohr puts it all in perspective.

“The technology and tools of data science do matter,” Lohr told CIO.com. “But the real goal is to shift the culture across the organization, to foster a mindset, so that thinking about data becomes the starting point of inquiry. It’s a mentality that can be summed in a question: What story does the data tell you? That moves the pendulum of decision-making. Data and analysis play a larger role in most decisions, and intuition and gut feel less so. Extol the virtues of data-ism, but recognize its limits. After all, intuition, at its best, is a person synthesizing a lot of data, but the kind you can’t put a crisp number on.”

Leadership should be focused on providing directions to the people on your team. It’s not about your personal goals and life direction. That’s a key takeaway from this book on managing in an era when the teams within a large organization tend to be self-directed. The goal is to maximize how much productivity everyone can achieve, and that requires a unique leadership style.

“Today technology industry leaders need new and different skills than those that made their success in the past,” Ibarra told CIO.com “Technical and functional expertise now matters less at the top than business acumen and ‘soft’ leadership skills. It’s no longer enough to be a great technologist, leaders are also expected to be strategic thinkers, who can offer their CEOs and peers insights on key decisions from an overall business perspective and not simply from the vantage point of their function, and to excel at the art of getting buy-in for their ideas from a diverse set of stakeholders. Building both of these skill sets depends on gaining external perceptive — increasing outsight.”

‘Work Rules!: Insights from Inside Google That Will Transform How You Live and Lead‘

What can you learn from a vice president of HR at Google? Plenty. In his detailed account of leadership practices in the famed search company, Bock explains how the ruling authority on a team is essentially the one who influences, trains, and supports his team. It’s no longer about having the most power or even making the decisions. You are leading a team of people who might even be better at making decisions than you and better at their jobs.

“One of the biggest shifts we’ll see will be one towards hiring generalists, not specialists,” Bock told CIO.com. “Leaders should focus on hiring nimble, collaborative learners, not siloed specialists. Why? Because your company isn’t static. So why hire employees who only fit what your company is today, not where it might be in five years? When you focus on hiring for the long term, you seek out general athletes rather than candidates with highly specialized skills.”

“Invest in a candidate who’s eager to learn, consume new experiences, and buys into your company’s mission for the long haul,” he says. “Specialists will crank out the work at hand, and do it quite well. But, they won’t bring the same value as an employee that’s dynamic and can be successful across different parts of your company.”

‘The Simplicity Cycle: A Field Guide to Making Things Better Without Making Them Worse‘

Written with any business leader in mind — even if that person happens to run the Pentagon — this well-written book explains what happens when companies get too caught up in the process and do not have an end-goal in mind. It’s not just for military leaders. The book doesn’t throw out complexity as some books do, especially those that espouse a simple design aesthetic. Instead, it provides advice for how to lead in the midst of complexity before it all gets out of hand.

“Managing complexity is difficult for a lot of reasons, but largely because talking about complexity is difficult,” Ward told CIO.com. “We often don’t have a clear way to communicate exactly what we mean by words like ‘simple’ or ‘complex.’ So I wrote The Simplicity Cycle to give leaders and teams an intuitive, visual vocabulary that makes these talks more productive and effective.”

“The key to managing complexity is to understand why it’s important and to identify how and when it becomes destructive,” he says. “That’s actually easier than it sounds, once we know what to look for. The Simplicity Cycle shines a light on a collection of complexity-related pitfalls we often fall into. It makes the difficult task of managing complexity much easier.”