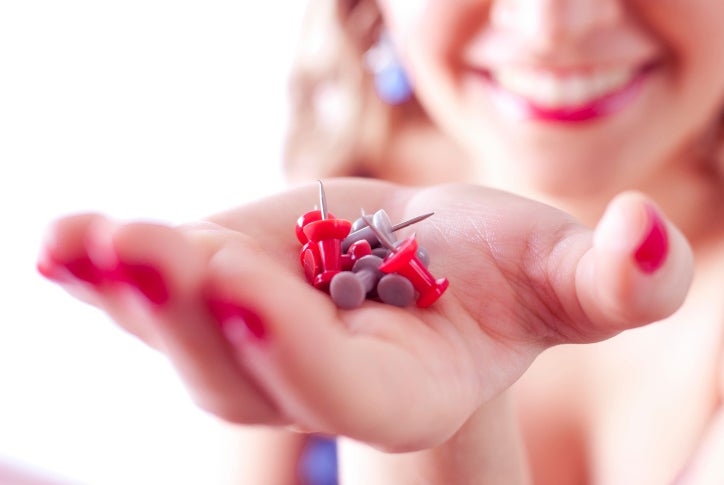 If your company has a story to tell — one that can be told visually — there’s a Pinterest audience on the site for you.

Pinterest has a reputation that can make it a tough sell to tech clients. “This is a site that tends to be driven by women for personal aspirations,” says Dawn Edmiston, clinical associate professor of marketing at the Raymond A. Mason School of Business at the College of William & Mary.

This is not about you This is not a catalog. You have to think beyond yourself. Pinterest is a place where you can develop a community and inspire people to be part of a community

Andrew Meyer, account manager at Seer Interactive, agrees. “People think it’s all women pinning about weddings and desserts and foods,” he says. “You have to sell them on the idea that there’s other people who use it.”

But tech companies should look at Pinterest as a way to tell a visual story, Edmiston says. She says General Electric does exceptionally well on Pinterest.

“GE has a board called ‘Badass Machines.’ That’s not your parents’ GE,” Edmiston says. GE has Pinterest boards on “GE Around the World” and “From the Factory Floor.” The company also has “The Archives” that includes archival photographs and advertisements, and “Fabulous Kitchens” showing images of kitchen designs that include GE’s products.

Edmiston cites Hootsuite as another example. The social media management system has boards dedicated to helping people use it better, including Case Studies, Infographics and Best Practices & Trends. There is also a board dedicated to the company’s brand ambassadors, so Pinterest users can see what their social media influences are up to.

“This is not about you,” Edmiston says. “This is not a catalog. You have to think beyond yourself. Pinterest is a place where you can develop a community and inspire people to be part of a community,” she says.

[ Related: How IT pros can use Pinterest for career growth ]

It’s not the same as Facebook and Twitter, he adds. Pictures from your company retreat are out.

Depending on your company, Pinterest could lead to better bang for your social media advertising, Meyer says.

Meyer also points out that Pinterest is a good place to interact with customers — and see what people are talking about with competitors.

Pinterest isn’t the only visually generated social media site. Instagram is the giant, although its format is much different and focuses on original pictures versus photos from other sources. Edmiston also points to LockerDome [http://lockerdome.com/], which she describes as male-focused. “Unfortunately for Pinterest, the nature of the brand brings to mind scrapbooking. That has not culturally been a preference for men.”

However, Pinterest is still a giant in its own right. According to the latest Shareaholic Social Media Traffic Report, Pinterest is the second-largest driver of social refers, behind only Facebook.

If Pinterest were to add a “buy” button, as is heavily rumored to be happening in the near future, ecommerce brands would want to make sure they had a presence there. It could also lead to more partnerships between brands and ecommerce sites.

Edmiston uses the example of Sony. “If Sony launches a new TV, and it becomes only available at one retailer for a period of a month, that might be something that then becomes useful since the [buy button] would lead to one of their partners,” she says.