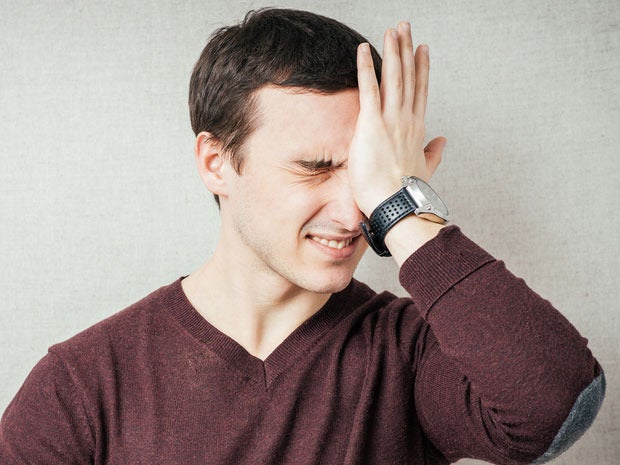 It bears repeating: First impressions are critical to getting your resume past an initial screening, whether it’s by an applicant tracking system (ATS), a human recruiter or hiring manager. Taking full advantage of those precious few first seconds is key to getting your resume seen. Make sure it gets noticed for the right reasons by ensuring that you don’t make these six common mistakes.

A good rule of thumb is to include seven to 10 years of experience on each page of your resume, says Frank Dadah, managing director, Accounting, Finance & Administrative Contract Staffing at WinterWyman. “If you have 15 to 20 years experience, then it’s perfectly fine to have a two-page resume. If you have more than 20 years experience, the chances are good that anything you’ve done that far in the past isn’t relevant and should be excluded,” Dadah says.

And try to keep your achievements and accomplishments contained to between three and five bullet points for each role.

One of the biggest challenges candidates face is formatting. The trick, according to Dadah, is to keep it simple, clean, concise and avoid being cute or trying to innovate.

“Try to stick as close to standard as possible and use a template with a minimum of white space. That also will help address the length. Put your name, contact information and link to your LinkedIn profile at the top. Then, focus on the content. If it’s important, add your education and technical experience at the top; if you’re not that proud of your alma mater or your GPA, put it at the bottom,” Dadah says.

Remember to be consistent, too. Use the same format for all dates, titles and bullet points, and double-check seemingly simple things like how you’ve structured each bullet point, he says. “Make sure your verb tenses are all the same, and that you’re either using periods at the end of each bullet point or that you’re not. It’s small details like this that matter,” says Dadah.

Don’t rely only on your word processing program’s spell-checker. If you’re not sure whether to use ‘their,’ ‘there,’ or ‘they’re,’ you need to get some outside help. Don’t hesitate to ask a friend, family member or a trusted colleague for help — but make sure they’re more proficient at grammar and spelling than you are. You also can enlist the help of a professional resume writer or career coach.

“You also can try reading your resume backwards, starting at the bottom and focusing on each word individually. That way, you’ll spend more time on each word, reading what you actually wrote instead of what your brain thinks you wrote,” Dadah says.

Many candidates don’t believe it makes much difference if, for instance, their resume claims they started their previous role in July but their LinkedIn profile states it was August. But it’s these types of inconsistencies that raise major red flags for hiring managers and recruiters, according to Dadah, even if they’re done unintentionally.

“Check your dates. You want to make sure that everything is exactly the same, everywhere — on LinkedIn, on your resume, on your employment records — because we can and will check. Another area is your job title. Don’t try and fool us with an inflated or different job title than you actually had. Again, this is easily verified,” he says.

You can and should include your email address, LinkedIn profile and contact information on your resume but equally important is what to leave out.

“Do not, under any circumstances, include pictures of yourself with the resume, or your social security number, or even your date of birth. Besides the fact that it could be exploited by criminals to steal your identity, you don’t want to give anyone a reason to discriminate against you based on subconscious biases,” says Dadah.

Keep the focus on your skills, experience and knowledge, instead of on your age or appearance. Of course, if you feel your inclusion in an underrepresented group could give you an edge in the job hunt, you can include that information somewhere on your resume; but don’t make it the only reason a hiring manager looks twice.

However you try and spin it, there’s no reason or excuse for being untruthful on your resume. While stretching the truth might get you past an initial screening, it’ll get you instantly rejected once your lie is discovered — and it will be discovered.

“You might be able to get away with this on first blush, but remember, we’re going to check and verify this information. While we see many more embellishments and stretched truths than outright, blatant lies, the reality is that, as a hiring manager, there’s no gray area — it’s either you told the truth, or you lied. It’s very black and white,” says Dadah.

A resume is a hiring manager’s first glimpse at you, and it’s only to your benefit to make as strong a first impression as possible. “Put as much effort and care into your resume as you would to the job you’re applying to. If you’re not willing to take the time and make the effort to get your resume just perfect, that sends a clear message to a hiring manager or recruiter that you’re not willing to give your all to the job,” says Dadah.