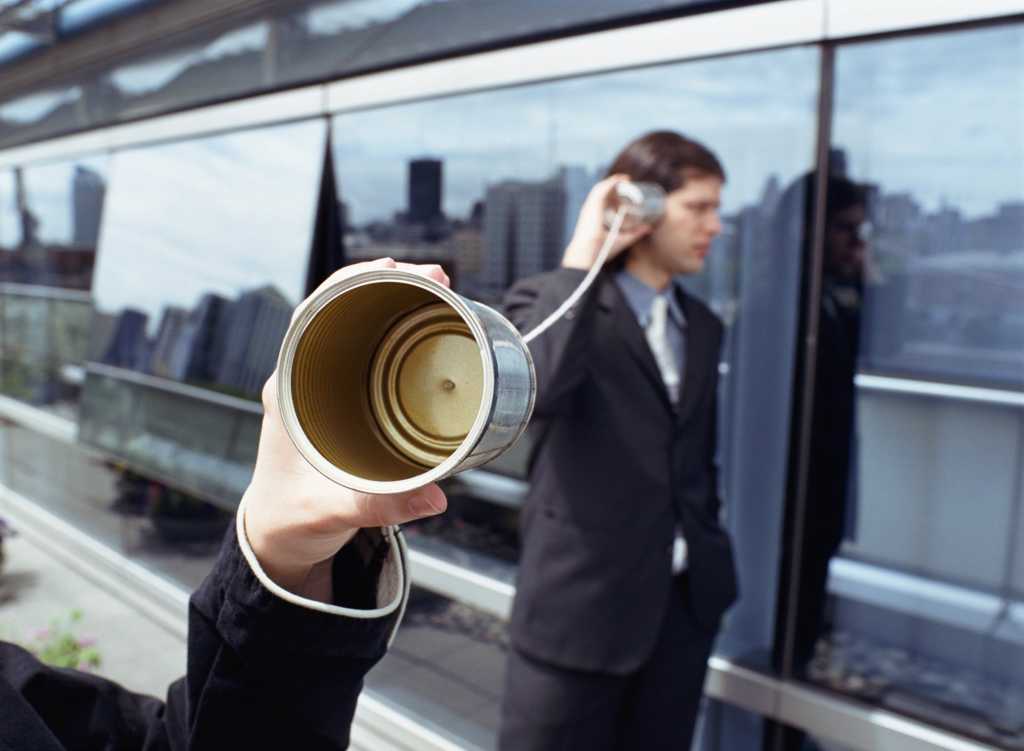 Communication between IT and non-IT employees is in a state of crisis — across job titles, across verticals, across regions. Four out of five IT leaders claim that building trust and credibility is highly important. However, only four out of one hundred believe that they are highly effective in communicating with their non-IT colleagues.

Half of IT leaders believe that this disparity is due, in part, to a lack of communication talent on the IT team. And this deficiency could not reveal itself at a more inopportune time: an era of unparalleled digital disruption, hallmarked by globalization and extreme market volatility. By 2020, 75 percent of the Fortune 500 will be comprised of names we have not heard of yet, according to Patrick Forth, Senior Partner and Managing Director at The Boston Consulting Group (BCG) [1]. The companies that thrive will be the following:

Effective communication will continue to be the common thread, the business-enabling quality that helps guarantee all of the others.

The stakes could not be higher in a digitally disrupted world. The research in this second-annual report is based on the 2015 Power of Effective IT Communication Survey conducted by the CIO Executive Council.   Drawing upon responses from 205 global IT leaders, the report provides an in-depth, data-driven look at the state of IT communication today — with an emphasis on specific goals, actions, and results across industries.  By benchmarking themselves, IT leaders will be empowered as they take action.

If an IT project stalls, and no one’s listening, does it make a sound?

There is no ideal end state when it comes to IT communication. There is no perfection in the art. Like successful financial investing, there are only iterative returns with the potential for appreciation over time.

What is abundantly clear, however, is that the absence of effective communication between IT and non-IT employees leads to abject business outcomes, a lack of trust, and a corroded vision. A CEC survey revealed, for example, that 45 percent of IT leaders are at least somewhat dissatisfied with their C-suite’s leadership performance when it comes to digital business strategy and digitally enabled innovation and transformation.[2] The disparity between IT leaders’ aspirations to be more strategic and their actual performance is rooted in communication. And this lack of communication skills represents a vicious cycle, impacting acquisition and retention of top IT talent in an era in which many prospective employees act as free agents.

Just 3 percent of IT leaders in this latest survey view themselves as business game changers — drivers of the enterprise’s competitive future (see Figure 1). This compares with an 8 percent total in the CEC’s 2014 study. Eleven percent consider themselves to be business peers, or IT leaders who help develop business strategy, which also marks a decline from last year’s results. The majority of the executives polled (63 percent) fall in the competent middle tier of IT partners and service providers, who are generally trusted as collaborators or delivery agents.

Finally, one out of four (23 percent) of IT leaders self-identify as being part of cost centers, leaving them and their colleagues at risk of exclusion from business decisions involving IT.

The aspirations of IT leaders are high. Most want to overcome the gaps. Foremost on their minds is building trust and credibility; four out of five (80 percent) IT leaders register this as having the highest possible importance (see Figure 2). Two-thirds (67 percent) of those surveyed place the same critical value on making sure that IT understands business needs. Roughly the same percentage (66 percent) view IT-business partnering and collaboration as a topline goal.

Additionally, this time investment has historically trended upward. Forty-five percent of IT leaders report spending more time today on communication activities than they have in the past twelve to eighteen months — down ten points from 2014, but still representing roughly half of IT leaders (see Figure 4). Two out of five (41 percent) also say that they are keeping an even keel, with no significant changes in the amount of time they invest.

Despite these good intentions, however, IT leaders have a poor self-assessment when it comes to rating their IT organization’s current effectiveness in achieving the goals identified in Figure 2. No more than 15 percent of IT leaders consider their IT organizations highly effective for any given goal (see Figure 5). Still, a majority of IT leaders claimed some measure of effectiveness in key disciplines such as building trust and credibility (71 percent state they are either ‘highly effective’ or ‘effective’); increasing IT-business partnering and collaboration (64 percent); and attracting internal and external talent to the IT organization (62 percent).

The most challenging goal for IT leaders was building IT’s brand as an innovator for the business. Three out of five IT leaders (59 percent) consider themselves partially or entirely ineffective, up from 48 percent in 2014. The overall picture is one of modest successes, but no big wins. Only 60 percent of IT leaders counted themselves effective, on average, in achieving any of the goals.

Despite what may seem to be limited success in specific communication goals, what truly matters is how IT leaders perceive their relationship with non-IT employees. This general perception is larger than the sum of all ancillary communication goals. It is a reflection of how IT is valued — or not valued — in spite of increased time investment in communication and modest successes by IT leaders.

This overall picture is a bit starker than previous data might suggest. While we already know that four out of five IT leaders cite building trust and credibility as a top-priority goal, as noted earlier only 4 percent are actually highly satisfied with the effectiveness of IT’s internal communication with the business (see Figure 6). A full 44 percent expressed some measure of dissatisfaction.

When asked to gauge their own effectiveness at communicating outside of the business — by writing an article in a periodical to build awareness and attract talent, for example, or by hitting the IT event speaking circuit — the proportion of satisfied IT leaders drops sharply to two out of five (see Figure 7).

When IT leaders were asked about the barriers that stood in the way of effective communication, their answers could be broadly organized into four categories: 1) a lack of resources; 2) a lack of knowledge; 3) a lack of talent; and 4) a lack of historical credibility.

And in spite of an upward trend in terms of time investment, half of IT leaders (48 percent) still think they aren’t spending enough time on communication. Significantly, two out of five (41 percent) believe that their business leadership doesn’t view IT communication in general as especially important — an absolutely critical factor to consider when thinking about how IT leaders view their non-IT peers and the potential for collaboration (see Figure 8).

Before looking for solutions to overcome or eliminate the barriers noted above, IT leaders must first realize there are no quick fixes. They must be ready to roll up their sleeves and embrace ambiguity. Most importantly, they must keep in mind a highly pragmatic approach that anticipates business change.

That said, there are common techniques that have proven successful over time. Ninety percent of IT leaders report success with addressing heads of business functions (see Figure 9). Success rates drop precipitously from there, with 65 percent of IT leaders finding some measure of success in addressing the board of directors on a regular basis — and 55 percent in appointing IT liaisons to business units.

For the second year in a row, using public social media trails the pack of reported communication techniques, with only 18 percent of IT leaders finding any measure of success.

Many of the communication techniques simply have not yet entered wide circulation. For example, 70 percent of IT leaders have not hired a communication director dedicated to IT. And 61 percent have not trained a corporate communications person to better understand IT’s needs, representing the same percentage as in 2014. As the case studies reveal, however, there is much potential value in testing the untried and exploring this strategic path.

Conclusion: The crisis in IT is surmountable, with the right mindset

The crisis in IT communication is a reflection of how quickly things have changed in IT departments worldwide. A mere thirty years ago, the term ‘CIO’ was not in general circulation, and IT departments were relegated to handling back-office implementations.[3] In the relatively brief span of three decades, CIOs and other IT leaders have been tasked with co-developing front-office, customer-facing innovations that drive the bottom line — all while marketing IT’s brand internally. Marketers within the enterprise have not had to learn code, but coding IT leaders have had to learn marketing, and fast.

The tragedy of the crisis in IT communication is that IT leaders realize acutely that it exists — but, by their own admission, they have been generally ineffective at driving new conversations with their non-IT peers. It is sadly ironic that the IT professionals tasked with implementing far-reaching, innovative technologies have, to a large degree, proven themselves to be so reactive within the currents of business change.

As we have seen, over half of IT leaders deem themselves as being part of cost center or a service provider — and only 4 percent are highly satisfied with the effectiveness of their internal communication. The risks of these sorts of order-taker relationships are numerous and undeniable: They include a loss of credibility, respect, and successful engagement with colleagues, as well as personal career derailment.

Fortunately, this year’s “Power of Effective IT Communication” Survey demonstrates clearly that IT leaders have a laser focus on being clear and effective partners to their non-IT peers. Further, they are investing more time than ever into finding real solutions.

Ultimately, IT leaders must become steely-eyed, marrying these good intentions with effective action. Specifically, their success hinges upon a single word: relevance. Relevant IT leaders are less likely to be brushed aside, overlooked, or — to be blunt — shown the door. They protect their teams and, by extension, themselves by being business-driven technology experts.

Relevance means action, and action means mental toughness. IT leaders need to be ready to make communication a discipline, not just a buzzword. To do that, they need to focus on these key areas every single day:

In the book Leading Digital, authors George Westerman, Didier Bonnet, and Andrew McAfee use the term ‘Digital Masters’ to describe “firms that excel at both digital and leadership capabilities.”[5] Digital Masters, the authors contend, “understand that digital transformation requires the concerted effort of the entire organization to get there.”[6]

This vital juncture between digital and leadership abilities is where IT leaders must focus their efforts— and in this disruptive landscape, there is no time to lose. Effective communication narrows the gap between ideation and execution. It cements strategy and saves jobs. And, in the final analysis, it helps empower IT and non-IT leaders alike to embrace the future, in a world where tomorrow’s winners are just a breakthrough away.