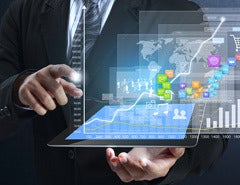 As I mentioned in my blog post earliest this week, here’s the link to the study about Microsoft’s ramping up of software audits. Read on to find out what else is up in the world of Microsoft, with the latest and greatest news from around the Web.

In its survey of 1,828 software and enterprise executives, Flexera, in conjunction with research and consulting firm IDC, found that 58 percent of respondents reported getting audits from Microsoft within the last year.

The latest flaw to strike every version of Microsoft’s Web browser has been seen to be in active use by attackers.

XP users set to miss out on IE patch

As Microsoft grapples with the latest Internet Explorer security issue, users of its now unsupported, but still popular, Windows XP will be bypassed by the fix.

By AAP and Chris Duckett

Other products losing extended support on this day are Outlook 2003, Exchange 2010 Service Pack 2, SharePoint 2003, Project Server 2003 and Office 2003. They all lose extended product support on April 8, according to Microsoft’s product lifecycle descriptions.

The Windows 8.1 Update: Everything you need to know

The Windows 8.1 Update launches Tuesday, April 8. Here’s a quick rundown of the things you need to know about Microsoft’s latest OS and how to get it.

Microsoft is rumored to be planning the release of a second update to Windows 8.1 and Windows Server 2012 R2 for some time later this year.

Microsoft Desktop Optimization Pack (MDOP) 2014, a suite of six tools for IT pros, was released for download today.

Microsoft has made the latest updates for Windows 8.1 and Windows Server 2012 R2 available to volume licensees.

Microsoft is signing up testers for a soon-to-be-released preview of “Office Mix,” a new, interactive presentation application.

After 31 years hidden in the wake of one of the worst video game failures in history, thousands of E.T. and other Atari games were uncovered Saturday. The find ended the mystique of a great industry legend.