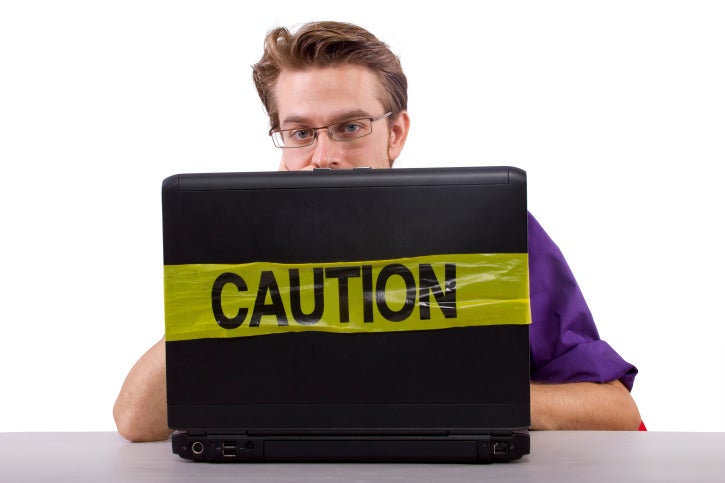 SAN FRANCISCO — The road to Contently Summit is lined with the homeless who live in the shadow of City Hall’s towering dome. Along Market Street, the sour stench of urine and feces and unwashed bodies closes in. I turn west on Mission Street making sure to avoid eye contact with the forsaken outliers cursing at the world. Two giant, yellow construction cranes stain the skyline, and I feel a sense of dread at tech gentrification’s Second Coming. Skirting iron-barred liquor stores and smoke shops, I finally arrive at Contently Summit, which I recognize by the “private party” sign out front. It is like an island resort serving free drinks and selling timeshares in the midst of a polluted, roiling sea of poverty.

I’m here to learn about the art of storytelling, the latest craze in content marketing.

All those I passed along the way surely have stories to tell, but those aren’t the stories Contently Summit attendees are interested in. With content-creation services, workflow-and-distribution software and a new research arm, Contently helps marketers get their stories out over social media and other digital channels. One of the oldest art forms, stories tap into base emotions, weave threads of commonality and are simply the best way to engage people, studies show. Former journalists, who once gave voice to the downtrodden and spoke truth to power, have latched on to this trend with good paying jobs as content marketers.

“It’s interesting stories that inform readers and that readers will want to share over their social networks,” says Tomas Kellner, managing editor at GE Reports and former staff writer at Forbes Magazine, who still insists on being called a “journalist” even though his stories go through a corporate approval process. In other words, the business side has final say.

The goal, of course, is to tell as dramatic a story as legal, compliance and other corporate heads will allow, grab a target customer’s attention, nurture a relationship and, later, hit them with a sales pitch. It’s all about brand lift, page views and high-value audiences, Contently Summit speakers say.

Practically every story produced by content marketers faces a grinding approval process. So much so that speaker Kim Hillyer, director of communications and public affairs at TD Ameritrade, began her talk with a PowerPoint slide showing a decision tree for taking a story idea to the publishing promise land. Another speaker, Ann Hynek, vice president at investment firm BlackRock, conservatively estimates some four people must sign off on content before it’s published.

All the good news that’s fit to print

Navigating this quagmire — a recurring theme at Contently Summit — is a challenging problem. Good storytellers often write about messy conflicts in order to make stories memorable. This tradition has roots in Greek tragedy, Shakespeare’s plays of inner turmoil and joyless literary classics. In Anna Karenina, Leo Tolstoy wrote: “All happy families are alike; each unhappy family is unhappy in its own way.”

But downer stories go against a company’s penchant for uplifting marketing messages. No brand wants to be associated with negative stories; they stir up unhappy feelings. Even Arianna Huffington ordered Huffington Post editors and writers to deliver positive stories this year, known as the “good news” experiment. For the most part, negative stories are out, while stories with a feel-good vibe are in.

After all, everyone likes a good laugh. Stories with a comedic bent seem to stand a better chance at getting through the approval gauntlet. BlackRock’s Hynek played a funny informational video for evaluating investment risk that compares two fictional entrepreneurs: one a business baron, the other a business buffoon. It received rave reviews from the crowd.

Most marketers don’t fancy themselves as storytellers, so they hire the best non-marketing storytellers out there. I’m talking about journalists, many of whom are out of work or underpaid. They’re perfectly suited to the task, because they know the elements that make up a good story, such as ledes dripping with mystery and characters with dueling agendas. They know how to structure stories, build bridges, unearth the “nut” and make information easily digestible — all without marketing buzzwords and jargon.

Journalists also have a feel for timeliness, a finger on the pulse of reader interests. Case-in-point: Deirdre Hussey, director of digital marketing and communications at Gap Inc. and former editor-in-chief of the San Francisco Examiner, made a risky bet by green-lighting a short blog post about Vanity Fair’s July magazine cover of Caitlyn Jenner, formerly Bruce Jenner. “The cover photo marks an important moment in LGBTQ history, with the trans-rights movement gaining steam in recent months and years,” the blog post says.

Few brands wanted to step into that conversation, notes Advertising Age. But San Francisco-based Gap Inc. was willing to voice its support of the LGBTQ community. Hussey says she picks stories that reflect Gap Inc.’s values. It’s about reputation branding, not immediate sales. The thinking goes that customers will become loyal advocates of brands that share their values.

“A site like this isn’t going to get someone to go out and buy a sweater,” Hussey says.

The problem is that these so-called “corporate journalists” often do their jobs too well. While stories sound familiar, there’s something wrong. Many of these stories appear on news websites, social media feeds and blogs that don’t make it clear this is marketing content. Gap Inc.’s blog, for instance, is called “Do More” and doesn’t show Gap Inc.’s six brand logos until the bottom of the home page in small, faded type.

Is that journalism or just a brilliant disguise?

Let’s face it, companies acting as publishers are trying to fool readers with ambiguous blogs and native advertising masquerading as journalism. While I’m glad journalism skills are valued at marketing departments, and colleagues who had been laid off are finding gainful employment, it’s more than a little sad to see once-crusading truth seekers participating in this facade.

Then Allie Townsend, managing editor of Facebook’s communications department and former social media editor at Time Magazine, shows a video of a man with a camera talking to people on the street. For a moment, I feel the warmth of truth about to wash over me. But this man is telling emotionally uplifting stories; “It’s not about negative stories from a content marketing perspective,” Townsend reminds me.

And I realize these aren’t the stories on Mission Street.