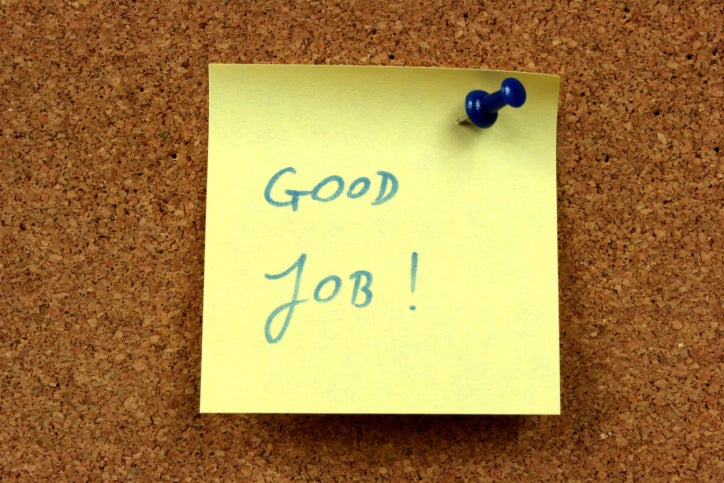 It can be difficult enough to manage and motivate your teams when things are going well, but keeping morale high and people productive is even tougher if you’ve suffered a setback – a failed project, layoffs, losing a major client – or if personal issue are affecting a member of your team.

Employee morale is critical to a business’ success or failure, says Piera Palazzolo, senior vice president at Dale Carnegie Training. Managers need to have their finger on the pulse of the workplace and be able to respond accordingly if they notice employees aren’t living up to their full potential, she says.

“Morale’s important because it directly affects creativity and also productivity,” Palazzolo says. “If your employees are in a slump, they’re just going through the motions, robotically, and they’re not engaged or motivated. You’re not making the best use of your available talent,” she says.

After a setback to your team, you should rely first on empathy to acknowledge the impact such events have on their colleagues and direct reports, Palazzolo says, before taking steps to move forward. And don’t neglect issues that could be cropping up outside of work.Employees will always carry that with them, so it’s important to be aware of how workers are affected, she says.

[Related: Is the Work-Life Balance a Myth?]

“The relationship with their manager is one of the major reasons workers tell us they feel engaged and motivated at work,” Palazzolo says. “So, as a manager, you shouldn’t be blind to what’s going on in employees’ lives, both at work and in their personal life. Personal situations can affect morale just as much as work-related events. If you notice a slump, or a time of lower productivity from an employee, you don’t have to be nosy or intrusive, but show you care – a simple, ‘You’re not your usual self. Is there anything going on with you at home that’s worrying you? I want to help if I can,’ can go a long way,” Palazzolo says.

Being able to “read” your employees and respond appropriately based on their unique strengths and weaknesses is one of the secrets to good management, says Palazzolo, and can help workers feel more engaged with and empowered by their companies.

“Just by virtue of different personalities, some workers are going to be more resilient and ‘bounce back’ more easily than others,” Palazzolo says. “You have to be able to accurately ‘read’ your people to know what they need – a lunch out? A team-building event? A new project to distract them? Sometimes, the best morale booster is to be busy again; you have to acknowledge issues, but don’t dwell on them,” she says.

To that end, Palazzolo says, after acknowledging that a failure or a setback occurred, the focus should then shift to bouncing back and recognizing that there’s always a positive to be found, she says.

Step 2: Focus on the Positive

“Emphasize that there’s always something positive to learn from every situation,” she says. “Try to get your team focused on what worked: did you learn that you need to work more effectively as a team? Did you find that your process, scheduling, resource allocation was very effective?”

If you’ve identified these areas, make sure you’re praising your teams for what they did right, not just on where failures occurred, Palazzolo says. But beware of hollow praise, as that can be detrimental in its own way, says Connie Kadansky, a thought leader, speaker and sales coach.

“Yes, you have to recognize that there was a problem,” says Kadansky, “And also acknowledge strengths and successes. But go beyond, ‘Great job,’ which just builds ego, and emphasize specific, substantive achievements to help your feedback make a greater impact. ‘Your ability to set goals, follow through and persevere in the face of obstacles sets a great example for the rest of the team and for the company’ is a much more effective way to motivate,” she says.

[Related: Hire for Cultural Fit, Train for the Right IT Skills ]

Making sure to acknowledge your employees’ and teams’ efforts rather than their achievements can go a long way toward boosting morale and overall engagement, and can give a much-needed boost to motivation and drive, she says. If possible, Kadansky adds, delivering recognition and praise of this kind in a public forum – at a meeting, or a company-wide email – can also be effective at motivating workers.

“Sometimes, we learn more effectively from our mistakes than from successes,” says Dale Carnegie’s Palazzolo. “It’s important to remember that, and to identify where a perceived failure can actually open up new opportunities,” she says.