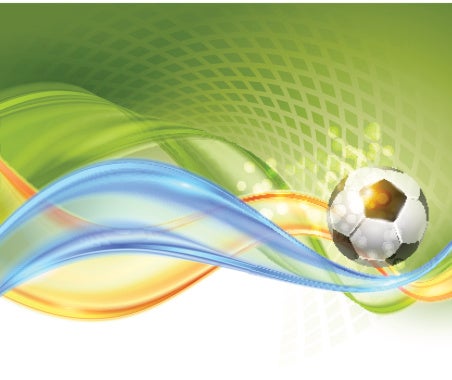 In recent years, the term “game changing” has been thrown about extensively to the point where the term has become quite mundane and it’s lost much of its initial impact.

The litmus test for this over-used adjective, of course, is whether or not the technology in question does indeed change the actual “game” in a significant (or even disruptive) manner — whether that’s a commonplace business model or process, or even a more literal sporting event.

Having watched the World Cup enthusiastically in recent weeks (my three teams — England, Colombia and the USA all had varying fortunes), I’ve noticed how technology, or the lack of it, can still change the game for better or worse.

Not only does technology stream sporting events to our Internet-connected devices (most of the time), provide sports analysis for coaches and trainers, track the stats and activities, such as total distance travelled, of our favorite players during the game, but it also has a direct impact on the final outcome of many of these events.

Think of the goal-line technology introduced for the first time in 2014 to the FIFA World Cup. This technology utilizes “14 high-speed cameras located around the pitch, with seven cameras focusing on each goalmouth. The ball’s position is continuously and automatically captured in 3D and the indication of whether a goal has been scored is immediately confirmed within one second to a watch worn by each of the match officials”, according to FIFA.

If this type of technology was utilized (it was available, but not utilized) four years prior, perhaps it would have changed the outcome of the England vs. Germany game in the round of 16 stage of the tournament (one of the England shots hit the crossbar, crossed the goal line, and then bounced back out).

Technology can certainly aid critical decisions which can be subject to human error and the recent goal-line technology of the World Cup and the Hawk-Eye instant-replay technology introduced at major tennis tournaments all the way back in 2006 are just two examples.

The question then becomes how far do you take this use of technology in terms of aiding critical refereeing or umpiring decisions by way of electronic review? One of the issues is that once you solve the problem for the most critical decision-making aspects of the sport, such as the goal line in football, you then see the error-prone nature of the next critical decision (as yet un-aided) even more. In the 2014 World Cup, for example, could technology-enabled offside decisions have changed the outcome of the Brazil vs. Colombia game where Colombia’s goal was deemed offside?

How far should this technology be used in football for example?

Overall, you want the technology to help improve the game by making it fairer and less prone to human error without disrupting the continuity, fluidity and experience of the game itself. The goal-line technology in football and the Hawk-Eye system in tennis have been successful because they’re very fast and highly accurate and therefore minimally disruptive to the overall experience of watching or playing the game. For these reasons they’ve been quickly embraced by all parties — referees, players and spectators alike.

The lesson for would-be “game changers” in business is that you should target the most critical areas where you can truly change the game (i.e. the outcome) in terms of the business model or process, creating a more compelling value proposition for your audience. Speed and accuracy are some of the key ingredients for overall acceptance as well.

Another thing you can do in the business world, unlike in the sporting world, is totally change the end-user experience itself. In sport, your game changing technology should improve the outcome of the same game to help make better decisions, but in business your game changing technology can change the game completely to the point where you’re playing a different sport altogether.