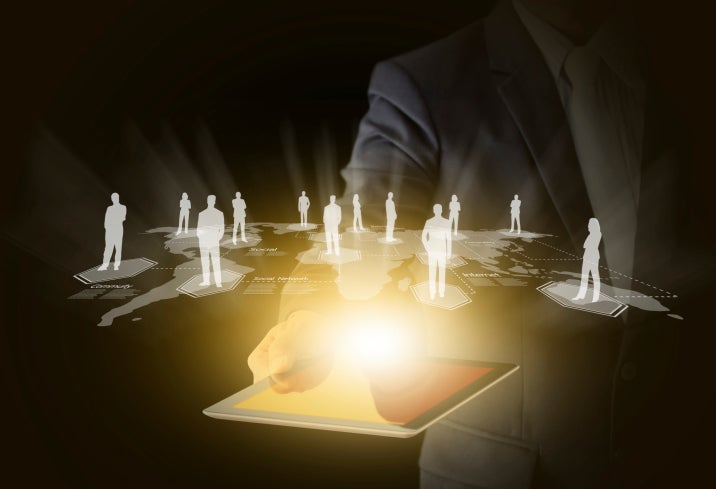 Foursquare CEO and co-founder Dennis Crowley has long lamented the need to make users do much more than what’s necessary. Foursquare has always asked a lot of its users, though, even if that’s because the scope and ambition for a personally curated social discovery app requires it.

Now, five years after Foursquare first launched with a combined structure for gamification and information about places, Crowley is finally getting his chance to reinvent the platform in a vein much closer to what he always envisioned.

Crowley has been working on bridging the divide between our mobile devices and the places or events we gather with friends in the real world since 2000 when he first conceived the idea for and later co-founded Dodgeball, an early location-based service built around SMS technology that was acquired by Google in 2005.

Foursquare’s overhaul began with the introduction of Swarm, the company’s new answer for check-ins, finding friends and making plans. Swarm removes these features from Foursquare’s namesake and relegates them to a separate and less broad application. The change is profound and jarring for many longtime Foursquare users, as evidenced by the app’s current two-star rating in Apple’s App Store.

[Related: With Swarm App, Foursquare About Much More Than Checking In]

With Foursquare 8.0 (released earlier this month), the new vision for Foursquare is coming into focus. But having spent a couple months with Swarm and the updated version of Foursquare over the past weeks, the results are even more perplexing.

Foursquare has always been a fun game for me of sorts, but its real-world implications provide the greatest value. As I collected badges, battled for mayorships and curated lists of my favorite places and the places I’d like to go, there’s no denying that at least some of my patterns were guided by Foursquare.I’ve never been the type of user that checks in everywhere, but there was a time when I incessantly checked in at my dry cleaners because I was determined to maintain my mayorship there. At one point, I actually got a little upset when another user claimed to have stolen from me the mayorship of a great spot for sandwiches during closed hours.

Senseless distractions like those aside, I’ve continued to find value in Foursquare’s capability to help me explore and discover new places. The new app marks an evolutionary step in that direction, but too many instances where I used to have more control over how I made the app work for me in the past have been replaced by automation.

I miss that lack of control more than I thought I would.

For starters, where did my lists go? Lists are one of Foursquare’s simplest, but most effective features, but they are now buried almost to the point of  meaninglessness. After searching for lists on the new app to no avail, I discovered many other users were venting their frustrations about the near absence of lists as well. I say near because lists are still around, but they’re just buried under saved places on the profile tab.

The poor menu placement is bad enough, but now I can’t even figure out how to create new lists or add places to my existing ones. On a recent road trip to California’s Mendocino coast, I resorted to using Foursquare on my laptop to get a better view and understanding of my lists. I found it too cumbersome to maneuver through my lists and the lists of others on the app.

This may be nitpicking, but lists are a great way to plan trips and more specifically map out plans as they’re unfolding. Changes of this kind may not be embraced by users like me, but I understand why Foursquare is splitting its business in two and what the company is trying to become.

The check-in feature has probably run its course or at least hit its peak at this point with more than 6 billion check-ins on the books. The problem for Foursquare and fans of check-ins is that there’s really no money to be made there. By splintering that gamification feature off and packaging it into Swarm, Foursquare can now focus on the big prize: local search and discovery.

[Related: Is There Any Digital Marketing Value in New Breed of Social Apps?]

The company has always been competing against Yelp, Google and others in this field but has consistently been the third or alternative option among the masses. Despite its deep location database of more than 65 million venues, Foursquare has routinely been considered an app for check-ins first and foremost.

Browsing and discovering nearby places was an added bonus of sorts that now takes center stage in the new app. Indeed, even the tagline blaring across the top of Foursquare reads: “Find a place.”

Because the new Foursquare represents such a dramatic change, you are given a brief preview of the new features once you update to the latest version. “Foursquare is always on the lookout for the spots you’ll like,” the company writes in the walk-through.

To help Foursquare in that goal, the app encourages you to create or select among thousands of specific tastes including things like “pour over coffee,” “bourbon,” “craft beer” or “hole in the wall places.” Once those tastes are added to your profile, Foursquare will automatically surface nearby places that might pique your interest.

I haven’t noticed any major improvements as a result of this, but Foursquare says more than 15 million tastes were adding to profiles in less than 24 hours of the app’s release.

As tastes gain momentum, Foursquare is also elevating the importance of tips. Automated discovery and recommendations are being pulled from more than 55 million tips in Foursquare’s database. The company’s partnerships with more than 50 media companies has already provided more than 15,000 of those tips.

Making It Your Own

“There’s no reason why we should all get the same recommendations when looking for a place to eat, drink or shop,” the company writes in a blog post announcing the all-new Foursquare. “Getting a one-size-fits-all list of places may have been innovative in 2006, but it feels downright antiquated now. Our tastes are all different, so why should we all see the same results?”

A carousel menu running below the search box organizes places in a daily rundown of sorts, beginning with breakfast, followed by brunch, lunch, coffee, dinner, dessert, nightlife, shopping, fun and sights. You can still search for specific venues or specialties and refine the results based on distance, price and a range of features like outdoor seating, ambiance and other categories.

A banner reading “What’s good here” appears when you select the here tab, which searches for the venues closest to your current location. And finally, tips get their own tab as well with tips for nearby places organized by the people you follow and your growing accumulation of tastes.

The app, which pushes its most advertiser-friendly features to the forefront, marks a new beginning for the five-year-old startup as it tries once again to make a pitch for more ad revenue. But by reasoning with the needs of advertisers and at times removing or downplaying other core features, Foursquare is risking alienation among its most loyal users.

“I really loved Foursquare. Now it seems like they’re trying to get me to quit,” writes one reviewer in the App Store. The early reviews are mostly negative and they’re piling up, giving the app an average rating of two-and-a-half stars.

In many cases, the delineation between Foursquare and Swarm is too wide. Although the apps are certainly related and still play nice with one another by linking back and forth, the process feels broken. The experiences many like me enjoyed on Foursquare have been replaced with something less fun and, even more importantly, less addicting.

My check-ins have dropped off considerably since Swarm was released and somehow Foursquare just feels more like a digital guide that belongs in my travel folder of apps now. An automated tool for local search and discovery isn’t the kind of app I see myself using daily. But a custom, curated social discovery platform that reminded me of the places I enjoy and others I still want to visit is something I will miss sincerely.

Foursquare and Swarm still have two of the 20 coveted spots on my phone’s home screen, but I’m already thinking about others that might be a better fit for my starting lineup.