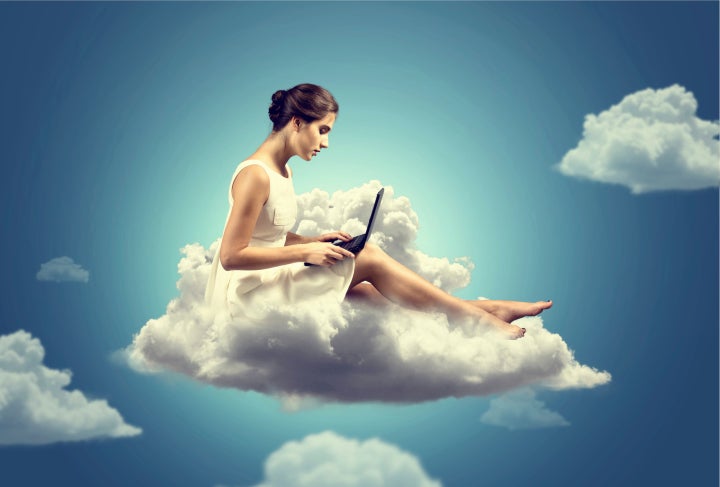 There’s a good chance someone you know is using Tinder as you read this. He or she is swiping left or right, looking for someone, somewhere for something. Each of those variables contributes to the service’s serendipity, which makes it fun with just enough different and unexpected turns.

Chance encounters are the type of magic that Tinder is bringing to millions who use the app every day. The company is riding high on exponential growth, but has kept a low profile this summer amid the fallout from a sexual harassment lawsuit filed by one its co-founders in June. Tinder was generating more than 10 million matches a day in February and passed 1 billion total matches in March. Just ask around, don’t be shy, and you’ll quickly realize there’s a lot more people on Tinder than you think. You might also be surprised to learn that there’s a lot more to Tinder than one-night stands.

“Everybody is on Tinder,” the 50-year-old Counting Crows frontman Adam Duritz told Huffington Post last week. “My married friends are on Tinder. Seriously, there is nobody who is not on Tinder at this point. It’s a video game. My married publicist who told me not to go on Tinder is on Tinder, and so is her husband.”

Celebrities, artists and athletes may fall outside the norm, but there is an entire community of Tinder users who are making the service their own for a variety of reasons and purposes.

Brian Penny, a writer who travels often for work, tells CIO.com he uses Tinder to get a feel for a new city. “I’ll swipe right on every profile and see who chooses me. I can then throw out a quick question about the area to each one,” he says, adding that he’s made a few friends on the service but nothing beyond that. “I’m not the type of guy to have a fling.”

Others who shared their experiences with Tinder emphasize the simple, yet seemingly boundless potential of the service. They describe the app in straightforward terms and remark on how little effort is required.

Lisa Amarao, a marketing and communications manager, tells CIO.com that she had reservations about joining Tinder, especially because it pulls data from Facebook, a service that she uses professionally. “It freaked me out that it showed my mutual connections with possible matches. I got over that, obviously,” she writes in response to questions.

“I like that I can limit my search by age and location. The rest didn’t require much thinking. Yes. No. Match? Cool,” Amarao says. “I met a variety of people, most of them seemed nice and I’ve made a few new friends, but no real romantic connection with any. One of them I’ve referred to another single friend of mine.”

[Related Slideshow: 15 Social Media Apps You May Not Know About]

Amarao says she was using the app every few days but is on a break from Tinder now, as she spends time getting to know someone she met in the real world. No thanks to Tinder there, but she adds: “If things don’t pan out, I will definitely turn discovery back on.”

Other users like Will Kruisbrink, an account director at a public relations firm, have been on Tinder since the service launched almost two years ago. “It’s the hot-or-not for the mobile generation … My goals have always been to pass the time while sitting on the L or in a boring meeting,” he tells CIO.com.

“My experience has changed in that where I used to swipe everyone right just to get matches, now I’m highly selective. Also, I infer much more from women’s pictures now. Selfie? No way baby, swipe left,” he adds.

Tinder has never been a serious way for Kruisbrink to meet people, but he says he did connect once with a girl who broke up with him before. For him, Tinder isn’t so much an app for dating as it is a “judgment app.” Kruisbrink was using the app every day at one point, but has scaled back to about once a week now.

“Women always see way, way more matches than guys. It all depends on how picky you are. There is a way to game the algorithm though. The app will front load women that have already swiped right on you. That means of the first dozen or so people presented, you’ll see a greater number of matches,” he explains.

“One of the most interesting things about Tinder is its approach in increasing success in a marketplace driven by serendipity and random chance,” UsersThink CEO John Turner tells CIO.com. “Instead of trying to increase likelihood of matching you with higher relevancy results, their bet is on increasing the rate at which serendipity can occur by accelerating the rate of random encounters.”

It’s only a matter of time, Turner says, before this more direct and high-speed approach will to manifest itself in various startups aiming to be the Tinder for X in consumer and professional markets.