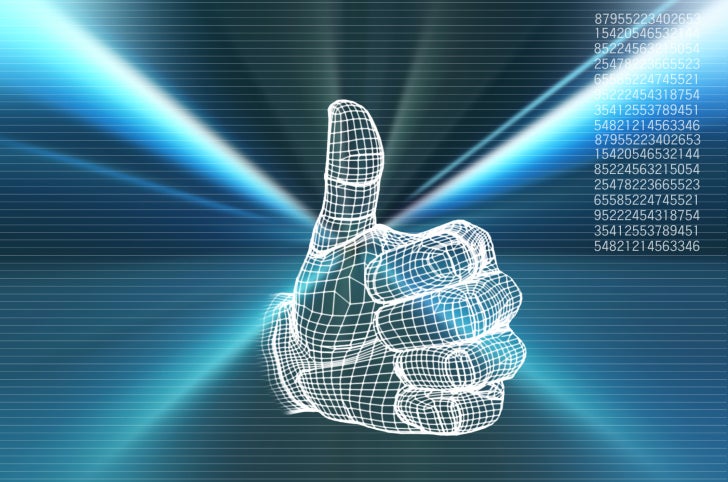 An overwhelming majority of executives from companies that have brought big data projects to production are pleased with the results, according to new research by Accenture Digital. However, they also cite security as the major challenge they face.

“One thing we’ve seen in the past year is that people are not really talking about what is big data anymore,” says Vince Dell’Anno, managing director and global information management lead, Accenture Analytics, part of Accenture Digital. “They’ve done their experimentation. They’ve got some understanding of it. What they’re talking about now is what happens when they need to scale to support, 1,000 or 2,000 or 5,000 users. That’s where challenges like security and integration come into play.”

Between February and early April 2014, Accenture screened more than 4,300 CIOs, COOs, CMOs, CFOs, chief data officers (CDOs), chief analytics officers (CAOs) and other senior technology, data and analytics leaders from companies in 19 countries and across seven industries. Of that number, 36 percent said their company had not completed and weren’t currently pursuing a big data installation and four percent said their organizations were in the process of implementing their first big data project. Of the remaining 2,600 respondents that had applied big data to their businesses, Accenture focused on a sample of 1,007 executives.

Accenture found that 92 percent of the executives were satisfied with the results from their big data projects, and 89 percent rated big data as “very important” or “extremely important” to their businesses’ digital transformation. Eighty-two percent also said big data provides a significant source of value to their companies.

“The survey results we got back up what we see on the ground,” Dell’Anno says. “Big data is being used across all the industries that we’re in.”

“Businesses are at a transition point where instead of just talking about the potential results that can be achieved from big data, they are realizing actual benefits including increasing revenues, a growing base of loyal customers and more efficient operations,” adds Narendra Mulani, senior managing director of Accenture Analytics. “They’re recognizing that big data is one of the cornerstones of digital transformation.”

Dell’Anno says that the financial services and communications industries have been among the most aggressive adopters of big data, but he also notes the insurance industry has seen big uptake in the past year and even utilities are beginning to take advantage of new capabilities provided by the Internet of Things.

“Today, even the most basic items like water pipes can generate and provide data,” adds Mulani. “While the Internet of Things is giving rise to massive sources and quantities of data, new big data technologies are emerging that help uncover crucial business insights from the data. Companies not implementing big data solutions are missing an opportunity to turn their data into an asset that drives business and a competitive advantage.”

Peering into the future, 63 percent of executives said they believe that in the next five years big data will have the biggest effect on their customer relationships. Fifty-eight percent mentioned product development and 56 percent said operations.

“We’ve seen organizations overcome big data implementation challenges by remaining flexible and recognizing that no single solution fits every situation,” Dell’Anno says. “If a particular approach doesn’t work, organizations try another one, learning as they grow. They also start small and stay realistic in their expectations. Rather than attempting to do everything at once, they focus resources around providing value in one are, and then let the results cascade from there.”

That said, Dell’Anno notes that smaller companies actually have a number of advantages when it comes to implementing big data intiatives.

“Bigger companies have larger budgets, but are stymied by organizational constraints — how they’re organized, processes they’ve developed over time,” he says. “Those things end up being gates rather than money or technology.”

Smaller organizations, on the other hand, tend to be more nimble and have the option of turning to services like Amazon Web Services to stand up data discovery and analytics in a rapid and cost effective way.

“It’s really an even playing field,” Dell’Anno says. “The competition is going to be for talent. It’s not just being able to hire people, but are you working on a problem that’s really going to be meaningful and engaging for them.”

To get the most out of your big data projects and to overcome the challenges that big data brings, Accenture offers these key recommendations: