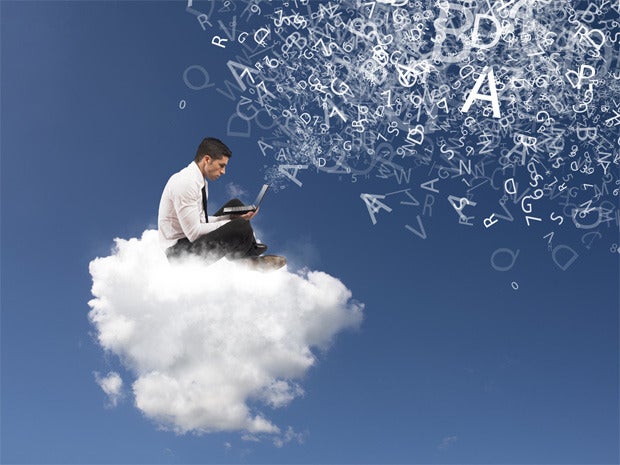 The recent market gyrations may have you wondering if you should switch to another provider. With that in mind, we conducted an informal poll and asked cloud storage users for their opinions on the benefits and drawbacks of their services of choice.

The majority of respondents told us about their likes and dislikes of Dropbox (which earned six favorable mentions); Box (the favorite of five respondents); Google Drive (favored by four); and OneDrive (the recipient of four votes). Some participants use more than one service. A few other respondents chose lesser-known services, which you can read about in the “Cloud Storage Alternatives” section of this story.

Pros: “We went with Dropbox because of its ease of signing up,” says Jerry Lee, founder of StoryLeather. “Plus, a lot of the freelance contractors we work with are already using Dropbox, so this created less friction to share files with them. More importantly, Dropbox was more ‘vendor-neutral,’ whereas in order to use Google Drive you have to have Gmail.” Lee says OneDrive similarly requires a Microsoft account.

“Dropbox was a first-mover, and that’s what drew us to them initially,” says Ryan Matzner, director of app design and development firm Fueled. “What’s kept us with them is how simple, hassle-free and easy-to-use the software is. Many members of our team are extremely tech-savvy, but a number aren’t. And it’s great that both kinds of users have little to no issues using Dropbox’s website, desktop app and mobile apps.”

So many people have Dropbox, and that makes sharing with them easy, according to Raymond Selzer, co-founder and director of development of website design firm Interslice Designs. “For those without Dropbox, sharing is still very simple.”

Cons: “Dropbox charges for what OneDrive doesn’t,” says Jonathan Tavarez, founder of Vantage Internet Group, referring to the fact that Dropbox initially offers only 2GB of free storage, compared to OneDrive, which offers 15GB of free storage. “We see no benefit in using Dropbox.”

“The main issue with Dropbox is that it deletes files on its own,” says Sarah Weinberger, founder and CEO of Butterflyvista. “I have seen that time and time again. I am not sure why, but files disappear. I have to create a backup to my online backup to restore those files.”

“In many ways, Dropbox is too easy,” says Fueled’s Matzner. “It’s too easy for an untrained member of the team to accidentally mass-delete thousands of files. Fortunately, Dropbox has provided tools to help undo these mistakes. But the tools aren’t always enough, and we’ve had a number of scenarios where we had to call Dropbox tech support and have them manually roll back mistakes.”

Pros: “Box has a level of collaboration and enterprise security that is better than the alternatives,” says Marin Perez, a writer at Bluenose Analytics, a SaaS startup. “Box’s wide-scale availability on all platforms also helps.”

Box offers “enterprise grade security and scalability,” according to Tim Peters, director of marketing virtual agent firm IntelliResponse. Peters appreciates the functionality of its permission settings, so he “can limit access to certain files while making other files externally available to customers, prospects and partners.”

Unlimited storage space, reasonable cost, secure access from any device, lots of plug-ins/partners, and sync capabilities are among Box’s most compelling features, according to Jeffrey Frey, an IT director of digital experience at the University of Texas MD Anderson Cancer Center.

Cons: Box doesn’t offer an easy way to preview files, Peters says. “This makes it difficult to use Box as a repository of marketing materials, such as our image library.”

“Under the free plan, files larger than 250MB can’t be uploaded,” says Joanan Hernandes, founder of mobile platform Mollejuo. “So you have to split the files when you need to upload larger files.”

Pros: Google Drive is “cheaper [than competitors] and it’s part of the Google Apps suite, which many businesses have already adopted, as well as Google Docs, which means strong document preview capabilities and collaborative editing of spreadsheets, documents, presentations and drawings,” says Orun Bhuiyan, marketing technologist, SEOcial. “It also has a great user interface, and it offers the security of all your content running on the Google Front End (GFE) server environment.”

“I do a lot of work on my phone and tablet and quickly found that Google Drive, plus the other Google offerings, made for a much better user experience,” says Alan Baker, president and chief consultant of technology consultancy Spitfire Innovations. “The Android platform also does a good job of handling legacy files that are in various Microsoft formats.”

Cons: “There’s no quick indication of sharing and public/private settings of files,” says John Turner, CEO of UsersThink. “You need to check each one, and it’s easy to forget which settings were for which files.”

Pros: “Seamless” saving of files from Microsoft Office “is the feature we use the most,” says Max Dufour, partner, Harmeda, a technology and strategy advisory firm. Dufour also appreciates the capabilities to create shared folders for collaboration, save old files and back up data the company doesn’t plan on using in the near future.

Cons: “There are not enough privacy [safeguards]”says Vantage Internet Group‘s Tavarez “We are concerned about privacy with any cloud service and limit our uploads to nonpersonal or confidential items.

OneDrive also isn’t “as advanced as other storage platforms, which are stronger on the collaboration front and offer more features,” according to Dufour.

OneDrive for Business lacks support for the Mac and Linux platforms, according to Jarrod Helzer, president of IT management and consulting firm ITtude. “I also think the file sharing, both with other OneDrive for Business users and anyone without a Microsoft account, is cumbersome at best. This likely has to do with it being implemented on SharePoint, unlike OneDrive for home users or Outlook.com users.”

“I choose Dropbox over OneDrive due to upload/download speeds,” says Mark B. Brown, company director of editing and recording equipment vendor EditorsKeys.

“OneDrive seems to take forever to upload content, which is a deal breaker. When you have over 257GB of files to upload, it seems like it would take three years to do it on OneDrive.”

Box, Dropbox, Google Drive and OneDrive are just four of many cloud services available today. Here are a few others to consider.

OwnCloud is a free, open source cloud storage option that is installed on a private server, with no limits on storage space beyond your server’s hard drive capacity. “It runs under our control, not someone else’s,” says Rajesh Goel, CTO at Brainlink International, Inc. “It works across multiple platforms, it’s extremely easy to backup and restore, and it syncs seamlessly.”

SpiderOak is a good alternative “for the simple reason that everything is stored encrypted,” says Thomas Quinlan, senior sales engineer of business assurance technology firm Blue Coat. “No one can see the contents of the files except me. It has all the features that everyone expects from a cloud storage service provider but also provides privacy.”

Quinlan says SpiderOak is “slightly less user-friendly than Dropbox” but is still relatively simple to use. The free plan offers 2GB of storage; business plans cost $60 per user, per year and provide unlimited storage.

AeroFS is a file-sync and share service that enables organizations to decide where their data resides and how it should be secured. The personal hybrid cloud plan offers unlimited storage for free for as many as three users. The enterprise plan uses a private cloud and gives an unlimited number of users unlimited storage capabilities for $180 per user, per year.

Transporter is a storage device/service that creates a private cloud with a starting price of $99 and no monthly fees. California attorney John Conway says he uses Transporter because it’s simple and offers “total data privacy with cloud convenience.” He says that public cloud storage services can’t guarantee the confidentiality of files, which is why he uses Transporter’s private cloud.

DatAnywhere promises to turn your existing file server into a private cloud for mobile access, file syncing and sharing, without file size and other limitations. It works on Windows, Mac, iOS and Android and is free for up to five users. Paid plan pricing isn’t listed on the company’s site. A perpetual license begins around $6,000 for 25 users (a one-time fee) and includes unlimited data.

Syncplicity is an enterprise collaboration/file-storage/sharing service that promises robust security features, including single sign-on (SSO) with Active Directory or any SAML-based authentication system; Active Directory synchronization for user provisioning and de-provisioning; AES 256-bit encryption for files in transit and at rest; remote device wipe; and more.

(Disclosure: The author occasionally consults for a company that has Box as a client but has never been involved in that company’s work for Box.)