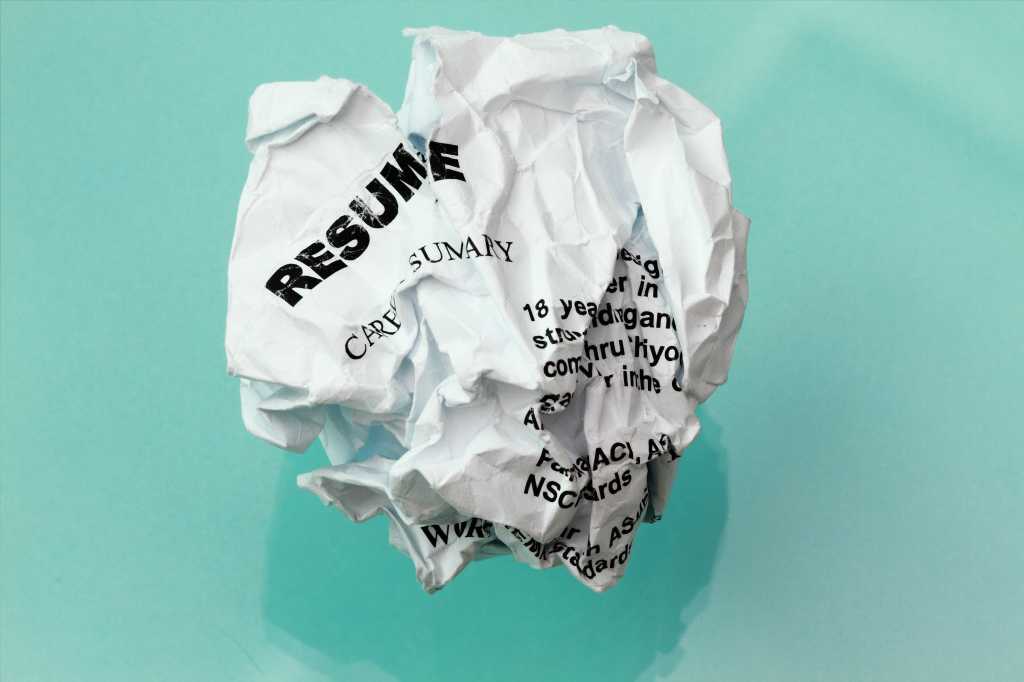 What does resume makeover candidate Michael Wallace have in common with Bill Gates and Mark Zuckerberg? Each created something very big at the beginning of their careers and spent the rest of their professional lives building on that initial success.

“As a resume writer I must condense a typical two-hour career story into a document that can be read and understood in about six seconds,” says Burns.

“That’s why a conventional resume is always organized in reverse chronological order. That is the ironclad rule — it’s almost heresy to do it any other way,” he says. The most important real estate in a resume is the most recent job a candidate’s held, right?

Wrong. At least in this case. Burns had to rethink the standard resume format in order to present Wallace’s career in the best light and create an impressive, high-impact resume that highlights all his skills and experience and tells the right story.

Michael Wallace was born and raised in Scotland and graduated from engineering school in 1992. His first job out of college was with a small start-up called Display Products Technology, which he joined as its first paid employee, Burns says.

The company was started by three former IBM executives who developed an innovative process to repair and recycle defective LCD displays. Wallace, though fresh out of school, had an extensive skillset covering mechanical, electronic and software engineering, and within six months had developed a much more economical process for repairing these LCD displays, and singlehandedly paved the way for a multi-billion-dollar LCD repair industry, says Burns.

Is your resume out-of-date, boring and just not getting responses you know you deserve? Why not let CIO.com help? Send your resume to CIO.com Careers writer Sharon Florentine to participate in our monthly Resume Makeover series.

“Over the years, DPT grew fast. It reorganized and changed its name five times in 20 years — but Michael stayed on as the technical linchpin that kept the operation growing,” Burns says.

Now, in 2014, the company’s finally shutting its doors and Wallace is moving on, but his extraordinary career trajectory left him with a confusing and dense resume, says Burns.

“When I first read Michael’s resume, I thought he was a low-level repair tech who had worked for six or seven different companies. Wrong. He worked for the same company for 20 years, although the name and ownership changed five times,” Burns says.

Burns also encountered many of the “usual suspects” in resume writing; dense language, difficult to read, poor formatting and a lack of a ‘big picture’ to tie Wallace’s career experience together.

Burns also identified what he calls the ‘jigsaw puzzle’ phenomenon, in which a candidate provides a great number of bullet points and subheadings that don’t relate to a larger ‘completed picture’ for the reader to understand.

“When I first saw it, the resume consisted of about 80 bullets and sub-bullets. These bullets are like pieces of a jigsaw puzzle – I could see the pieces, but no completed picture. If you present readers with a box of puzzle pieces, they have no idea what they’re looking at, and combined with the reverse chronological order of Michael’s success, I had no idea how to structure the resume for maximum impact.”

During Burns’ live interview with Wallace, however, Burns finally had an Aha moment when Wallace outlined how he invented the repair process that sparked the company’s explosive growth.

In addition to the technical success, DPT was also a major economic success in the United Kingdom – and led to the major award and even an invitation to Buckingham Palace. Suddenly, Burns says, he knew exactly how to shape Wallace’s story.

“I realized I simply had to break the rules – start the resume with his breakthrough invention – and organize his information in chronological order. Suddenly everything came into focus,” Burns says. “Now, if I ever see this pattern again, I’ll know exactly what to do. I call it the ‘upside down’ resume,” he says.

Though Wallace needed a few days to warm up to the new, groundbreaking resume, overall, he’s happy with the result, says Burns. While his old resume was drastically underselling Wallace, and “made him look like a low-level LCD repair technician, the new version makes him appear as an engineering Superman and all we had to do was break some rules!” Burns says.