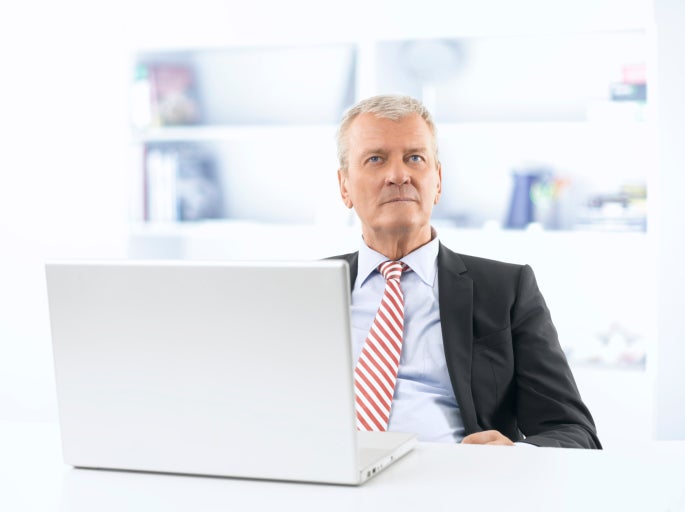 Social media is a virtual ghost town for most CEOs with participation among the world’s most elite leaders at embarrassing low numbers. A staggering 68 percent of CEOs at Fortune 500 companies have no social media presence at all, according to a new study from CEO.com and Domo.

Two thirds of the 160 or so Forbes 500 CEOs who participate in social media, only engage on one platform. And LinkedIn, as you might expect with this crowd, has a lock on CEOs who choose to participate in only one social network, claiming 74 percent of those who fall into that camp.

Participation on LinkedIn dropped 8 percent from last year, while the other four networks tracked by CEO.com and Domo tallied significant year-over-year gains. Although Google+ showed a 60 percent jump from 2013, the report’s authors still describe the network as a “desolate wasteland.”

Just 8.3 percent, or 42, of the Fortune 500 CEOs have Twitter accounts and only 69 percent of those have actively tweeted in the last 100 days. The number of CEOs on Twitter jumped 46 percent from 2013, but overall Twitter activity among those with accounts is up just 1 percent.

Less than half of those actively tweeting CEOs are posting once a month or less, and only about a dozen of them are tweeting daily. Half of the CEOs on Twitter have fewer than 100 total tweets and five have never posted at all.

CEOs may never command the star power of celebrities and artists with their tens of millions of followers, but Fortune 500 CEOs have accumulated nearly 3.7 million followers among the lot of them thus far, according to the report.

The actual content being shared by those on Twitter is mixed with 20 percent comprised of links and 11 percent replies on average. Meanwhile, business magnate Warren Buffett has the most followers of any Fortune 500 CEO with more than 881,000 followers.

Facebook is running a tight race with Twitter, with each claiming the same percentage of active users among Forbes 500 CEOs. The firms found active Facebook accounts for 8.3 percent of the world’s most powerful CEOs, up from 7 percent last year.

Participation and engagement is more difficult to determine on Facebook as only six CEOs maintain official fan pages and 21 maintain semi-private accounts with publicly viewable content.

Zuckerberg’s fan page has more than 29 million followers while HP CEO Meg Whitman comes in at a distant second with a little more than 210,000 followers. Whitman is also the only CEO with a fan page that hasn’t been updated in more than 100 days.

LinkedIn is the ‘Entry Network’ of Choice for CEOs

The number of CEOs on LinkedIn dropped this year, but research also indicates that those still using the network are more active.

Nineteen of the 127 Fortune 500 CEOs on LinkedIn are on the network’s official list of 500 “influencers” and nine of those joined the platform in the past year, according to the report.

Four CEOs – Whitman, Jamie Dimon of JP Morgan, Jeffrey Immelt of GE and Arne Sorenson of Marriot – have more than 100,000 followers on LinkedIn. The report defines LinkedIn as the “entry network” of choice among CEOs with nearly half of all social CEOs only participating on LinkedIn.

Google+ is undoubtedly the most underutilized social platform of all with only eight CEOs using the service, according to the study. Participation is up from 1 percent last year to 1.6 percent today.

Instagram may not be the most obvious social media outlet for Fortune 500 CEOs, but it’s still attracting more interest than Google+. Thirteen, or 2.6 percent, of the Fortune 500 CEOs have Instagram accounts but most of the sharing there is decidedly personal in nature.

“Social media gives business leaders a way to burnish their personal and corporate brand, as well as listen to the community at large and respond to the issues that matter most to their company and customers,” says Josh James, founder of CEO.com and Domo, commenting on the report’s findings. “It also gives them a powerful communications channel to share what’s most important and drive understanding and alignment around key issues. CEOs who truly understand and appreciate the power of social media will have a significant competitive advantage in the future.”