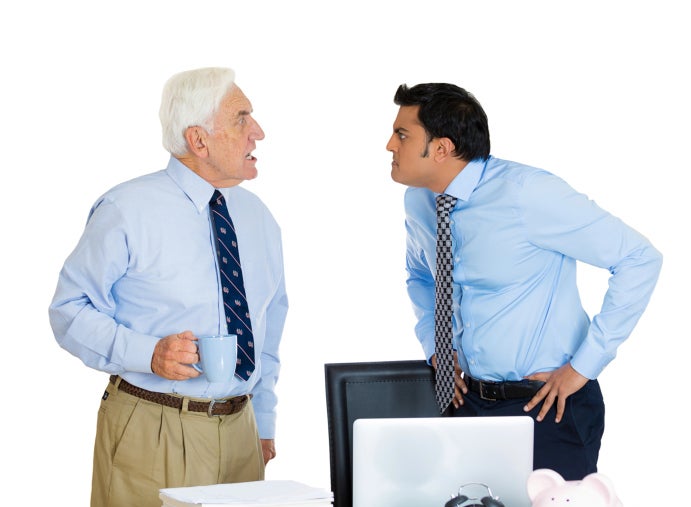 CIOs and CMOs like to proclaim to the world that they’ve become best buddies. They’re the Dynamic Duo, Wonder Twins, Butch Cassidy and the Sundance Kid of the digital frontier making rivals look foolish as they fill company coffers with social and mobile marketing-led sales. That’s the public-facing story, anyway.

Behind the scenes, it’s a relationship under fire.

“CIOs have to show marketing that they’re aligned to what they do, but we don’t see that bridge being built very often,” says Matt Mobley, CMTO at Merkle, a customer relationship marketing agency. “I don’t think anyone has cracked the nut on how to solve the CMO-CIO contention that exists today.”

Mobley, a self-described techie, has seen first-hand the different ways CIOs and CMOs butt heads and knows just how far apart they can be on marketing technology purchasing issues. It should be noted that Merkle mostly pitches CMOs directly when selling its services, and CIOs often become roadblocks.

For instance, a CMO at a consumer packaged goods company wanted to unify data platforms, joining offline and online data, and was considering Merkle to be a vendor partner. But the CIO wanted to control the project, either reviewing partners or building the capabilities in-house. Merkle reached out to the CIO, Mobley says, and it became apparent that the CIO was making a play for the project in order to stay relevant.

“At the end of the day, he’s trying to grab ownership away from the CMO,” Mobley says.

The CMO eventually won and became a Merkle customer, Mobley says, in part because the CIO didn’t have a mature enough grasp of marketing’s needs.

There’s a fundamental problem in the way CMOs and CIOs look at technology projects. CIOs don’t like loose ends. That is, they want to see projects that have a clear beginning and end — a clear-cut return on investment. CMOs, however, can’t afford to wait for this kind of clarity before embarking on projects.

Case-in-point: The CIO of another Merkle customer in the retail industry asked for time to digest a piece of technology concerning a specific marketing campaign before taking another bite, Mobley says. At the very least, the CIO wanted a provider that could handle future types of marketing campaigns. But the CMO chose to forge ahead. After all, the next marketing campaign might be social or mobile requiring a different technology platform.

CMOs call this open-ended approach as being “agile,” which is very different from what CIOs hear. For CIOs, “agile” means a software development methodology, according to The CIO-CMO Omnichannel study. For CMOs, “agile” is a desired state of operations, where a company can change directions and move rapidly as market conditions change.

[Related: Inside the Minds (and Personalities) of CIOs and CMOs]

This difference in philosophy is at the heart of many CIO-CMO conflicts. At a financial services firm, the CMO chose to go with Merkle behind the CIO’s back. The CMO told Mobley that IT would only push marketing toward its views on architecture and governance, which, in turn, would push a four month project to a year.

Marketers shutter whenever a CIO mentions “RFP,” or request for proposal, Rebekhah King, director of customer engagement at Cox Media Group, told attendees at GrowthBeat in August. “Whenever I say ‘RFP,’ an angel loses its wings,” she says. “They think nothing will get done for seven months.”

Where Does the CIO Fit In?

However, this isn’t to say that CIOs don’t have a critical role to play in the volatile marketing technology landscape. Mobley recognizes what he calls “natural collection points” of data at managed service providers or large agencies. Log files coming in from different places can be passed back into the CIO organization.

In contrast, CIOs who try to exert control out on the edge of digital marketing risk clashing with the CMO and ultimately losing. “CMOs need to be able to choose who they want to partner with, because change is happening rapidly,” Mobley says.