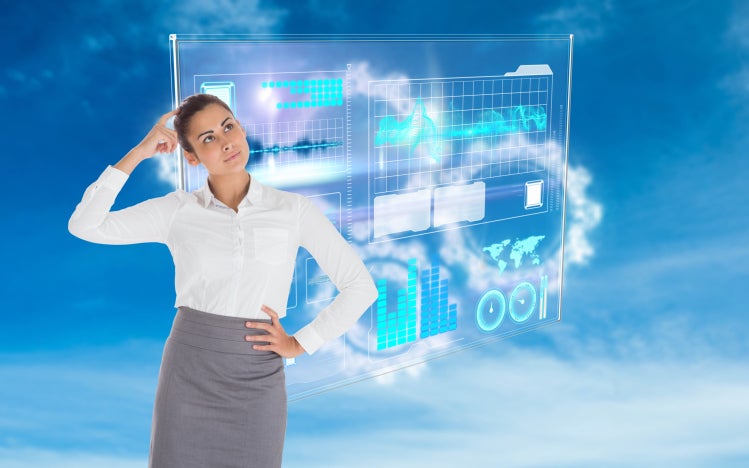 Despite making up slightly more than half the U.S. population and filling slightly more than 50 percent of professional positions in the U.S., the percentage of women in technology jobs in the U.S. has been in decline. Intel sees that as a big problem with many causes, says Raejeanne Skillern, general manager of the Cloud Service Provider Business at Intel.

Skillern says that cloud computing is a field of explosive growth in the IT sector, yet between 1.2 million and 1.7 million roles in that area are going unfilled due to a lack of qualified applicants. At the same time, women spend more time online than men, according to comScore. They also outnumber men on nearly all social networks, according to Pew Research Center. And yet, Skillern says, while women are consuming these services more than men, it is largely men that are programming the Web: Women comprise only 20 percent of programmers and 25 percent of IT managers in 2014, according to the U.S. Department of Labor Statistics.

If cloud services firms (and tech firms in general) want to fill positions with qualified candidates and do a better job understanding the consumers of their services and solutions, they need to do a better job recruiting and retaining women, Skillern says.

“There are many things that are making it more difficult for women to take a 50 percent role in technical fields,” Skillern says. “It starts with education and interest. It is mentorship. It is modifying the workplace to be more adaptive to females and their long-term career goals and family goals. One of the many reasons I’ve been an Intel employee for 20 years is that we realize there’s not just a single source to the problem.”

Working with the IT Cloud Computing Conference (IC3), Intel is taking a step to try to address one source of the problem by making cloud computing training more accessible to women.

IC3 is a multi-cloud and DevOps conference sponsored by Amazon, Chef, Intel, Puppet Labs, SoftLayer and other cloud and DevOps companies. Intel is sponsoring the IC3 Cloud Scholars program, which gives free admission to the conference to the first 50 female students in science, technology, engineering and mathematics (STEM) to register. The program also gives all women who register through the website half-price admission to the conference.

[Related: How to Explain the Cloud to End Users]

“Intel’s generous sponsorship is a game changer for women looking for insight, training and new opportunities,” says Paul Owen, IC3 executive director. “The demand for DevOps and cloud-trained technical staff is skyrocketing. But similar conferences cost three to four times more than IC3 and are often produced by a single vendor, whose training may include a sales agenda. Our vision is to give developers and IT managers everything they need to evaluate cloud services, learn from the best instructors and make plans and build proof of concepts in a vendor-neutral environment.”

The two-day IC3 event will be held in San Francisco on Oct. 27-28. It will include sessions on Amazon, Google, SoftLayer and DevOps. The DevOps track will include trainers from Chef, Puppet Labs, Docker, SaltStack and other configuration management and continuous deployment companies. Each track will feature technical training, certification prep and hands-on labs so attendees can build a proof of concept.