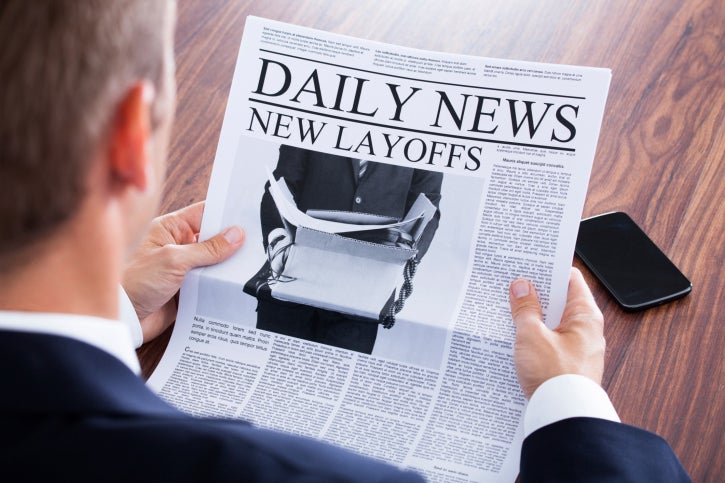 Corporate restructuring and layoffs are an unfortunate, but inevitable, part of today’s business climate. Keeping your remaining employees engaged, motivated and productive after a restructuring requires managers to be proactive, honest and consistent or risk alienating and losing even more key talent.

“The ultimate goal of any restructuring and layoff is to make the business more efficient, more productive and therefore more competitive,” says Dave Denaro, vice president and site leader at Keystone Associates in Burlington, Mass.

“In general terms, a layoff isn’t personal. It’s a purely professional decision taken to protect the business. That doesn’t mean it won’t make your employees nervous; even the possibility of a restructuring can send a shiver down a worker’s spine,” Denaro says.

One of the first things a manager can do is understand and empathize with that uncertainty, and be prepared for key talent to leave even before any layoff is even announced, Denaro says.

Even employees who aren’t affected by a layoff will get skittish, and it’s wise to be prepared to lose some great talent, says Paul Harty, president at Seven Step RPO (Recruitment Process Outsourcing).

Be Prepared to Lose Talent

“When there is a risk of laying anyone off, some people who would otherwise want to stay with the company get so scared of the instability that they quit,” says Harty.

“The employment market’s getting better, slowly, and in many cases candidates are landing jobs much faster and are even getting multiple offers,” Keystone Associates’ Denaro says. “If key talent decides to leave your organization, don’t take it personally. Understand they’re doing what they feel is best to protect their families and their livelihoods,” he says.

Engage Those Who Stay

To prevent a mass exodus, says Denaro, it’s crucial to focus on engaging those who remain. That focus begins at the highest levels of the business, and each descending level of the management hierarchy has a specific role to play to successfully navigate the workforce through a layoff and beyond. Overall, he says, recognize that there will be significant trust issues, and aim to be as transparent and truthful about the why and how of the restructuring as possible, right from the get-go.

“From the beginning, it’s imperative to be truthful and transparent. Start by outlining how the business makes money — you’d be surprised how many employees have no idea what drives their employer’s bottom line,” Denaro says. C-level executives should maintain their focus on broad business strategy, but should also emphasize the realities of the businesses financial position for those in the lower echelons, Denaro says.

“In the best-case scenarios, executives would be able to say, ‘That’s it, we’ve done with layoffs.’ If that’s the case, then make that message clear and loud. If not, be truthful about that, too.

[Related: How to Motivate Your IT Team After a Setback]

If there’s the possibility for future layoffs, you need to make that explicit, and also talk about what conditions would necessitate any future restructuring. For instance, ‘We’re done for now, but if we don’t meet these benchmarks, we may have to prepare ourselves for deeper cuts,'” Denaro says.

While it might seem counter-productive, that kind of honesty can help maintain loyalty and it can motivate employees to work harder towards the goal of keeping the business successful, he says.

Executives should also set specific timeframes for delivering progress reports and stick to them so employees know where the business is headed and how milestones are being met, Denaro says.

“Set company meetings on the calendar to come back and report on progress. From an employee perspective, it’s crucial for them to understand not just where the business stands, but where they are and if they’re in danger,” he says.

More so than top-level executives,  mid-level managers must deliver a message of stability and have clear, detailed plans in place for how the business will move forward and be able to communicate those plans effectively to their remaining workforce, says Denaro. This includes both higher-level, strategic plans passed down from the C-suite as well as individual career progression and succession plans for each employee, he says.

[Related: Is Conflict the Secret to a Successful Business?]

“An ideal manager during a layoff is someone who will align with the company’s message, keep things organized, and ensure the junior staff is motivated and on point to work through the downturn to help the company turn it around,” says Seven Step RPO’s Harty. All companies go through macroeconomic downturns and restructuring, but managers are key to keeping open lines of communication with their valuable talent resources, he says.

“To employees, most managers represent the company culture. Even if they like the company, statistics show that something like 80 percent of people who voluntarily leave a job do so because of their direct manager,” Denaro says. “That means these managers are an incredibly important resource to help keep great talent, even in the event of a restructuring or layoff,” he says.

“The direct manager’s role is to align employees’ career plans with the work that needs to be done and the delivery of that work for the company as a whole so everyone can move forward,” he says. “They’re responsible for making sure those smaller pieces – the employees and their work – fit into the larger business strategy and align with the greater goals.”

That means, on a day-to-day basis, that direct managers must act as the go-between between management and the employee to determine what skills, knowledge and experience are needed to excel in each role, and how those roles align with business strategy. If that’s not happening, direct managers should try to reposition workers to fill skill gaps or to motivate the workforce, Denaro says.

Of course, as is the case in many restructurings, sometimes talent is let go or employees leave but their role and their workload remains. It’s up to the direct manager to figure out how to distribute the responsibilities and the workload among the remaining team members so no one gets burned out, disgruntled and leaves – presenting an even larger problem, Denaro says.

“Direct managers are often in the perfect position to identify the most successful people in the organization; those with great potential to help take the company out of the downturn,” says SevenStep RPO’s Harty. “Therefore, managers need to able to push mid-level people to perform like senior-level employees, but do so in a way that doesn’t cause burnout. It’s important that managers identify those who can deal with the extra pressure, and those who don’t and delegate accordingly,” Harty says.

“Sometimes jobs get ‘Frankensteined’ together and just dumped in the lap of whoever’s closest to the role,” he says. “That’s a lot of pressure on an employee, especially if they don’t have the strengths for that additional role. That’s when coaching, mentoring, education and further training and critical to keeping talent,” he says; presenting the additional responsibilities as an opportunity for learning and growth.

“The employee has a role, too,” says Denaro. “They should have a career plan sketched out that covers their strengths, their weaknesses, their interests and their goals,” he says. The company, in turn, should invest in coaching, education, training and mentoring to make sure employees are motivated to stay and engaged in driving the business forward, he says.

“When you do a layoff today, you have to think of engagement first. You’ve broken that implicit ‘trust contract’ you had with your employees; everyone’s on edge, and there are more and more opportunities for talent to find other positions,” says Denaro. “Employees have so many more choices; it’s a huge business risk to not focus on engagement of those who remain,” he says.