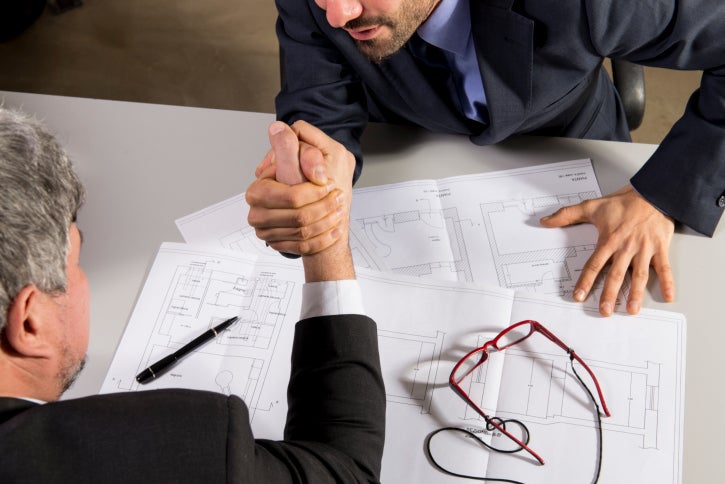 The Gartner report landed on the CIO’s desk with a thud: In five years, Gartner predicted, marketers will spend more on technology than IT will. That report came out almost three years ago, and CMOs are well on their way to making good on Gartner’s prediction. The transfer of power is nearly complete.

Since the report, the number of vendors pitching marketing technology, also called martech, has exploded. There are some 3,000 vendors today, their ranks swelling anywhere from 300 to 500 annually. Most of them sell directly to CMOs who, in turn, are more than willing to keep CIOs out of the loop.

[Related: Inside the Secret Clash of CIOs and CMOs ]

Another sign of dramatically changing times comes from enterprise software giant Oracle, which has been courting CIOs for decades. Over the past couple of years, Oracle has spent $3 billion on a martech acquisition spree averaging a company a month. Oracle, once the great advocate of the CIO, now has designs on wooing the CMO directly.

Are CIOs a Natural Fit to Become CMOs?

For many CIOs, this transformation hits close to home. More and more CIOs find themselves reporting to CMOs, as CIOs slide down the corporate ladder. Privately, CIOs admit they’ve been relegated to a supporting role, not a strategic one. CMOs, in comparison, want to run the show as CEOs. (For more, check out CMOs Eye CEO Office, But Need CIOs to Get There.)

If the situation for CIOs sounds dire, you’re hearing right. But there is a silver lining for CIOs willing to embrace this power shift. The good news is that marketing has become more digital and data-driven than ever before — a natural fit for the CIO. As the CMO moves into the CEO’s chair, who will fill the vacant CMO post?

“Marketing is all about data,” says Ashu Garg, general partner at Foundation Capital, a Silicon Valley venture capital firm with a track record of big-payoff martech investments, such as Responsys, Tealeaf, Freewheel, Localytics and others. “It’s entirely plausible that the best CIOs figure out how to become CMOs.”

The idea of a CIO becoming a CMO isn’t as far-fetched as you might think. Sherrie Haynie, organizational development consultant at CPP, publisher of the Myers-Briggs Type Indicator, told CIO.com that the CMO and CIO share more similarities than differences, which makes sense given that both hold executive leadership positions. Common ground includes a need to be decisive and efficient and, perhaps most relevant, the ability to solve problems.

The Evolution of the CMO

In order to prepare for the CMO role, CIOs should have an understanding of the dynamic rise of the CMO over the last few years and what drove it.

This story begins in the great recession when the CMO faced the firing squad. As revenue dried up, companies turned to the CIO to streamline operations and make sure every dollar spent had a solid return on investment. The mantra “do more with less” became the new normal. Meanwhile, CMOs spending millions on advertising campaigns without clear returns became easy targets.

[Related: Inside the Minds (and Personalities) of CIOs and CMOs]

Theirs was a black art best summed up by John Wanamaker’s famous business quote: “I know that half of my advertising dollars are wasted, I just don’t know which half.” This philosophy, of course, doesn’t play well when budgets are squeezed in a recession.

Then, in 2010, social media, mobile and cloud computing swept in to save the CMO. Digital advertising, in particular, flipped Wanamaker’s quote on its head. That is, digital marketers could suddenly measure everything. Advertisers began dedicating more than 10 percent of their total marketing spend on digital media that could prove marketing’s worth.

“It was a big turning point,” Garg says.

Social media took off and changed how consumers engaged with brands. Consumers now controlled the conversation, telling peers about great products and bashing bad ones. A million people could be talking about a product over Twitter within minutes. In essence, social media turned ho-hum advertising into a rock star for the customer experience. Everyone inside a company, from the CEO to the intern, values the customer experience.

Mobile devices also meant consumers could be reached while, say, standing in the checkout line at a retail store. In the past, marketers had to buy pricy primetime television ads between the hours of 8 p.m. to 10 p.m., because that’s where the consumer was going to be, sitting on the couch in front of the television. With mobile devices and social media, marketers can reach consumers anywhere, anytime.

Mobile devices and social media brought the CMO within a hair’s breadth of the revenue pipeline. In the old days, a traditional marketing funnel delivered a large volume of leads to salespeople. Today, marketing not only qualifies leads but, in many cases, converts leads to sales, thus usurping salespeople.

CMOs Take Off With the Cloud

The other big 2010 event was the emergence of cloud computing. Tech purchases used to creep along in a lengthy approval process through the CIO who controlled hardware resources, but cloud services meant CMOs could get a subscription and be up and running the next day.

“A CMO’s budget is OPEX (operating expense), not CAPEX (capital expense),” Garg says. “In most companies, a CMO can write a million-dollar OPEX commitment in a heartbeat.”

CIOs salivating at such purchasing power and wanting to become CMOs should get up to speed on some of the major digital marketing themes facing CMOs today.

For starters, CMOs must deal with an increasingly fragmented identity and attribution problem.

The tech savvy consumer may use a half-dozen smart devices throughout the day: phone, tablet, PC, laptop, television, maybe wearables. Marketers must not only find and identify a consumer across these devices but deliver a seamless experience. For example, a consumer might conduct an initial product search on a mobile device while waiting for a bus after work, watch an advertisement for the product on television at home, and then execute the order on a tablet at midnight.

Then the CMO has to justify to the CEO and CFO why the dollars spent on multi-device marketing makes sense — that is, how every piece played a role in the sales conversion. “This is an attribution problem,” Garg says.

Identity’s twin sister is personalization, or rather delivering a personalized customer experience. Before, a consumer would walk into a Banana Republic clothing store and have the same experience as everyone else. But that’s not what consumers expect online; people get annoyed seeing an advertisement on their Facebook page that has nothing to do with them.

“Consumers have very little patience today. They expect the perfectly tailored experience, and they want it now,” Garg says. “Five years ago, the technology to do real-time targeting, real-time personalization didn’t exist.”

How Tech Is Changing the Ad Game

Programmatic media buying, whereby technology automatically bids on online display advertising, is another example of the martech market moving at lightning speed. The technology digs through mountains of customer data in order to track and target them online. Today, roughly 20 percent of display ads, 10 percent of video ads and practically no television ads are sold programmatically — but that’s changing.

“Five years from now, all media will be bought programmatically,” Garg says, echoing the opinion of other martech industry watchers. “There’s no reason why the traditional model for buying and selling media should exist. It’s archaic and irrelevant.”

The advertising game is changing not just in the way ad space is bought and sold but the kind of content as well. Whether it’s original content or aggregated content, video or tweets, over mobile devices or high-def television sets, the bottom line is that digital content must be substantive and give consumers real value. No longer can, say, cosmetic advertising be just about sexy images, rather there must be authentic content that describes the product, such as a fact-based statement that no animals were harmed in the making of it.

“Thematically, every brand that is an advertiser today will be a publisher tomorrow,” Garg says. “It’s going to be an increasing share of their marketing spend.”

If CIOs can master these challenges, they stand a good chance at becoming the next CMO. Marketing has become a technology bastion with new martech vendors pouring into this space every year. CMOs have a tough time differentiating vendor pitches chock full of buzzwords from the truth about what these new-fangled cloud services can really do. Moreover, CMOs don’t have a firm grasp on martech’s trajectory and potential.

“This makes it more interesting, and marketing more effective for the CMO, but the level of difficulty and complexity has changed by an order of magnitude,” says Meg Sloan, vice president of marketing at Foundation Capital.

The CIO has seen this all before, of course, and is in the best place to lead the martech revolution.