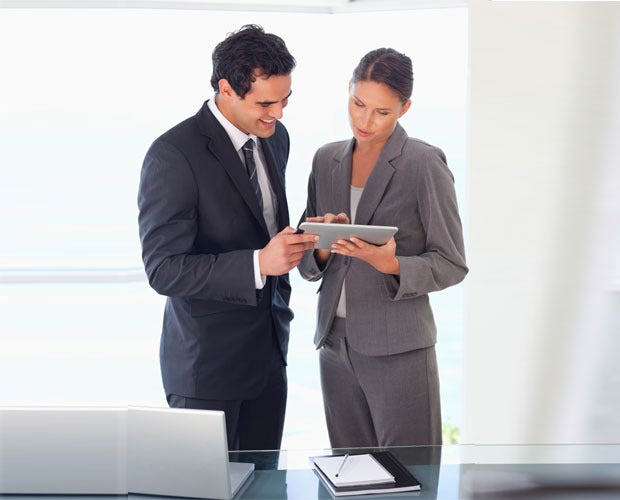 In today’s business world, the digital consumer is all-powerful, marketing holds the keys to unlocking the “mobile moment,” and the CIO must take on new skills in order to seize the business tech mantle. Make no mistake, we’ve entered an era on par with the greatest business transformations in U.S. history, says Forrester CEO George Colony.

“The CIO is in this game,” Colony says, speaking to a jam-packed theatre at Dreamforce, the mega tech event in San Francisco this week.

The first part of the transformation is the power of the consumer.

Today’s consumer has an unprecedented ability to make rapid online purchases, weigh and review products with peers, and buy products from anywhere in the world. In 2000, for instance, only 12 percent of consumers bought airline tickets online, but this jumped to 62 percent last year. Nearly a quarter of shoppers consult online reviews — 14 percent consult friends — before hitting the buy button. Eighteen percent of U.S. adults ordered from a website outside the United States in the last three months, according to Forrester.

Along with having newfound power, the consumer is undergoing a second transformation known as the mobile mind shift. Colony defines this as “The expectation that any desired info or service is available, on any appropriate device, in context, at your moment of need.” Marketers need to fill these moments of need, or mobile moments, lest customers shun them.

The problem is that winning in the age of the digital consumer and the mobile moment requires a plethora of customer-facing business technology, such as CRM, Web content management, ecommerce storefronts, marketing automation and customer analytics.

By 2017, nearly a third of all U.S. corporate and government tech purchases will be business technology, according to Forrester. Spending will rise by 10 percent or more per year, and business technology will comprise over half of new product purchases in 2015. In contrast, traditional IT spending will grow by only 2 percent to 4 percent per year through 2017.

“The CIO of one of the largest banks told me, ‘I have unlimited budget for the BT (business technology) agenda,” Colony says, adding that the CEO of the bank was afraid of missing the boat on business technology and losing customers.

“If the CMO tries to build it, they will fail,” Colony says.

So what should companies do?

Ideally, the CIO and CMO should work together. Unfortunately, their relationship has been rocky for decades. In turn, some companies created a middle-man position, called the chief digital officer, or CDO. Forrester argues against this; adding another high-profile personality into the mix is a recipe for disaster. While a CDO might provide some short-term benefits, in the long run a CDO will likely clash with the CIO, CMO or both.

“Don’t hire a chief digital officer,” Colony says. “We don’t believe the CDO is the answer.”

The best bet is for CIOs to up their game, work through relationship hurdles with the CMO, and ultimately take charge of the business technology agenda. In order to do this, they need to change the way they think about technology from a cost-controlling, bottom-up approach to a customer-first, top-down one. They need to understand customer behavior and how customers use technology.

This is a rough road to trod. Consider this: Among CIOs in the top 500 companies — arguably, the best CIOs in the world — only one in five says they have the skills to build the business technology agenda. This means the vast number of CIOs will struggle.

On the upside, the prize at the end of the road is a big one. In the age of the powerful digital customer and the need to win mobile moments that ultimately lead to sales conversions, companies must become technology experts and will lean on their CIO to guide them. In other words, business technology will become a part of every company’s DNA.

“In the future, all companies will be software companies,” Colony says.