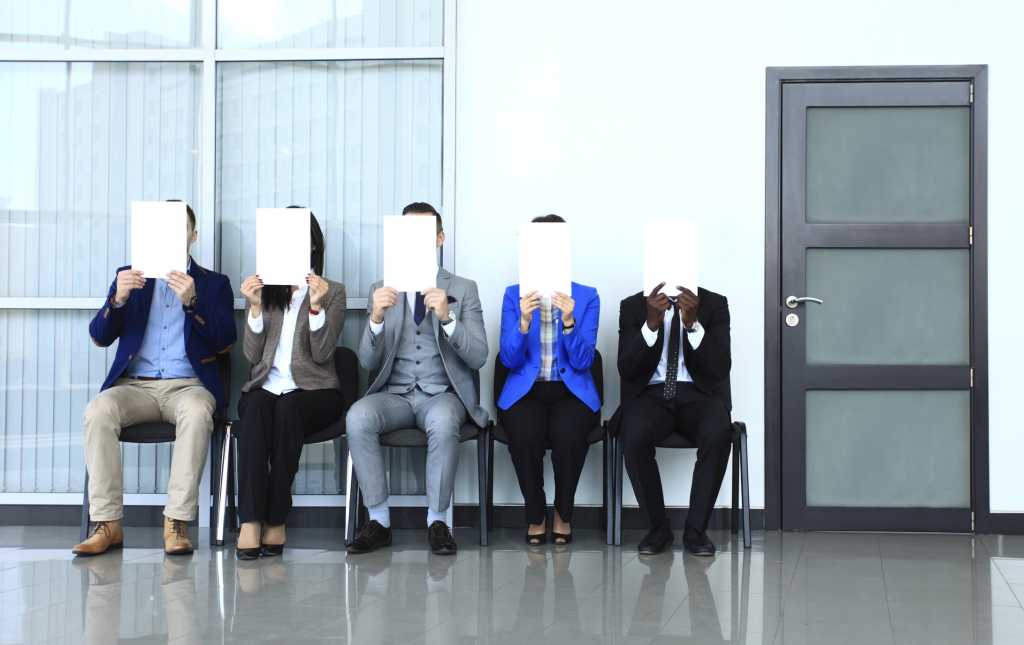 As the old saying goes, a lie may take care of the present, but it has no future. Nowhere is this truer than when conducting a job search. In a hyper-competitive talent market, it can be tempting to embellish your work history, exaggerate your IT skills or even claim to hold advanced degrees if it’ll give you an edge over other job seekers. Unfortunately however, even if these lies manage to go unnoticed at first, they’ll many times catch up with; potentially landing you back among the ranks of the unemployed with a bad reputation according to Tracy Cashman, senior vice president and partner of Information Technology Search at WinterWyman.

“The unemployment rates have been the lowest since 2008, but the job market is still competitive enough to make some job seekers feel like they need to embellish their resumes. In some cases, for the long-term unemployed, they can feel desperate and they’re only thinking in the short-term, not the long-term impact of what’ll happen if they’re found out,” says Cashman. A recent CareerBuilder survey found that 58 percent of the 2,188 hiring managers and HR professionals have caught a lie on a candidate’s resume; 33 percent of these employers have seen an increase in resume embellishments in the post-recession era.

David Gilcher, Lead Resource Manager at staffing and recruiting firm Kavaliro, believes most candidates who lie on their resume aren’t doing so with malicious intent, but out of a desire for professional survival. “It’s a very competitive workforce out there! Economic changes since 2008 have contributed to the escalating talent war, and businesses are becoming more picky as far as what education levels they want, their desired skill sets, years of experience, what have you. Add to that the fact that wages are depressed, and you have a large population of unemployed or underemployed folks who feel they have to fudge skills, degrees, and experience to get whatever kind of job, at whatever compensation they can. If they think they can get away with a lie that could add up to a larger paycheck, it’s very tempting,” Gilcher says.

The CareerBuilder survey identified the most common lies job seekers tell; number one on the list, 57 percent of survey respondents reporting they’d discovered a lie of that type – is embellishing their skill set, according to the survey. Overall, the lies fall into one of four categories, according to WinterWyman’s Cashman: education, dates of employment, experience level and job title, she says. Lies relating to education could mean adding a degree you don’t have or claiming that you have received a degree that you didn’t complete. “It could be that they got very close to finishing their degree but didn’t finish, or weren’t technically awarded a degree because of an administrative glitch – I’ve seen candidates who didn’t receive a degree because of unpaid library fines – or maybe they did get a degree, but they change what the degree is on their resume,” Cashman says.

Candidates, according to Cashman, will misrepresent dates of employment to try to cover periods where they were unemployed, or to avoid having to explain gaps in employment, says Kavaliro’s Gilcher.

Another major area where candidates are likely to stretch the truth is with self-employment or freelancing, he says. “A lot of folks, if they’ve been unemployed for a long period of time, will try and cover that gap by saying they are self-employed. Of course, in some cases, it’s true – they’ve been freelancing, or started their own businesses, or even done volunteer work but sometimes it’s a lie and they haven’t done anything,” Gilcher says.

Fortunately, it can be easy enough to verify or disprove a claim of self-employment or freelance work by asking for contact information for their client or clients, or ask them to provide samples of their work product, Gilcher says. “If they eagerly and willingly offer to get you that information, that’s a really positive sign,” Gilcher says. “Freelancers and self-employed folks should be very proud of what they’ve done and should be able to demonstrate who they’ve worked for and what they’ve made,” he says.

Job titles are also an oft-embellished part of a candidate’s resume, in Gilcher’s experience, in an effort to make that person seem more impressive or more desirable. Hiring managers, recruiters and HR pros should make sure a candidate’s title matches up with the responsibilities they claim, and that the titles are appropriate for the size of the organization, too. There are cases, Gilcher says, where job titles don’t match up, such as when layoffs or restructuring happens and an employee is forced to take on responsibilities that have been vacated when other workers leave. Candidates should be able to explain these discrepancies in a cover letter or on their resume.

“Candidates should always use their official title, but it’s completely acceptable to explain in a cover letter, or on your resume if you have performed functions or taken on responsibilities that are above and beyond your job title. That’s not embellishment, that’s impressive; it’ll certainly get you further than lying about your title!” says Gilcher.

Where the Most Inaccuracies Are Found

While lies have been found on resumes submitted for all types of jobs, at all levels and across almost every industry, some report a higher rate of deception than others, according to the CareerBuilder survey. It seems logical to assume that industries like financial services, healthcare or IT, which relies heavily on background checks and verification to protect the security and privacy of customer and user data, would be less prone, but that’s far from the case, according to the data. “You’d think it’d be less prevalent to lie if you’re in the financial services industry or in healthcare – but you’d be wrong,” says Cashman. In fact, according to the survey, financial services reports the highest number of lies encountered, at 73 percent. Healthcare and IT both reported finding lies 63 percent of the time.

“It does boggle the mind that some candidates don’t think employers are going to verify their claims. It’s as easy as doing a Google search – in healthcare, for example. You can check licensing credentials through licensing boards and professional organizations. In IT, you can check with professional certification testing providers,” says Gilcher. However he adds that these industries are so competitive that candidates are looking for any advantage, even unethical ones.

Cashman offers an additional perspective on why more candidates are caught lying on their resume in these industries. “Maybe the fact that lies seem more prevalent in these areas just means that these industries are more vigilant and thorough, and are catching more lies than slip through – and that’s not a bad thing,” says Cashman.

“It’s important to verify candidate’s information in any industry, but especially in areas like IT, healthcare and finance, you have to take some extra time to double check. Make sure you’re running background checks, calling previous supervisors, reviewing work product. Yes, it’ll take time and probably cost some money up front, but if you end up with an employee who isn’t who they claim to be, that’ll be much more expensive and costly in the future,” says Gilcher.

The CareerBuilder survey did show an increase in the amount of time employers are spending on candidate’s resumes; while 33 percent of respondents in December 2013 said they spent more than two minutes looking over individual resumes, at the time of the survey in May and June 2014, that percentage had risen to 42 percent. The survey respondents also said, 86 percent of employers typically have more than one employee review candidates’ resumes; 65 percent say two or three people go over each resume, and 21 percent have four or more employees review a resume before a decision is made.

Half of employers (51 percent) said they would automatically dismiss a candidate if they caught a lie on their resume, but a staggering 40 percent said whether or not to dismiss a candidate would depend on what the candidate lied about. Even more surprising is that 7 percent of respondents would be willing to overlook the lie if they liked the candidate. “That seems surprising, but it’s very individual. It depends on how much uncertainty the company is willing to swallow. Are the candidates’ references strong? Did they make one mistake but have substantial counter-evidence that they’re a good employee?” says Cashman. Sometimes, she adds, what looks like a lie is simply an error; candidates get dates confused, can’t remember the exact semantics of their title, or make an honest mistake about the number of employees they managed.

In some cases, they are encouraged by unethical recruiters or headhunters to falsify information so that the recruiter can get paid. “Sadly, we’ve seen candidates so desperate to land a job that they’ve been misguided by bad advice from recruiters who themselves are desperate to make a placement,” says Cashman.

From her perspective, she will usually try to give the candidate a chance to make it right. If, for example, she thinks they’re inflating the salary they’ve reported, she’ll ask, “Why don’t you go home and check your old pay stubs? It can be tough to remember exact dollar amounts?” Nine times out of ten, she notes, they’ll come back and say, ‘You’re right. I screwed up; I guess that raise wasn’t as large as I remembered,’ or ‘I was thinking of a different job and it won’t happen again’.

Providing that the rest of their information checks out; their references and credentials are impeccable and their interview is solid she will move forward with the candidate.

Honesty Is Such a Lonely Word

Of course, the best course of action is always to be honest on your resume. “Even if you don’t believe you’re a ‘perfect fit’ for a position or a company, you can offset any perceived negatives with a persuasive cover letter and an interview that knocks their socks off, “says Cashman. Leveraging your professional networks to land interviews also will give you the added benefit of having a personal reference to vouch for you to potential employers; another way to overcome any perceived shortfalls.

“Okay, so you might not have exactly the same skill set listed in the job description, but emphasizing those you do have and relating them to the available role can be very persuasive. If you’ve made money for a company, saved money for a company, streamlined a clunky process, eliminated obstacles – those are all excellent feats,” says Gilcher. Yes, you want to be humble, but you also have to speak to your experience and accomplishments and showcase how you’ve been an asset to previous employers. That is what will get a hiring managers attention. The bottom line is: When it comes to resumes, honesty is definitely the best policy.