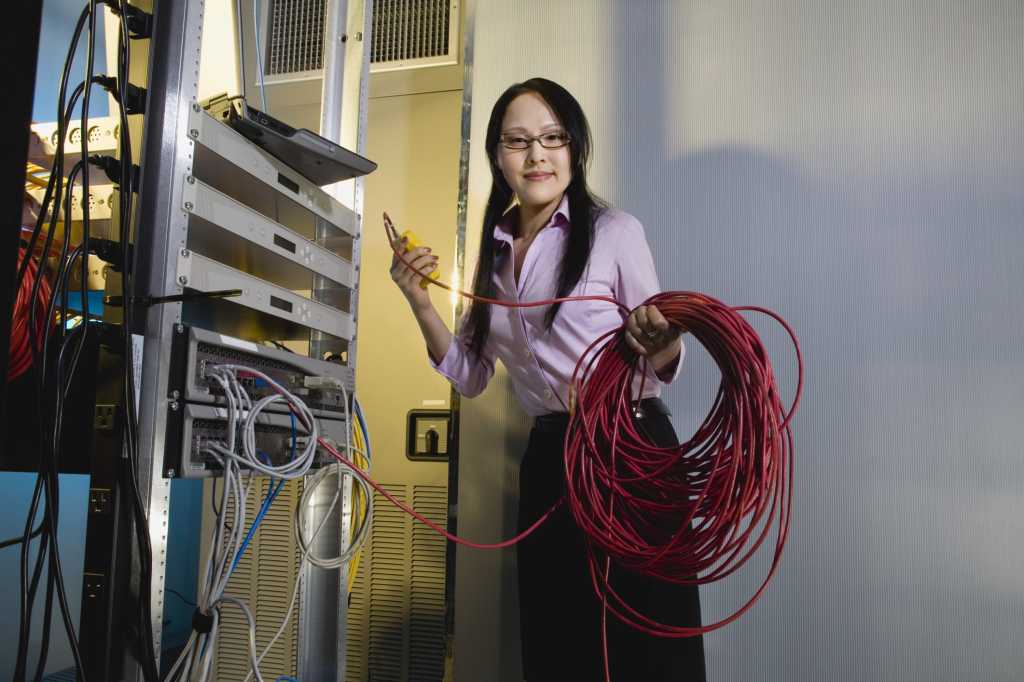 Women are good for business. While there’s no magic formula businesses can use to shrink the (still abysmal) gender gap in technology, there are some concrete steps you can take to recruit, hire and retain female tech talent.

Over the last decade, research has shown that companies’ bottom lines benefit when they actively recruit, develop and advance women. Studies demonstrate that enterprises that strive to include women are better able to attract and retain talent, reduce turnover costs, enhance organizational performance and build a robust leadership pipeline.

The nonprofit Anita Borg Institute for Women and Technology published a study earlier this year that summarizes many of these research papers and makes a definitive case for greater inclusion of women in technology. One supporting statistic that jumps out is that when Fortune 500 companies had at least three female directors, return on invested capital jumped over 66 percent, return on sales went up 42 percent and return on equity increased by 53 percent.

Another interesting stat, uncovered by research firm Gallup, found that companies with more diverse staffs have a 22 percent lower turnover rate. The thinking being that if an organization has a more inclusive culture that embraces women, it’s easier to recruit a more diverse staff. “[With] more diverse team chemistry, you get more perspectives with a larger variety of options to consider, and more chances of having innovative solutions proposed, “Jeanne Hultquist writes in the study.

Here are some ways you can help attract and retain more women in your organization and draw from a more diversified field of talent in general.

A family-friendly benefits and leave policy is critical to attracting and retaining talent, especially women. Despite a gradual cultural shift, women are still responsible for the majority of child care and household duties, and a generous, paid-leave policy and flexible work options – while a major draw for parents of both sexes – is one way to make your business more attractive to women. “Offering paid parental leave for men and women is critical to both attracting and retaining female tech talent, “says Jen Dulski, COO of Change.org.

“Equal paid leave is critical because it can help weaken the stereotypes that lead to gender inequality in the workplace,” Dulski says. When people believe that new mothers will take longer leave, it can lead to biases in hiring, pay and promotions. Organizations that ensure parents of both genders can take equal leave can meaningfully reduce these biases over time and not only increase the number of women recruited and hired, but increase the number of women who are retained, according to Change.org data.

Research from the National Partnership for Women and Families supports these assertions. When workers don’t have access to paid leave, they are more likely to need to leave their jobs. Paid leave reduces the associated turnover costs – search, recruitment, loss of productivity, training — and encourages valued workers to stay not just in the labor force, but with the same employer.

“If they [parents] take leave available to them, they feel the company is more supportive and is invested in their future, and they will more than likely return to the same company,” Chris Duchesne, vice president of global workplace solutions at Care.com says.

Workplace flexibility is another selling point that can really make a difference in your employee’s lives, while at the same time, if done correctly, save your organization money. “You could offer transition programs for employees leaving or returning from leave, part-time work schedules, flexible work schedules, work-sharing and job-sharing opportunities, and the like,” says Duchesne, who adds that when you do so, make sure these programs are easy to understand and information and resources are easily accessible.

The technology and IT industries are leading the pack in regards to remote employees and flexible schedules, according to Leslyn Broughton, research vice president at consulting, recruiting and staffing firm Modis. “As an industry[IT and Technology], it tends to afford much more freedom as far as work-life balance, which can be really appealing to women who are often juggling career, children and home responsibilities. The IT Industry is also much more forward-thinking as far as remote working, virtual environments, flexible schedules, work-sharing, “Broughton says.

Women in the U.S. make only 66 percent of what men are paid for similar work, according to the World Economic Forum. Equal pay for equal work is one of the major factors to consider when looking to attract, hire and retain female tech talent.

Here is a telling conversation Dulski had with one of her direct reports that highlights the way woman feel in regards to this issue. “I had one of my female reports in my office for our weekly one-on-one conversation. We were discussing how she’d be recognized for a major success she’d had and she said this to me, ‘Just pay me more. Give me a bonus. Don’t send a company-wide email; I don’t want to have cake, I don’t want a comp day, just pay me more.'”

At first Dulski was taken aback by this response, but after thinking it through it made sense to her. “None of those other rewards matter if, at the end of the day, you’re a woman and you’re making less than male colleagues for doing the same job,” Dulski says.

Since the mid-1980s, the IT industry has been dominated by men, and many women, familiar with discrimination and harassment issues, don’t find it a hospitable environment in which to build their careers. That said, having female leadership – visible, accessible female leadership – can help attract and retain talent, according to Palo Alto Software CEO Sabrina Parsons.

“I often have executives from other companies call me and say, ‘How do you recruit and retain women? The skills gap is huge, and we know women have these skills, but we just can’t get them to apply. We want them, but we don’t understand what we’re doing wrong,'” Parsons says.

One of the first things Parsons says she looks at is the executive leadership team listed on their website. What she typically finds is that most of these executive leadership teams are made up of men only. “At worst, it can seem completely sexist. At best, they might have a woman in the head HR role, and that can seem neutral. But women are going to think twice about applying to a company [where] they don’t feel they’re accurately represented,” says Parsons.

When Parsons took over as CEO, she set about recruiting and hiring other women into Palo Alto’s executive leadership and to the engineering team (across the industry, women make up only a small percentage of software engineers).

Adding a woman to its development leadership team made a big difference when it came to who was applying for positions with her organization. “Once we had Lara [Fields, chief product architect] on board, we absolutely began to get more resumes from other women. Now, 30 percent of our engineering group [is made up of] women. I don’t know if other women are looking at us and saying, ‘There’s a woman at the helm, there are a number of women in leadership positions. Hell, yes, I want to apply!’ but that’s the feeling I get,” Parsons says.

Experts agree that supporting organizations that encourage young girls to pursue careers in IT can hold the key to ensuring a pipeline of talent for the future. “If you don’t have the foundations in place it’s so hard to catch up, and the gender gap just keeps widening as IT workers get further along in their careers,” says Entelo’s Bischke.

While woman make up 48 percent of the U.S. workforce, they comprise only 24 percent of STEM workers, according to the Census Bureau’s 2009 American Community Survey (ACS). In other words, half as many women are working in STEM jobs as one might expect if gender representation in STEM professions mirrored the overall workforce, according to data from a 2011 US Department of Commerce Economics and Statistics Administration report. This underrepresentation has remained fairly consistent at 24 percent over the past decade, even as women’s share of the college educated workforce has increased from 46 percent to 49 percent.

That low level of representation is consistent across all levels of the STEM career pipeline as defined by the Girl Scout Research Institute (GSRI) in a 2012 research report as ‘interest and intent to major in a STEM field in college to having a career in a STEM field in adulthood.’ According to the report, girls lose interest in math and science during middle school, and STEM interest for girls is low, overall, compared to boys.

One approach that’s working, according to co-founder and executive director Angie Schiavoni, is CodeEd, a nonprofit program that teaches computer science to girls from underserved communities, starting in middle school. “We partner with schools, businesses and with other social programs serving low-income girls to provide teachers, who are volunteers, teaching computer science courses, and computers,” says Schiavoni.

Finally, there are a number of HR and recruiting strategies available that can help your organization in these endeavors. You can leverage diversity associations that target underrepresented groups such as Women in Technology for example, or create marketing and sales collateral specifically targeted to diversity groups. You can also use diversity-focused media and social media outlets to advertise your positions, attend minority and diversity focused career fairs or partner with your current employees to reach out to their own professional networks.

As always, you need to track your progress and choose metrics that make sense. SmartRecruiters.com has an excellent piece on recruitment strategies that discusses the relevant metrics in more detail.

Does your organization have a strategy to attract and/or retain female talent? Tell us all about in the comments section, we’d love to hear your thoughts.