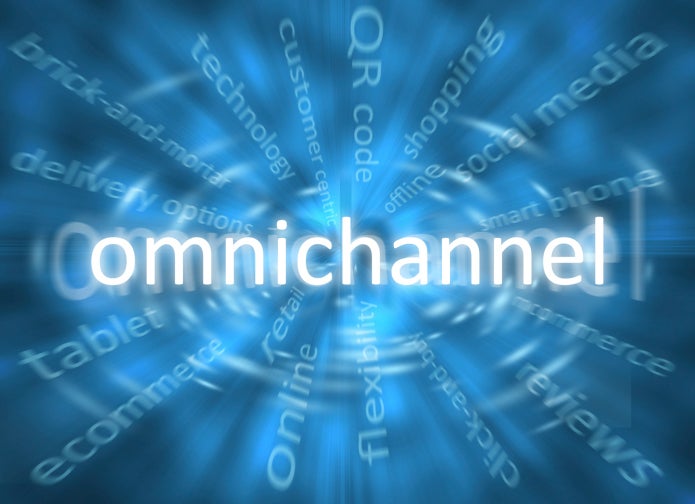 Consumers cast their eyes on many screens, from the smallish smartphone to the widescreen television. They watch primetime shows, tweet on tablets and chat with friends online. Yet companies are just now realizing that these digitally savvy consumers often do these activities at the same time.

This means CIOs and CMOs must stitch together a customer experience that crosses multiple devices, while delivering content that appears to work in concert. In a marketing speak, it’s called “omnichannel.”

When a company sparks a Twitter conversation about its television commercial at the same time the commercial is running on a popular television show, for instance, Twitter can amplify the marketing message by an order of magnitude.

Omnichannel has dramatically changed the way home shopping network QVC, makers of such programs as “In the Kitchen With David,” goes about its business. Two weeks ago, QVC launched a new feature in its tablet app called Second Screen, which acts as a companion to the television show. Customers can see more info about a product, check out videos, view customer ratings and more. The content dynamically changes as the show changes.

How is Second Screen faring since its debut?

“We’ve seen our conversion in that app go up by 200 basis points,” says QVC CIO Linda Dillman. QVC caters to the experiential shopper, she says, “and Second Screen enhances the experience.”

That’s impressive, especially in light of the fact that QVC reported purchases made from smartphones and tablets already had reached $1.2 billion last year. The spike in conversions, though, makes sense since QVC consumers are probably using their tablets while watching television anyway. A 2014 Nielsen survey found that 84 percent of smartphone and tablet owners use their devices as second screens.

Omnichannel Is Here But Not Without Issues

There’s no question omnichannel has arrived, yet omnichannel faces an attribution problem.

Companies wanting to invest in omnichannel don’t know which efforts lead to a sales conversion. For example, a consumer might conduct a product search on a phone, watch a commercial for the product on television, jump into a Twitter conversation, read reviews on Facebook, and then execute the order on a tablet app. But a company might only see value in the tablet app because it ties directly to the sale.

[Related: Retail CIOs Need to Step Up Their Game]

One of the ways QVC gets around this is by using metrics of engagement to determine the effectiveness of an omnichannel investment. Dillman wants to know whether or not consumers are using Second Screen regardless of the conversion rate. “We don’t just watch conversion or have a pure revenue attribution, [rather] we look at how many ways she engaged with us,” Dillman says.

Engagement is the key: Some customers engage with QVC up to 15 times a day over multiple channels to research products, check on orders, watch videos and other activities. “The more platforms she engages with us on, the better customer she is,” Dillman says. “We see it directly in the numbers.”

QVC plans to take omnichannel to the next level. For the next release of Second Screen, Dillman plans to add Facebook, Twitter and Instagram features so that consumers can connect socially. Given QVC’s expertise in video creation, Dillman is also looking at other channels to bring video to the consumer.

“Video is pretty powerful… technology is our sword,” Dillman says. “Digital is such a key part of what we do that it has to be everybody’s job. We have to work together or it won’t work.”