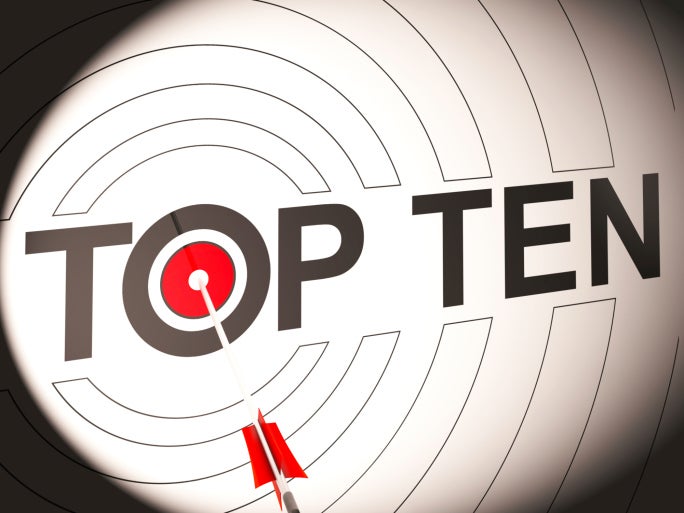 “Futurology has always bounced around between common sense, nonsense and a healthy dose of wishful thinking.” That’s how a 2012 Scientific American article summed up the history of prediction. Our compelling annual urge to predict the future traces back to the ancient Greeks and their Delphic Oracle–so who am I to argue with such venerable tradition? Here’s my top 10 countdown for the shape of our industry in 2015:

10. Tech companies will continue splitting apart as Symantec, HP and eBay have already done. EMC, CA, BMC and Xerox seem to be next in line.

9. Boards will get (even more) paranoid about security. The aftershocks of the Target data breach are still shaking up boards of directors. I see more CEOs getting fired alongside their CIOs.

8. New enterprise IT competitors will multiply as the digital economy takes shape. Just as Amazon.com and Google leveraged their technology prowess beyond the consumer space, so too will Netflix, Uber and Facebook.

7. UX joins the list of core competencies for CIOs. A great user experience in mobile, design and social engagement will determine business value.

6. Data becomes the new world currency for industry leaders, while most companies continue to drown in data rather than reap the benefits.

5. CDOs grab the spotlight. As the past year’s focus on CIO-CMO dynamics wanes, chief digital officers and chief data officers will push forward into the CIO’s domain.

4. Geopolitical borders will slow the growth of the digital economy. Expect governments worldwide to exercise greater control and create regulations challenging the “openness” of the Web.

1. The CIO role evolves and elevates. IT leadership rises to the challenge and masters the business demands around everything from the customer experience to digital security. (That one is my favorite. Happy New Year!)