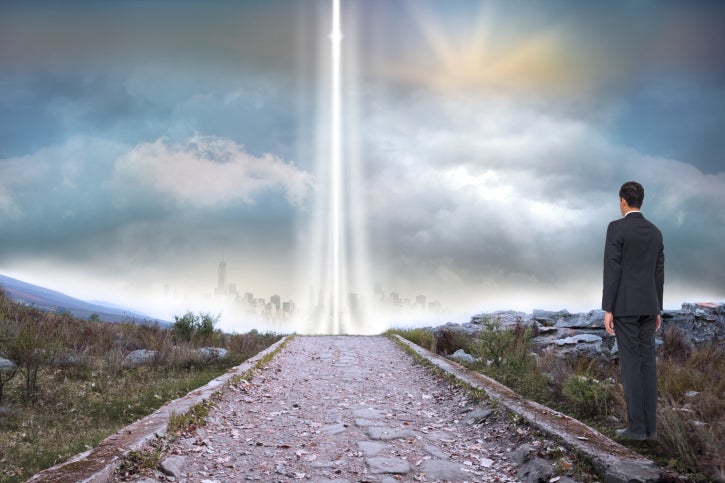 The future of the CIO is perched precariously on the branch of relevance. In other words, the CIO can soar on the wings of massive transformation, helping companies become world-class digital businesses. Or CIOs can topple under this pressure and be “usurped” by a CIO capable of leading this transformation, says Forrester.

Today’s CIO must be a natural leader, fast and agile, says CIO Kevin Griffin at GE Capital International. Technical skills and traditional IT services will take a back seat to emerging digital business technologies in social, mobile, analytics and the cloud. These business technologies, for instance, will help marketers manage the customer journey converting customer engagements into sales.

But what, exactly, does this future CIO look like? CIO.com spoke with Griffin to get his take on the role of the future CIO. Griffin admittedly comes from the IT ranks but is quick to point out that tomorrow’s CIO probably won’t have a technical background. This new kind of CIO will not only have to lead a technical staff but be a leader of leaders in the boardroom as well.

CIO.com: Where is the role of the CIO heading?

Kevin Griffin: The CIO today is typically an IT professional with an MIS or engineering training background. They’re trying to balance the legacy of yesterday with the demands of digital business in the 21st Century.

But the CIO of tomorrow may come from any background, because it’s less about what you know and more about how you learn. Furthermore, the key attributes of the CIO of tomorrow are business acumen for ensuring a strong business-IT alignment, a bias for speed and agility as they recast their businesses as digital businesses, and an ability to influence at board level. These attributes will be found in leaders of all backgrounds, not limited to the engineering track.

Outstanding leadership and influencing skills will be the hallmarks that drive some CIOs to the top.

CIO.com: How important is technical know-how?

Griffin: Technical acumen, which has always been seen as a core field for CIOs, I believe will be increasingly acquired from different sources, such as partners, vendors, customers. Some aspect of IT strategy will be crowd-sourced from the business; we’ve kicked off our own innovation labs across GE Capital in the last couple of years, where we pull cross-functional teams together to work on solutions. Best-of-breed solutions will get leveraged from vendor partners, which happens today.

Digital integration with customers and channels will underpin all IT developments. So regardless of the CIO’s background, there will always be this need for strong IT architecture and engineering functions that integrate solutions into a set of business services that deliver for the business.

I think it’s a big advantage to have a background in technology or some early career experiences, but I don’t think it’s necessarily a prerequisite. There are other ways to acquire that knowledge. If there is a strong IT architecture and engineering function that’s been brought into the business or exists, then the CIO doesn’t have to have it themselves.

CIO.com: How can the nontechnical CIO earn the respect of the IT architecture and engineering staff?

Griffin: They would have respect if that CIO admitted to that weakness; some [CIOs] have tried to hide it or discount it as being important. But if the CIO comes out and says, “Hey, this is my background. No, I don’t have that technical perspective. I’m depending on Carol or John, my design authority. This is the structure I’m putting in place to support that function. I’m going to invest in it, because it’s important,” then the troops will follow. The troops don’t expect the CIO to have all the answers, but they expect the CIO to make the right relative resource calls to ensure that we’re building a sustainable product.

CIO.com: A Forrester report found that only one in five CIOs at Fortune 500 companies says they have the skills to build the business technology agenda. Can today’s CIO successfully transition to this new role?

Griffin: That number is a little lower than I expected. But I’m not surprised that a majority feel that they’re not ready. The question is, what are people prepared to do about that? If we take learning seriously and adopt customer-first thinking, then I feel confident that CIOs who have been brought up in the legacy environment and have a legacy set of skills can transition to the new digital reality.

[Related: CIOs Must Learn to ‘Dance’ With Other C-suite Executives ]

Viewing the business through the eyes of the customer is not something that we tend to do as CIOs. We tend to spend a lot of time talking to supporting functions and internal operations. But are we prepared to take an outside-in view of the business? The typical CIO plays within a certain set of boundaries, or a box. Are we willing to step outside of that and drive cross-functional initiatives? If we stick within an IT boundary, we’re going to miss the digital transformation agenda.

We’ve got big decisions to make in terms of: Do we buy things? Do we build things? Do we partner with folks? Traditionally, there’s been a bias toward building everything. Now we’re realizing that’s just not possible if we’re going to match the market speed that’s demanded. So the ability to knit solutions together from various sources to create something of value for our customers and having the confidence to ditch some partners and go play with some others — that’s what’s going to drive differentiation.

CIO.com: The traditional CIO’s inability to match market speed is something I hear often. It seems CIOs operate on a different clock.

Griffin: You’re right. Every business right now is trying to recast itself as a digital business. There’s no business that’s immune from digital transformation. The biggest challenge is figuring out how to drive some agility in how you deliver IT to a business that’s trying to transform itself. You’re encumbered with legacy technology and legacy skill sets. You probably don’t have the optimal workforce balance, in terms of in-house skills and what you’re depending on partners for. And you don’t necessarily have enough people with vision inside the company about what the future looks like.

[Related: How CIOs Can Survive and Thrive in a Swirl of Change ]

CIOs can bring some outside perspective, in terms of the art of the possible. But I don’t think we’re doing enough of that, and this seems to be a roadblock.

CIO.com: You see a lot of upside for the future CIO. But I’ve heard reports that the CIO role is diminishing, in terms of tech purchasing power and executive influence in the C-suite.

Griffin: I haven’t seen the shift in purchasing power yet — that is, IT spend tends to come through the IT department. But I have seen a lot of new sources of demand for IT. There are a lot of different folks coming to the table with ideas of where we should be investing, what we should be doing. With the consumerization of IT, a lot of people think they have an expert view on this. There’s no shortage of input.

If the CIO is equipped with the right level of business acumen and can hold conversations with everyone at board level with a language they all understand, then there’s absolutely no reason the CIO shouldn’t be a trusted business partner. The CIO can lay down some guard rails, in terms of the IT investment and how things get done.

I see the CIO as taking the guardian or custodian role, so we don’t have shadow IT organizations popping up everywhere. The days of IT strategy getting decided just by the CIO, and the CIO having to convince the CFO or CEO, are gone. The CIO has to be able to take input from all sources and manage and direct the conversation at board level to ensure that we’re getting a 360-degree view of what we should be doing.