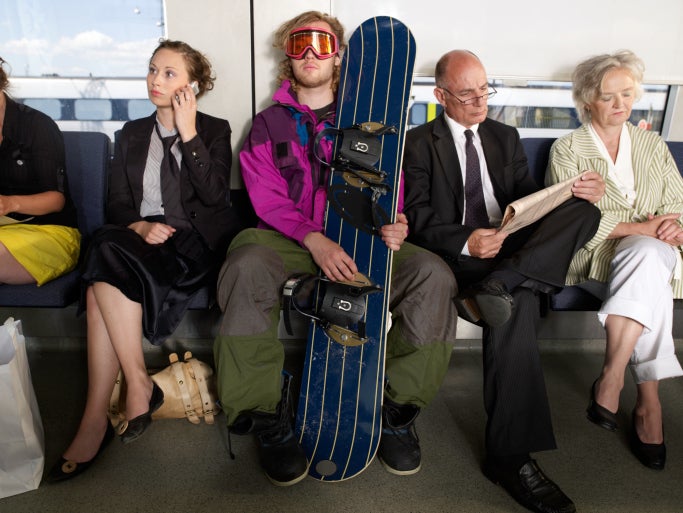 What does a millennial CEO who started his own company during college and the CIO of a Fortune 500 company have in common? A lot more than you might think — especially when it comes to technology.

“I’m scared someone is going to eat my lunch, so I’m trying to monopolize and find the next thing before someone else does,” said Alasdair McLean-Foreman, a millennial and CEO of ecommerce startup, Teikametrics, during the Cross-Generational Technology Leaders panel discussion last week at the MIT Sloan School of Management.

The panel, which included business and IT executives from the Boston Police Department, Santander Bank, VMware, Teikametrics, Cimation as well as an IT consultant, discussed how companies are trying to find that “next thing” by staying on top of tech trends, adapting quickly to change and edging out competitors in an era of digital disruption. While each had opinions and concerns specific to their companies, they echoed many of the same forward-looking views on business and technology.

“In the next five years, you’ll see a punishing rhythm of the destruction of old classic industries that don’t move fast enough, get replaced by young emerging things,” said Tony Scott, CIO of VMware and one of the panelists. “Whenever you have big shifts you expect they’ll take place over a long time. My fear in this transformation is that it will happen a lot faster.”

Beyond the SMAC Stack

Moderator Jeanne Ross, director and principal research scientist at the MIT Center for Information Systems Research, quizzed the panelists about the popular SMAC stack of social, mobile, analytics and cloud technologies, but added her own twist. Ross calls it SMAC-IT to include the Internet of Things.

Panelists agreed that embracing new technologies is critical to business success, but only if companies move fast enough. “We throw a lot of money [toward improving] the way we do the exact same thing,” said Drew Farris, former CIO of TriMark USA and now an IT consultant. “I’m envious of those opportunities to take a technology investment and do something new with it.”

Farris also noted that the level of adoption of SMAC-IT technologies depends on how traditional a company is and what industry they are in. He’s not seeing much SMAC-IT in businesses yet. For example, a large kitchen-supply company he works with still uses fax machines to send orders. Another one of his clients, a private equity company, still uses its home-grown ERP system.

“Some companies got far enough and said they didn’t need more,” said Farris. “Uber’s type of innovation isn’t translating into the nuts and bolts [of these] organizations.”

McLean-Foreman, who has launched several start-ups, said he couldn’t have built Teikametrics without the capabilities of big data and analytics. Those technologies “identified different opportunities to buy the right amount of inventory to predict where prices would go.”

VMWare’s Scott agreed that the opportunities with big data are tremendous but many companies collect tons of data and don’t know what to do with it. “The real promise of big data is not what one company can collect but how it could be combined with an ecosystem and used in an interesting way,” he said. He cited his time at Microsoft (he was CIO from 2008 to 2013) when the vendor was only using half of one percent of the data being collected. The actually useful data was an even smaller amount, he added.

Jonathan Klein, founder and CEO of Cimation, a spinoff of Audubon Engineering, does work for an oil company that is using data from sensors to find more accurate drilling locations. “They are sending the data to India to look for statistical patterns,” he said. “The success rate of [drilling] has gone up tenfold and the stock price is climbing incredibly.”

The Boston Police Department is performing its own basic data and geospatial analysis and has opened up data sets to the public for analysis. “The challenge is to take it to the next level,” said CTO John Daley. “We can’t afford a data scientist.”

During the Boston Marathon bombing investigation, the police department was overwhelmed with information from social media, he said. They’ve since used that situation as an example of how to use data in a rudimentary way for everyday police operations.

David Chaos, CIO of Santander Bank USA isn’t using big data but rather, is focused on managing risk and improving data traceability so the company can have a single view of its customer. “Predicting what people need will help us help people,” he said, referring to the decreased need for physical bank branches and technologies customers want such as mobile check deposit.

How to Land (and Keep) Millennials

On the topic of recruiting and retaining millennials, McLean-Foreman said he incentivizes employees by giving them little challenges such as shorter timeframes for coding projects. “People enjoy the idea that they can make a direct impact,” he said. “Setting up a very rapid opportunity to keep proving yourself, that’s what I like doing.”

Scott said he also thinks it’s important to have faith in younger employees to handle tougher tasks. “I’m just a fan of pushing people a little harder to see what they can do. It gives them a chance to learn and grow.”

In the next five years, you’ll see a punishing rhythm of the destruction of old classic industries that don’t move fast enough, get replaced by young emerging things,” said Tony Scott, CIO of VMware