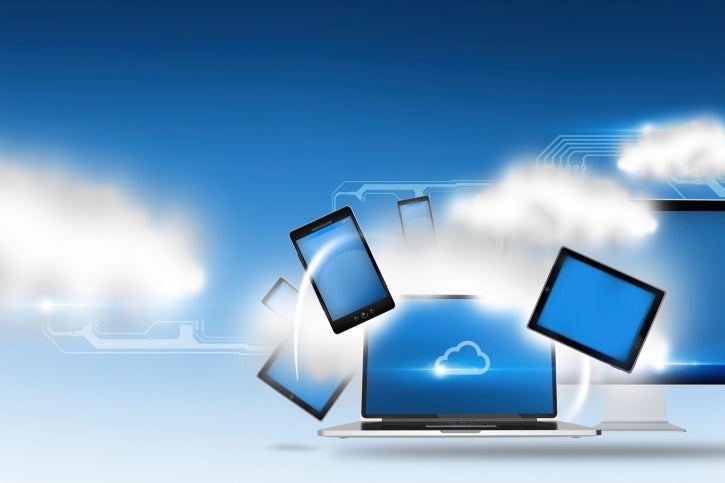 Yamaha Corporation of America, maker of musical instruments and high-end audiovisual gear, has joined the ranks of mid-size enterprises leaving their data centers behind and going all in with public cloud infrastructure Ᾱ well, almost. Its Oracle ERP and Cisco voice system remain on-premises for now.

“All of our infrastructure was in a data center hosted by AT&T,” says Vimal Thomas, vice president, Information Technology Division, Yamaha. “All the hardware belonged to us. They provided the data center and put our systems in place.”

But at the end of 2012, Thomas decided something needed to give. It’s true that his team was wasting budget buying 30 percent more capacity than was needed or used so as to guarantee performance and uptime, but it was the cost in staff that Thomas says hurt the most.

[Related: The Truth About Enterprises and the Public Cloud]

“We really need our IT people spending 70 percent of their time on new initiatives and only 30 percent on routine maintenance activities, yet that wasn’t happening,” he says.

The established Yamaha strategy when it came to servers and infrastructure is that the company wouldn’t buy anything, Thomas explains. Instead it leased everything. The servers were largely on a 30-month cycle, though some of the network gear was on a five-year lease. But with nearly 200 servers, Yamaha had to dedicate about 1.5 IT professionals a month just to cycling old servers out of the data center and new servers in, as well as keeping its servers maintained with patches and updates.

“In late 2012, we sent out an RFP for outsourcing the whole process to somebody else,” Thomas says. “The quotes that we got back to do what we were doing were huge. It was too much for us to bear. We had to come up with a different option.”

Time for the Cloud

Yamaha decided that its best option was to move its environment to a cloud infrastructure-as-a-service (IaaS) provider. It sent out another round of RFPs to six cloud providers. After six to eight months of evaluation, Yamaha decided Amazon Web Services (AWS) was the only provider that met its needs. That was all well-and-good, but Yamaha also lacked experience in the process of lifting its entire infrastructure and migrating it to the public cloud. It needed expert help, and Thomas also wanted a partner that could manage the environment after the migration.

Yamaha chose 2nd Watch as its partner. 2nd Watch is an AWS Premier Consulting Partner with more than 75,000 instances under management across hundreds of partners. 2nd Watch is also no stranger to “lift and shift” migrations: It was the company that helped Condé Nast abandon its data center in favor of AWS earlier this year.

“We don’t focus on refactoring or the latest-and-greatest technology,” says Kris Bliesner, co-founder and CTO of 2nd Watch. “Our real focus has always been around running production applications on the platform. We help enterprises migrate their infrastructure into the public cloud and then manage them.”

The two companies began working together in October 2013 and there was already a time crunch. Thomas wanted to have the migration behind him and done so he could focus his staff on upgrading the Oracle ERP system to R12.

“The cloud migration had to be completed just in time so we could go ahead with Oracle 12,” Thomas says. “They had to take us from start to finish without any hiccups. Any hiccup would have interrupted a much bigger project.”

2nd Watch has a standard cloud migration and management methodology (CM3) that starts with assessment of the infrastructure and determines which applications and workloads are ready to move, which aren’t, and the effort required to shift the latter into the former (configuration changes, updates, upgrades, etc.).

“Yamaha was pretty typical,” Bliesner says. “It’s a good mix of Windows and Linux; that’s pretty common in the enterprise these days. And it’s got several different kinds of environments.”

Everything but Oracle and Cicso Voice Moves to the Cloud

The development and testing systems were the first to migrate, but production workloads followed soon after. And there were no hiccups. By August 2014, all production systems aside from Oracle and Cisco Voice had been moved to the cloud. There were some uncertainties about how Oracle would run on AWS, so Yamaha decided to keep the ERP system running internally, though Thomas hopes to migrate it as well within the next year or so.

The Cisco Voice over IP system will stay on-premises, Thomas says, noting the need to provision telco circuits for voice to work.

For its part, Yamaha no longer has to worry about server maintenance or hardware rotation, and IT can scale resources up and down as needed. Altogether, Yamaha has projected an annual savings of $500,000 through both AWS and 2nd Watch. But for Thomas, the cost savings pales in comparison with the ability to get his team away from maintenance tasks and focused on initiatives that bring value to the business.

“The cost was not the major driver, though it was one of the drivers,” he says. “It was keeping too many of our people from working on what they should be doing, just keeping systems up and running. We have a goal in IT to be an effective business partner. To be effective, what we need is to spend 70 percent of our resources on new initiatives that bring value to the business.”

“We have to keep continually changing and adjusting to bring the ration back to 70/30,” he adds. “That is our goal, but I’m happy if we can get to about 60. Because of the number of systems that we keep adding, it’s hard to get to — it deteriorates very quickly. But now I’m beginning to see us able to hit that goal more often.”

For CIOs facing their own migration, Thomas recommends looking at your infrastructure first and rationalizing what you can. Linux is easy to move, he says, but older Windows environments can be challenging, especially if you have multiple different Windows environments. Windows 2003 environments don’t fit well into AWS, he notes.