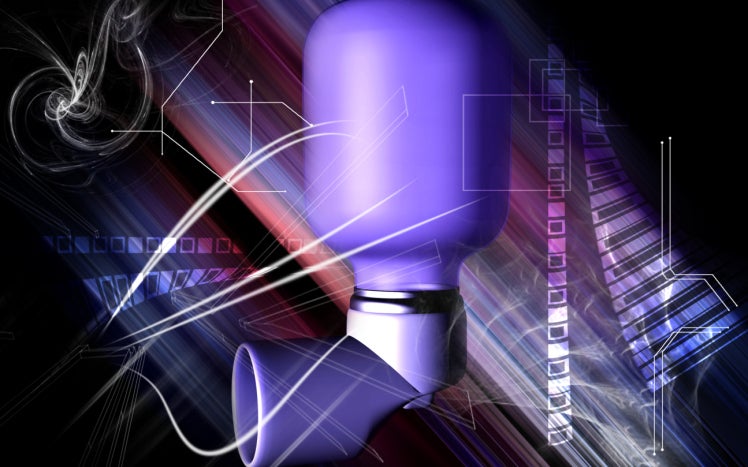 With a bit of help from Microsoft and the Internet of Things (IoT), Swedish medical device company Aerocrine is helping doctors around the world diagnose and treat millions of asthma sufferers more effectively.

Asthma is a chronic inflammatory disease that causes the airways of the lungs to swell and narrow, resulting in shortness of breath, wheezing and coughing. Asthma affects nearly 10 percent of the world population (generally more in developed countries and less in developing countries) and is responsible for about 250,000 to 345,000 deaths a year.

Aerocrine makes devices like NIOX MINO and NIOX VERO, which are essentially like the breathalyzers used by police to measure blood alcohol content, but these devices instead measure fractional exhaled nitric oxide (FeNO), an important biomarker for airway inflammation. Precise measurement of the level of FeNO in a patient’s bloodstream can help clinicians determine whether asthma is the cause of a patient’s symptoms, even when other objective evidence is lacking.

The measurement can also be used to determine the likelihood of steroid responsiveness — corticosteroids are the most common treatment for asthma — and can serve as a guide to step-wise changes in anti-inflammatory medication.

The devices are highly sensitive to changes in the ambient environment and aren’t indicated for home use. Instead, they’re used by physicians and nurses in hospitals and asthma clinics to identify asthma in patients and monitor their progress in controlling the disease.

“Occasionally, our instruments suffer performance issues from dry weather or humidity, and we have to replace them,” says Mats Carlson, vice president of Global Business Development, Aerocrine. “That leads to a few days of downtime, when patients are not being monitored. We needed insight into these issues so we could avoid that downtime.”

Beyond helping its customers avoid downtime, Aerocrine was also struggling with better managing its supply chain. The devices generate a lot of data at the point of care, but the company had no easy way to transmit that data from the devices to its offices.

“We needed to analyze that data to manage the supply chain better,” says Anders Murman, CTO at Aerocrine. “For example, each device contains a sensor, which eventually reaches zero measurements as hospitals and clinics consume the tests. The facility then approaches us for a new device. But we wanted to be more proactive about this, so we would be able to know how and when to deploy resources in the field.”

“It’s a challenge to give proactive customer support and service,” Carlson says. “What we have been looking for is how that can be improved by information technology. What we have found with the technology Microsoft has developed is accessible technology that makes it possible for us to stream data into the cloud and then access and integrate the device data so we can change our business processes and customer support processes in a proactive way to support our customers.”

Aerocrine is using Microsoft Azure Cloud Services to gather telemetry data from computers connected to NIOX MINO devices and then transmit the data for analysis. It developed an application that transmits complex data like sensor and environmental data from each instrument’s sensor, the serial number of devices and sensors and the number of airflow measurements remaining on each instrument. Azure Event Hubs ingests the data from the devices, while Azure Stream Analytics processes the data, which will be presented to Aerocrine’s sales and customer service representatives via Microsoft Power BI for Office 365 dashboards.

Aerocrine is also cross-referencing the data with its Microsoft Dynamics NAV ERP system to give its sales team a clearer view of the devices.

“We can link device serial numbers in NAV to the address of the hospital and then put that address on a map using mapping functionality in power BI,” Murman notes.

The data is already transforming the company’s processes, Carlson and Murman say. With access to near-real-time telemetry data from its devices, Carlson says Aerocrine is able to ask questions that wouldn’t be possible with a traditional relational database system. For instance, it can determine whether devices are operating outside their normal parameters — in conditions with humidity levels that are too high or too low — and create alerts to send to the customer support team. And Murman notes that the deep insight into the devices means Aerocrine can better identify the trigger points that affect performance and use that information to deploy field resources for customer service and sales support.

Ultimately, Carlson says, the company hopes to explore use of the new capabilities to gather and analyze data transmitted from devices in patients’ homes, allowing them to more proactively monitor their asthma while reducing visits to hospitals and clinics.