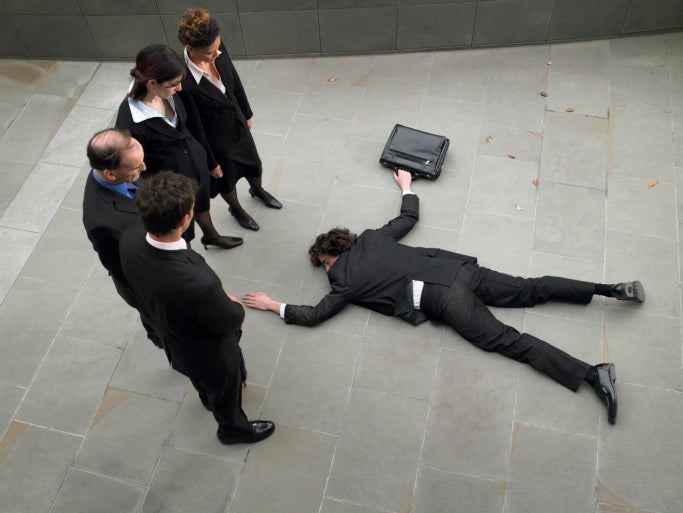 I’m not going to call them out by name. I’m not that fond of getting nasty calls from PR folks, but I’m going to list what I think the conditions are for failure and you can then apply those conditions to your vendors to see how they fit. This goes beyond technology and into most areas of business.

Let’s walk through the danger signs.

There are a number of massive changes set to hit the market this decade. Artificial Intelligence is the scariest and a growing number of folks believe that this may be the thing that ends the human race if we aren’t a lot more carful than we have been.

Granted they said that about the atomic bomb and Hadron Collider, but those also posed huge risks.   Comprehensive converged data centers, whether they are inside or outside of firms (public or private clouds) are changing massively how we buy technology and, once in place, tend to lock out everyone else.

[Related: 10 Things We Want From Our Vendors ]

Social Manipulation from products like Plague will make it far more effective to manipulate people’s opinions rather than just respond to them. And robotics, which encompass everything from self-driving cars and scanning 3D printers to robots like Baxter which can easily replace individual workers, all converge to make the world of 2020 vastly different than the world of today. Past misses of PCs, the Internet, search, social media and consumer electronics all pale in significance to what is coming and most vendors just aren’t prepared for this level of change.

If a firm isn’t making money it isn’t building up reserves and firms will need large reserves as the retool for the coming massive change in this segment. A small firm that can’t find profit, or a large one that can’t simplify to create it, simply won’t have the operating headroom to survive the change that is coming.

There is one segment where this may not be true and that is software because the capability for software to pivot quickly is unmatched in hardware or services.   If a company is basically on life support, unless it has some kind of amazing breakthrough hit (which is statistically unlikely), it probably won’t be around in 2020.

To survive the coming changes firms will have to identify the risk and then pivot quickly to address it. Large complex companies can’t pivot, which is why the majority of companies that were around in the ‘80s weren’t around by the end of the 1990s.

If you are big and complex your capability to pivot timely is vastly reduced as is your capability to address changes like this in a timely fashion. There are too many distractions, too many executives who will actively refuse to see the change and then when they finally do, or are replaced, too little ability to drive change into the firm.   Sony is a good example of this. It got overly complex and both Apple and Samsung took them out at the knees as a result.

4. Being a Public Company

While being public doesn’t assure failure the “activist investors” are using their increased clout to drain public firms of the resources they’ll need to pivot when the market moves.   Private firms are far more able to invest in anticipating the future and build reserves without massive pressure to pay them out in dividends or through stock buyback programs. Private firms, whether they are pre-public or taken private, are able to take the necessary risks without the fear of being pounded in public by traders needing a financial fix.

If you can’t see the future you can’t anticipate it. There are a lot of firms currently being run by people who likely would be better in COO roles than in CEO roles because they are great at keeping the lights on but couldn’t spell “vision” if they had the word in front of them.

[ Related: 8 Tips to Deal With Liability When Outsourcing to Multiple IT Vendors ]

We saw this in spades with Microsoft last decade and while that firm’s massive resources allowed it to survive, Steve Ballmer clearly didn’t and it was largely because he was the wrong kind of CEO for a firm that needed to change massively to adjust to the changing market. Operational types will run from change because they are best at managing to the status quo. But you are not only looking for someone with vision but someone that clearly is anticipating the changes that are coming.

No One Thing Assures Failure

I’m not suggesting that if a firm has one of these problems it will fail, but if it has several its prognoses won’t be that good.   This isn’t as much an issue if you are buying a generic device because you can easily switch to another, but if they are offering either a unique solution you’ll depend on or one that is so massive you can’t easily replace it, your vendor’s risk becomes your risk and you’ll want to avoid that.

So as we approach the end of the year, step back and look closely at the vendors you can’t replace and if you determine they are at high risk of failure you should put in place contingency plans to replace them. If you agree with the massive amount of change I’m anticipating you may want to put in place contingency plans for every critical vendor just in case because no firm is totally assured of surviving what is coming.