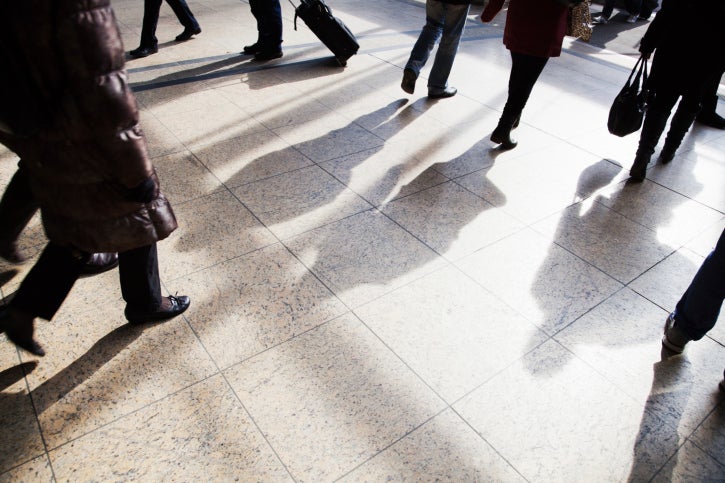 Aaron Hormann, head of marketing at midwest distributor Herregan Distributors, needed mobile device management (MDM) softwar for some 60 iPads in the sales group, and so he sought advice from the company’s IT outsourcer. But the outsourcer pushed a full-featured, unwieldy solution, one where the outsourcer probably already had a reseller agreement in place.

“It was too technical, overkill for what we needed,” Hormann says.

Eventually, Hormann settled on a new MDM service from JAMF Software, called Bushel, which doesn’t require IT involvement — in some cases, not even IT’s knowledge. Herregan Distributors is a kind of beta tester for Bushel; Jamf plans to launch general availability for Bushel in the first quarter of next year.

Tech vendors like Jamf have taken dead aim at marketers and other business executives, designing products and services that don’t require an engineering degree to use and then selling them directly to business users behind IT’s back. This trend, known as shadow or rogue tech, has made its way to MDM.

With MDM, the argument against shadow tech gets a little tricky. Shadow tech often exposes a company to management troubles, integration headaches, regulation issues, data breaches and more. But MDM is technology that attempts to solve some of these problems. In a way, it’s good shadow tech.

“A lot of our beta customers are directors of marketing in large companies,” says Charles Edge, product manager at JAMF Software. “Bushel, which often flies under the radar, helps make directors be compliant with regulations. It tries to help them do the right thing.”

Shadow IT for Shadow Tech

Edge adds that some CIOs and directors of IT haven’t allocated budgets for MDM, especially if the mobile devices that will be coming under MDM’s control are shadow tech, too.

[Related: CBS Interactive CIO Says Shadow IT Is an Opportunity ]

Herregan Distributors didn’t have to deal with political bickering between marketing and IT departments, because the company doesn’t have an internal IT staff or even a CIO. The IT outsourcer handles inventory management and order entry systems, as well as the corporate network. Even so, the IT outsourcer expressed concern when Hormann mentioned he wanted to bring in a mini server to use for the profile manager.

“They didn’t want that to happen,” Hormann says, adding that he ended up not getting the mini server. “With Bushel’s access through the Web, there’s nothing really on our servers. It was part of the reason why it was such an easy sign off.”

Hormann admits he doesn’t have a lot of technical chops, which is why the JAMF team took him step-by-step on how to enroll iPads three different ways: manually, remotely and through Apple’s enrollment service. Now he’s able to use Bushel to handle simple tasks, such as setting up an iPad for a sales rep with the right apps and email access and to ensure Apple’s iOS versions and security measures are up to date on every iPad.

While this might not seem like much, it’s a far cry from where Hormann started. In the past, Hormann needed to get his hands on iPads, log in through the sales person’s corporate ID, and make changes.

“They were kinda out there in the wild,” Hormann says.

With MDM — even shadow MDM — marketing directors and business executives can start to corral some of these management problems before they get out of control.